Taxes/Budget:  1, 4 and there should more options on the table.

A)   I support legislation that will help the State of Illinois and its people. I will not speak on what changes if any should be done until I am elected and have a chance to engage with other leaders who sponsor or co-sponsor legislation for change or otherwise.

A) yes, as long as it doesn’t affect how other bills are introduced or voted on.

A) look at other states with similar populations and see if they have something we could model.

A) That issue is touchy because Chicago has its own position on funding its pension and the other School Districts have theirs.  I would push for the State introducing legislation that all Districts follow one formula.

A) This has to be reviewed, because the some State Schools are favored over other based on a lot of ?

A) I support increases as long as the State and People are able to sustain it.

A) I will always look for other States that have a successful (program) retention method and see if it would be wise on our part to apply or do something similar.

A) I am open for more discussion on both.

A) I would be open for discussion.

A)  only in the areas that have shown for it to be needed.

A) support.  We have to be licensed to own a business what make it any different?

A) I support the election process.

A) I’m undecided. But I would like to see it taken from Elected official.

A) not familiar with the changes.

A) once a person reaches a certain age they should automatically be registered as long as they are citizens.

A) My Father and Mother.  They gave me the opportunity to learn from them on how we can change anything if the people only could understand and participate. 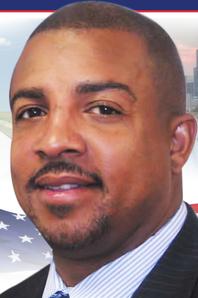