A)  Raise wages for the middle and working class through productivity enhancing federal investments and key tax reductions for workers and small businesses.
Reclaim power in the political process for working Americans by pushing for campaign finance reform and empowering consumer protection to prevent systematic corporate abuse of customers, while ensuring competitive markets.
Finally, protect our seniors and our veterans by preserving and protecting Social Security, Medicare and investing heavily in programs that will create jobs for veterans transitioning back into civilian roles

Q: What are the three most important issues in your district on which you believe the federal government needs to act?
A) Rebuilding our roads and bridges and expanding investments in cost-effective transit programs; invest in education and scientific research; and protecting against vicious political attacks on programs important to seniors

Q) What is your biggest fundamental difference with your opponent(s)?
A) Randy Hultgren's policies of scorched-earth governance are ineffective for the interests of our district. He supports, for instance, privatizing social security, and throwing millions of seniors into poverty. My policies would protect seniors, invest in our district and help create sustainable growth. While my policies would protect consumers, Randy Hultgren has worked tirelessly as a member of the House Financial Services committee to protect the interests of financial firms, at the expense of working Americans.
My primary opponents are well-meaning, decent people, but lack my nuanced understanding of problems facing our district and the country as a whole.

Transparency:
Q) Will you pledge to make public: a) your campaign schedule; b) your fundraiser schedule and the names of all fundraiser hosts ; c) if elected, your daily schedule of meetings? If not, why not?
A) Yes to all questions.
Q) Please list all relatives on public or campaign payrolls and their jobs on those payrolls.
A) None

National security:
Q) What are the most important actions Congress can take to reduce the threat of ISIS abroad and at home?
A) We need to work with our regional allies to thwart all threats of ISIS. We must engage in a strong and coordinated response. Congress should grant authorization for the use of U.S. military force against ISIS (AUMF) which would authorize continuous military operations. Arab nations in the region, however,  should take on the lead role in this conflict, as America cannot afford to spill the precious blood of its young men and women in an effort to police international conflicts.

Q) What bans, if any, do you support on Muslim admissions to the United States? Please explain your position.
A) I would not support any bans on Muslim admissions to the United States. We are a country of immigrants and refugees. Our diversity is one of our countries greatest strengths. I stand for our American values. We are not a nation that backs down out of fear.

Q) Specifically, how would you have, or how did you, vote on the American Security Against Foreign Enemies (SAFE) Act of 2015 and its efforts to make it harder for Syrian and Iraqi refugees to enter the U.S.? Please explain your position.
A) Syrian and Iraqi refugees are facing a humanitarian crisis. The SAFE Act of 2015 would essentially put up an additional roadblock for those fleeing for their lives.  We are not a nation that allows the delivery of refugee children back into the hands of ISIS murderers. Thus, I would have voted against the SAFE Act of 2015.

Q) Do you support a Syrian no-fly zone or the U.S. enforcement of Syrian humanitarian safe zones? Why or why not?
A) I am against a no-fly zone. When a Russian plane violates the no-fly zone, I would not want to risk war with Russia that could escalate into a World War with the potential of a nuclear crisis.

Q) Regarding the House Benghazi Select Committee, should its investigation remain open-ended, or should the panel be given a deadline to complete its work? Please explain.
A) This investigation should not be open ended. Previously, there had been six different Republican led committees that found nothing. With so many other major issues at hand (crumbling infrastructure, student loan debt, etc.), we should not be distracted from taking up those issues on behalf of the American people.

Q) What measures, if any, do you support to give U.S. authorities access to encrypted or "dark web" communications about potential terrorist plots? Please explain.
A) There is a delicate balance to be drawn between the threats of cybersecurity while protecting the right to privacy of the American people. Cooperation is needed between the public and private sectors to allow legislation that, both, keeps our country safe while also protects the privacy and civil liberties of our people.

Q) Do you support transferring the detention of terrorism suspects from Guantanamo Bay to the United States? Why or why not?
A) Yes as long as it is national security interest and public safety issues are addressed. Plus the cost of maintain the facility costs the taxpayers about $500 million dollar s a year.

Q) Do you support or oppose the ''Denying Firearms and Explosives to Dangerous Terrorists Act?" Please explain your position.

A) I support. We should do everything possible to prevent the sale of firearms from getting into the hands of terrorists.

Climate change:
Q) Do you believe there is scientific evidence of climate change, and is it caused by human activity? What is your position on the Paris climate change agreement?

A) Yes and yes. While it is a step forward, it does not go far enough to address our dependence on fossil fuels. We must make key investments that encourage increased use of renewable energy such as solar, wind power, geothermal, and also invest in "silver bullet" green technologies. This presents tremendous economic opportunity to make the United States a world leader in the production of renewable energy, much as it currently a leader in fossil fuel production. It also creates an opportunity to improve the quality of life of and employ millions of job-seeking Americans.

Economy:
Q) What changes, if any, to the U.S. tax code do you support and why?
A) I would support a reduction in FICA payroll taxes ( which penalize working, a near crime in my vew) across the board, while eliminating the tax cap, resulting in a lower tax burden for the vast majority of working Americans. I support the implementation of a financial transaction tax (FTT) that would penalize high-risk, speculative Wall Street trading, minimize the potential for additional "flash crashes"  and leave working and middle class investors almost completely unaffected. I would support legislation that prevents the practice of tax-inversions that allow corporations to avoid paying their corporate taxes.

Q) What are the most important actions Congress can take to ensure the solvency of Social Security?
A) I would eliminate the payroll tax cap on annual incomes over $500,000. This would do a significant amount to balance current revenues and outlays. Notably, however, I would fight back against Washington interests who repeatedly attempt to use the alleged insolvency of Social Security to scale back this vital program, which has done so much to prevent poverty among seniors.

Q) Do you support a "risk fee" on big banks? Why or why not?
A) Yes, I support a risk fee for banks. The higher risk to our countries' financial system on the whole,  the higher the fee. Without this type of fee, we would put ourselves on a path to potential worldwide economic disaster that we still recovering from since 2007. A highly leveraged banking institution has the advantage of taking little or no risk and should have to pay a fee for the privilege.

Health care:
Q) Should Obamacare be overturned, left intact, or changed - and if so how?
A) Obamacare was a good first step but it hasn't gone far enough to ensure healthcare for all Americans. The cost of prescription drugs has skyrocketed. Just as we are able to negotiate drug prices on behalf of the Veterans Administration and Medicaid, we should be able to do likewise with Medicare. Nobody should have to choose between paying for their medicine or putting food on their table.

Immigration:
Q) President Obama used his executive powers to prevent the deportation of "DREAMers-youths who came to the U.S. illegally as children with their parents. Would you support legislation to prevent DREAMer deportations? Do you support putting DREAMers on a path to citizenship?
A) I would support legislation to prevent the deportation of DREAMers. I support the DREAM Act that would allow a pathway to legal citizenship for law-abiding and hard-working young people who want to call America their home.

Education:
Q) What congressional reforms do you favor to address America's student loan crisis?
A) I would allow for the refinancing of student loans just as homeowners are allowed to refinance their mortgages. All too often, well qualified students are forced to drop out of school or forego going to college in the first place. All because of the exorbitant cost of higher education.

Jim Walz is endorsed by the Sun-Times. Read the endorsement. 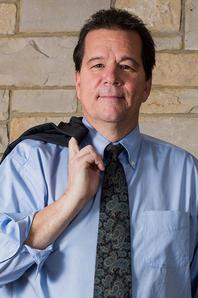