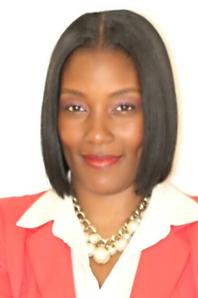 A) I would be in favor of a two tier system:

1. Those individuals that are currently retired will keep their benefits

2. Those individuals who are employed after 2017 will come into a system that will all

Allow a reduce benefit. For example, propose to raise retirement age to 68 years of age. They may have to pay a portion of their health insurance cost such as paying more for family cost(spouse)

A) I’m in favor of the state picking up cost. No, the state should pick up cost even for school districts outside of Chicago.

A) I favor a significant increase in state funding. In efforts to restore Illinois’ leadership, I would implement a plan to increase the level of investment in higher education.

A) A good way to pay for it would be by applying taxes on cars and other vehicles that would be using these named modes of transportation. Yes, I would support a increase in gas tax.

A) 1. Increase the investment in STEM education

2. Increase the investment in higher education

A) Yes, I support clean jobs bill even if the cost slightly increases because in the long run it will be better for Illinois economy and environment.

A) I support state licensing for all firearms dealers.

A) Yes, I support legislation to promote the transparency and preservation of police disciplinary records.

A) I believe there should be a system in place to track/monitor the offender for a period of time. Juveniles should be protected from the general population but their crimes should be made known to entities such as the police department, school system etc. I believe that adult sex offenders should remain know and be removed over a period of time by way of regularly reassessments to determine existing risk factors. There should be annual mandatory assessments of adult offenders.

A) I support creating caps on workers compensation after a serious study of all relevant issues.

A) I support automatic voter registration.

A) My fourth grade teacher Ms. Barlow. She introduced my class to African American Literature and it taught me a lot about my rich culture.