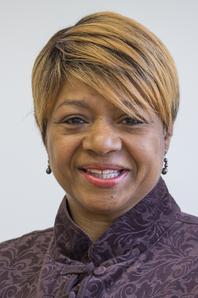 Patricia Van Pelt is endorsed by the Sun-Time. Read the endorsement.

My number one choice for increasing revenue in Illinois is to reduce our spending. Pension reform is primary to that goal and reducing duplicative government units and agencies would free up resources as well. I also support closing corporate loopholes and implementing a fair tax. We have a great need for new revenue in Illinois. However, I believe that everyone should share the burden—not just the poor and middle-class. For that reason, I do not support an increase in the sales tax, which would largely lie on the backs of the poor and middle-class.

Years of underfunding and skipping payments on Illinois pensions has lead to over a $100 billion deficit. It is imperative that we make significant and constitutionally-acceptable changes to our pension system now. I support using a previous model that was adopted by the Senate. It called for an agreement between government and state workers that would give state workers a ability to choose either higher wages or cost-of-living increases in exchange for pension reform

It is critical that we pass a budget as soon as possible. I would need to learn more about the bicameral model and how it would play out. I am very open to the idea of passing the budget using different models.

Illinois' current school funding formula is outdated and ineffective. We need to focus on how we can provide adequate support to all of our schools. I do support developing a single formula for funding. It is unreasonable to support the wealthy schools with more funds than they need while ignoring the essential needs of the very poor schools. Currently, we rely too heavily on property taxes to fund our schools. I supported Senate Bill 318, which called for Republican and Democratic legislators to create a new funding formula so that all schools could be funded equitably across the board. In addition, I support Senate Bill 1 (School Funding Reform Act of 2015), which called for an overhaul of the current funding system and created a simplified formula that was based on local school districts' ability to pay and provided additional funding to areas with high concentrations of poverty.

I support a significant increase in funding to higher education and to all of our schools. It is important that Illinois continues to be relevant in the marketplace when companies are looking to setup in an area with highly educated workforce. University funding should be sacred, including MAP grants for our students that need funding the most.

Q) Illinois has a tremendous backlog of infrastructure needs: roads, bridges, waterways, transit. What would be a good way to pay for it? Do you support an increased gas tax — and/or other taxes and fees — to finance infrastructure improvements, including

Having a good transportation system is very important for all Illinois residents and businesses. I do not support a gas tax increase as our gas prices are already high. I believe Illinois can get its fiscal house in order so we will have funds to improve transportation. Meanwhile, we should stop sweeping accounts that have been created to support our infrastructure improvements.

A reliable funding stream for capital expenses for our transportation system is necessary and very important. But until we can identify additional resources and cut costs it will be almost impossible to create a funding stream for this important area of our state infrastructure.

The most important thing we can do to attract and retain manufacturing jobs in Illinois is to solve the pension crisis and address the revenue shortages that have created dire circumstances for many residents and companies in Illinois. Secondly, we must remove the red tape that slows businesses from getting established in Illinois and help to attract other local supports for businesses as well. Lastly, we should create additional incentives for manufacturing companies that will locate in low-to-moderate income areas.

I think this legislation could be a component of our solution. I also sponsored the Clean Jobs Bill, which focuses on renewable energy to reduce our carbon emissions.

Currently I am a sponsor of the Illinois Clean Jobs Bill, which includes an increase in the Renewable Portfolio Standard. In addition, increased efficiency brought about by this bill will save Illinois residents nearly $1 billion by lowering electricity costs across the state. It will also create tens of thousands of jobs every year.

The Clean Jobs Bill, which I sponsored, calls for the Illinois EPA to develop a mass-based cap and invest market. It also requires an exhaustive stakeholder engagement process that aims to ensure that the cost-effectiveness of this model is a reality. If Illinois along with other states join together to create a multi state market for carbon pollution Illinois can reduce costs further while raising additional revenue.

Yes. There’s too much violence running rampant in Chicago. Gun violence must be reigned in. I support both tighter gun background check laws and limiting straw gun purchases. I also support pushing for tougher penalties for people that bring guns in from out of state to avoid waiting periods and tougher background checks. The vast majority of guns recovered in Chicago were originally sold in other states, including states with weaker gun laws.

I support licensing for all firearm dealers in Illinois. Any funds can be utilized to forge community partnerships around public safety initiatives.

Yes, indeed. We also must better fund our mental health services so less Illinoisans get to the point of crisis

I am fully committed to supporting and introducing legislation to ensure transparency. In addition, I agree that all disciplinary files held by police departments across the state be permanently preserved and be open for review through FOIA.  I believe that the local police unions should have a role in crafting the legislation. Transparency will improve public confidence and promote good policing throughout the state.

Illinois is in need of criminal justice reform, especially in light of the state's financial challenges. I am a strong proponent of eliminating the use of prisons for non-violent offenders. I believe we could ensure public safety while these offenders are housed within communities using various options including mental health or drug rehab programs for drug offenders. Others can be  kept from re-offending through electronic monitoring, home confinement and strict enforcement of probation requirements. This is especially important in my district because of the high rate of imprisonment for nonviolent offenses. Another major drain on the budget is recidivism. Nearly 50% of those exiting Illinois prisons return to prison within three years.

The registry exists as a safety mechanism to help protect general public from sex offenders. In my view, youth that have not shown repeated behavior should not be subject to the registry requirement, especially because of all of the scientific research on the brain and cognitive development of young people. While I am all in support of public safety measures, we as Illinoisans do not have to look far to see that  many youth charged with a sex crime do not need that label for the rest of their lives.

I believe the current system is probably as fair as an independent commission. My greatest concern is the possibility the voices of minority voters would be diluted or in some cases, silenced.

●      Support. I believe automation voter registration would improve public participation in the electoral process. There are approximately 2 million unregistered voters in Illinois. I strongly support a bill that updates the “motor voter” law. I believe this would add many new registered voters to the rolls and would signal to Illinois’ young voters, that their voice matters.

Over the years, advocates (myself included) have worked tirelessly to push for meaningful campaign reform measures in Illinois. Unfortunately, money in politics is similar to water on a roof; over time the water will always find a way to get in. With that in mind, I believe Sunshine Laws are the best option when it comes to campaign-funding reform. In addition, I would support a push for stricter laws around the revolving door between politics and lobbying.

My most important teacher was Mr. Alexander, my 6th grade teacher at Jenner Elementary School located in the Cabrini Green Projects. Mr. Alexander was the first teacher I had that spent time talking to me and other students and helping us resolve issues that happened outside the school doors.