A) Jobs, Education, and to shut down the Border to Black Community pipeline of illegal guns and drugs.

A) Our campaign is operated with all volunteers. No payroll staff.

A) The most important actions our Congress can take is to arm the President with the necessary tools and resources to take the fight to ISIS on their shores and not ours.

A) We are not threatened by the peaceful religion of Islam, nor its followers who are called Muslims, however we must not ignore the threat of Radical Islamist who may use our current immigration policies to their advantage. Until more safety measures are put in place we should not allow admissions from anyone from countries that are hostile and known havens for radicalism.

A) I would not have voted in favor of it because its is only for refugees from Syria and Iraq only. There are surrounding countries like Turkey that can easily become an entry for someone trying to bypass this law.

A) Yes, we must defeat ISIS on its home turf in Syria and support its people who are caught in the cross fire.

A) I will not support any measures that will create a backdoor that could potentially make less secure citizen's information available to hackers. We have a system in place to deal with wiretaps and gathering information.

A) No because it may place the U.S. cities that host them at high risk for local terror attacks.

A) There in no law that can stop gun violence with the exception of banning all guns, which I am against. Congress must take action to shut down the Border to Black community pipeline of illegal guns and drugs that are the major cause of gun violence in the U.S.

A) I oppose this Act because it gives the Attorney General too broad authority.

A) Yes. While the Paris climate change agreement is a step in the right direction, we must  note that the ideas, philosophies, and courtesies of politics are different from laws of atmospherics physics and the laws of nature.

A)Eliminate the tax code. I would support eliminating the payroll tax and replacing it with a flat tax or a tax on services and goods.

A)Congress can make sure Social Security is funded.

A) Yes, it is sound economic policy. It will end practices that cause the banks to fail.

A) I support changing Obamacare and replacing it with the public option and to eliminate the penalty on citizens who do not have health care.

A) Yes because I am Pro-Life.

A)Congress can place a cap on the student loan interest rate, put a cap on percentage of income; expand Pell Grants, and give tax deductions for student loan payments. 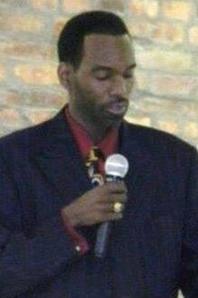