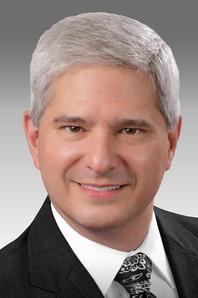 Nick Stella is endorsed by the Sun-Times.Read the endorsement.

A) I have been a business owner for years, and a citizen that has not been insulated from policies that directly impact your everyday working citizen in the communities. I know what it’s like to have to make tough choices with employee pay freezes, cut-backs, and have seen first-hand patients that put off dire medical services due to cost and inadequate healthcare insurance.

A) Yes, however private fundraisers, the host may not want their address listed, other information are listed on the FEC website.

A) We will consider bans on those that are noted for having traveled in and out of troubled hotspots overseas, those that have affiliations with enemies of America personally, also a thorough verified vetting process. They are welcome to reside in the refugee safe zones, out of harm’s way and in safe locations. This process may also allow the United States and International allies to secure and restore their homelands for them to return to if that is their desire. My main concern as a United States Congressman, is to secure this nation for our citizens.

A) I would have voted in favor of the Safe Act 2015, my answers above reflect the reasons why, safety for Americans is my first priority.

A) Now that Russia has partnered with Syria, they have control of the fly zones, we will however support a safe-zone for Syrian refugees in Syria, in order to not displace them from their homeland, which has been their expressed preferment.

A)  I believe the investigation open until all inculpatory evidence has been submitted to congress for review.

A) Anyone operating on the internet black-market in illegal activities and especially any credible terrorist information that is properly vetted by federal security agencies should be shared to local law enforcement to put an end to what could become a tragic local terrorist act.

A) No, if in fact we’re transferring them from one prison to another, why give them the opportunity to expose their jihadist mentality to U.S. citizens in prisons?  There is also the fiscal cost for Union Federal employees to oversee these prisoners compared to the cost of military members at Guantanamo Bay.  Once these detainees are in general population they also pose risks by having access to phones, internet, a way to communicate with the outside world.

A) Better education reform, when people are better educated they aren’t tempted nor led to believe that crime is their only option for survival. As President Obama stated in his SOTU, “we need to enforce current laws already on the books.”  If we turned over all illegal gun possession cases to the U.S. Attorney General we would have less chances of the local county states offices plea bargaining federal cases down to misdemeanors, thereby shortening incarnation time as well as getting time reduced including the time spent in the county jail prior to transfer to the state prison. Prosecutions are down 15 percent from five years ago, that is a problem within itself as those engaging in illegal gun possession are not being prosecuted.

A)  The wording of this act would violate Constitutional law, it would give the Attorney General the authority to deem someone a terrorist, what would that process involved. I have no problem with denying anyone deemed as a terrorist that has gone through the proper channels as due process.  For instance, any group or organization such as the Tea Party and the NRA, may be deemed as terrorist as has been stated in the past by some congressional members, they therefore under this law will have their constitutional rights violated rights to due process, as well as stripping them of their second amendment right. Rep. Peter King as the sponsor of the bill along with co-sponsor Rep. Bill Foster both see no problems with violating a U.S. citizen’s fourth amendment right to strip away their second amendment rights.

A) I worked as a scientist at Argonne laboratories for eight years, of course there is evidence of climate change the earth has gone through three different documented climate changes from extreme cold, known as the ice ages, to extreme warmth which causes the melting the ice. What has not been properly documented with factual evidence is that man has anything to do with the first three. In fact, all the data used has been deemed as climate models, not real solid climate change data. Additionally, data corrected in the last 10 years has proven very slight changes in the global climate, therefore the question should be, why isn’t all the collective factual data being plugged into the model?

A) Repealing the 16th amendment and moving to a flat or fair tax process. The tax code must be simplified and applied justly across the population, this will also allow for overseas funds to be repatriated. The repatriated funds will then allow for the creation of new and higher paying jobs.  In addition, the death tax should be repealed.

A) A balanced federal budget without using funds from social security.

A) Repeal Dodd-Frank and reinstitute Glass–Steagall legislation it prevented large banks from becoming these large conglomerates that using investors and client’s funds in high risk activities.

A) The Affordable Care Act must be repealed and replaced with a health care system that provides quality coverage options with affordable premiums.  Comprehensive reform of the Health Care delivery system is needed to provide care more efficiently and in a more economical manner.  America has the best health care and health care providers in the world.  When the wealthy of the world become sick, they come to America for care.  We must strive to improve the delivery of health care in order to assure no child wants for care, no worker is trapped in an unwanted job, and that the unemployed and elderly are provided affordable quality care.

A) Yes, because we have Obamacare, therefore medical procedures are covered under the that act, as well as Medicare, so why do we need to continue to fund an organization worth billions with taxpayer’s money?  Also the Hyde amendment states that federal funds shall not to be used for abortion except “if the pregnancy is the result of an act of rape or incest; or in the case where a woman suffers from a physical disorder, physical injury, or physical illness, including a life endangering physical condition caused by or arising from the pregnancy itself, that would, as certified by a physician, place the woman in danger of death unless an abortion is performed.

A) No, because that would break up families, and the children should be with their parents, otherwise who take care of the children if they are left behind.  Yes, for citizenship providing that they without being placed in consideration ahead of others that have applied via the proper processes and channels for fairness and equality for all.

A) Economic practices and policies that will enable job creations throughout the nation, so therefore college graduates can acquire full-time employment with livable wages. Colleges have the responsibility to keep their costs streamlined so as to keep tuitions and fees reasonable as well as providing degrees in fields of studies that are in demand for graduates.