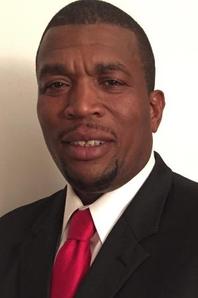 A) I would support option #1 at a 1% income tax on either a temporary and/or permanent basis.  Permanency would be dependent on revenue raised after a fiscal cycle.  I would also support option #4.  Unfortunately we are the state is in a financial crisis and measures must be taken to fill the gaps.

A) I believe the plan introduce by Senator Cullerton would pass constitutional muster.

A)  As long as that template did not hurt the residents of the 6th district.  While I have an obligation to the state, my main obligation is to the people that elected me.  Since July 1, 2015, the cuts made due to the lack of a balanced budget have hurt the most vulnerable segment of my district which is the seniors, children, and working class families.  We have to explore new innovative ways or revisit some out of the box initiatives to generate revenue.

A)  I think both State and City should share the pension cost.  I don’t think other municipalities have the capacity to absorb their respective pension cost.  We should be able to work together to fix the pension problem no matter if you’re in Chicago, Zion, East St. Louis or Peoria.

A) I support an increase in state funding.  We have to have well-educated and trained workforce in order to compete in a global market as well as retain businesses.

A) I think the people of Illinois have been over taxed. Besides a 1% income tax and a progressive income tax, I cannot support putting the burden on the backs of hard working residents who are fighting to simply keep their head above water.  We need to look at other revenue generating ideas like: new casinos specifically in the Chicago area.

A) Provide tax credits for existing business that employ over 100 people and also to  attract new manufacturing businesses who agree to hire a minimum of 100 employees.  Lobby the Federal government to purchase and contract with
manufacturing companies in Illinois to create more jobs.  Work with the businesses to address issues that are causing job losses.  Provide extra incentives for businesses  that provide “on the job” training to Illinois  residents which could be a win/win for  all involved parties.

A)  I would have to look further into this issue.  I am concerned about the motives of a huge corporation such as Exelon.  I would really have to take a close look at the pros and cons of this particular issue.

A) I oppose any further increase in energy cost.  Residents of Illinois and particularly my district have and continue to be having a difficult time as it is with rising energy cost. The freeze on funds to programs such as LIHEAP, have hurt thousands of Illinois residents.  I would not want to burden residents with higher cost if at all possible.

A) I support a carbon tax that will reduce carbon emissions and generate much needed revenue from those that don’t meet the standards.

A) Definitely yes.  The flow of guns especially in urban areas like the 6th
district is alarming.

A) If I’m correct there are already measures in place depending on the crisis. But in the event, I have faith that the courts will make just decisions on a case by case basis.

A) Support.  In light of recent events, this is one way of mending the bridge between  police and community

A) I support this measure.  Our jails are busting at the seams with  non-violent offenders who in some cases are in need of preventative treatment instead of incarceration.  Yes I support the early release if there were a panel of professionals to make a correct assessment

A) Yes with the exception of sexual offenders and some violent crimes with a sliding  scale depending on the crime.

A) Yes especially if it would save the state money.

A) While I believe in second chances, I understand that sex offenders have issues that sometime, cannot be corrected.  I think it would be a disservice to the communities of the state.  In this particular instance, it is better to be safe than sorry.

A) If any I would make the equitable for both parties.  Understanding that large corporations  to mid size business have the luxury of lawyers, while the average worker is not equipped for such a fight if there is one.

A) There should be a cap on amount given to candidates by a corporate entity, special interest groups, its employees and immediate family members i.e. spouses, husbands etc..

A) There were actually two.  My 5th grade teacher Ms. Hardy, who pushed us to be the best and would allow us to be mediocre students.  My Sophomore History teacher, who taught me the importance of history and how it typically repeats itself.  It raised my level of awareness of current events and how they could be shaped by the past.