A)  Yes, I support installing disinfection technology at the Stickney Water Reclamation Plant. Every major sewer treatment plant in the country is using disinfection to remove harmful sewage based bacteria from entering the surrounding waterways.

Q) How would you improve the current phosphorus-removal plans underway at the MWRD? Do you think this important? If so, why?

A) The MWRD has started implementing plans for phosphorus removal at its plants. Specifically at Stickney, the MWRD is utilizing fewer primary tanks to increase the biodegradable organic load, its increasing the solids retention time in the primary tanks to increase biodegradable organics, converting new sludge gravity tanks to sludge fermenters, installing baffles between the anaerobic and aerobic zones to increase solids deposition, installing waste activated sludge stripping to remove phosphorus and pearl reactors to recover the captured phosphorus. I do not have any current proposals to improve phosphorus removal at any of the MWRD plants.

Phosphates stimulate the growth of algae and aquatic plants that provide food for fish. This may cause an increase in the fish population, benefiting aquatic lifeforms. Excess phosphates, however, may cause an excessive growth in algae and aquatic plants, choking waterways and using up large amounts of oxygen. The decrease in oxygen levels can result in the death of aquatic life. Phosphorus removal is extremely important. Last August, officials in Toledo declared a water ban due to an algae bloom in Lake Erie.

Q) Do you support any alternatives to maximize the capacity of the Tunnel and Reservoir Plan? Which ones do you support?

A) I do not support any alternatives to maximize the capacity of the Tunnel and Reservoir Plan. Improving and modernizing the local sewer and storm water infrastructure is my foremost priority.

Q) What do you think the MWRD’s role should be in reducing chloride usage?

A) The Illinois Pollution Control Board (IPCB) has finalized a new water quality standard for chloride for the Chicago Area Waterways System. Since the MWRD holds jurisdiction over a large portion of Cook County, the MWRD should be a leader in reducing chloride usage and set an example for other water agencies to follow.

A) To avoid flooding, Chicago built a stormwater conveyance system in 1856. Like most cities during that time, Chicago built one underground system that combines both wastewater and stormwater. When there is too much stormwater, the combined sewers overflow and release untreated waste and stormwater into the Chicago River. This practice harms the health and habitat of the river. Homeowners occasionally experience this excess stormwater as flooding in their basements. The role of the MWRD should be to invest and modernize the local sewer and stormwater infrastructure to reduce the amount of water flowing into the sewer system.

Currently, the District notifies the affected public about CSO’s. The District considers the affected public to include governmental organizations, civic groups, recreational groups or any public citizen with an interest in or responsibility for the condition of the Chicago Area Waterway System. Currently, the District identified the following organizations to be among the affected public: the USEPA; the IEPA; the City of Chicago; all municipalities located adjacent to the CAWS; the Friends of the Chicago River; NeighborSpace; the Openlands Project; the Sierra Club; the Civic Federation; the Prairie Rivers Network; the Lake Michigan Federation; and other environmentally based organizations.

The District does a poor job of notifying the public about CSO’s, because it is largely dependent on the aforementioned organizations. The District should provide the capability of concerned individuals to sign up for CSO notifications through the MWRD webpage.

Q) How do you the see role of wastewater treatment agencies changing over the next 10 years?

A) In water short areas, such as California and Nevada, I see wastewater reclamation as a viable alternative to supplement water supplies. In particular, membrane treatment (reverse osmosis) has played an important role in purifying water cost-effectively. Reverse osmosis membrane technology has been shown to significantly reduce total dissolved solids, heavy metals, organic pollutants, viruses, bacteria, and other dissolved contaminants. Due to the growing demand for high quality water in urban areas, purification of wastewater is become one of the preferred means of augmenting water resources. In particular, high quality reclaimed wastewater can be used for industrial customers.

Q) Should the MWRD set a goal of making Chicago area waterways clean enough for swimming?

A) Yes, I believe that should be a goal for the MWRD.

Q) What should the MWRD’s role be in addressing Asian carp and other invasive species in Chicago area waterways?

A) The MWRD should be the leader in addressing Asian carp and other invasive species in Chicago area waterways. The Sierra Club has taken a view for a hydrologic separation of the Chicago River from Lake Michigan. Although I agree that this is the best option to keep invasive species from entering our Great Lakes, economically it is infeasible. I believe there are other ways to address Asian carp, such as providing subsidies for fishermen and building barriers. As Commissioner, I am open to new ideas to stop invasive species from spreading throughout the Chicago area waterways that is fiscally responsible.

Q) The MWRD is Cook County’s second largest landowner. Does the District have a responsibility to ensure companies to which it leases land are good environmental stewards?

A) Absolutely, the MWRD should ensure companies are good environmental stewards, especially those that lease land from the MWRD. Last year, Olympic Oil which leases land from the MWRD spilled 340,000 pounds of antifreeze violating environmental regulations. The MWRD has done nothing even though Attorney General Lisa Madigan has filed suit and is seeking $450,000 in fines for violations.

Q) How would you rate the current performance of the District?

A) The District is performing better than its peers; the City of Chicago, Cook County and the State of Illinois. However, it could be performing much better fiscally, ethically and environmentally.

Q) What should the District’s role be in coordinating efforts with other government agencies in the Chicago area watersheds to manage those watersheds?

A) The District should be the leader in coordinating efforts with other government agencies in the Chicago area because its mission is to protect and manage water as a vital resource for the entire Chicagoland area. 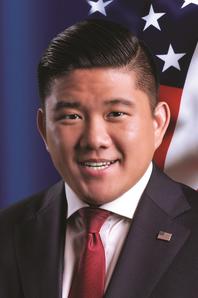