Q)  What are three top national legislative priorities for the country?

A) My three top national legislative priorities for the country are job creation, preventing and curbing gun violence, and eliminating disparities in health care.

Q)  What are the three most important issues in your district on which you believe the federal  government needs to act?

A) The three most important issues in my district are gun and youth violence, youth unemployment and inadequate and underfunded schools.

Q) What is your biggest fundamental difference with your opponent (s)?

A) First, Congress should close the terrorist gun loophole that allows FBI terror suspects to buy assault weapons.  Second, Congress should cut ISIS money through the US and International financial system.  Third, Congress should improve intelligence sharing with our allies in the fight against ISIS. Last, prevent homegrown terrorists by creating an office within the Department of Homeland Security tasked with countering extremism.

Q) What bans, if any, do you support on Muslim admission to the United States?

A)  I do not support a ban on Muslim admission, but I do support strengthening the visa waiver program so ISIS fighters cannot access the program and travel to the United States.

Q) Specifically, how would you have, or how did you, vote on the American Security Against Foreign Enemies (SAFE) Act of 2015 and its efforts to make it harder for Syrian and Iraqi refugees to enter the US. ?  Please explain your position.

A)  I voted against the SAFE ACT because the United States already screens all refugees for 18-24 months before they enter the United States. The SAFE ACT assumes that the US screening process is comparable to the European system, however, the U. S. Department of Homeland Security does an extensive vetting prior to entry, thereby reducing significantly the threat of bad actors gaining entry into the country.

Q)  Do you support a Syrian no-fly zone or the U.S. enforcement of Syrian humanitarian safe zones? Why or Why not?

A) Yes, I do support a Syrian no-fly zone or a U.S. enforcement of Syrian humanitarian safe zones.  I do believe we need a mechanism to protect locals and allow them to have access to designated zones without fear of Syrian airstrikes.

Q)  Regarding the House Benghazi Select Committee, should its investigation remain open-ended, or should the panel be given a deadline to complete its work?  Please explain.

A)  In October of last year House Majority Leader Kevin McCarthy admitted the that the purpose of the Benghazi Select Committee was to bring down former Secretary Clinton’s poll numbers.  "Everybody thought Hillary Clinton was unbeatable, right?" McCarthy said on Fox News. "But we put together a Benghazi special committee, a select committee. What are her numbers today? Her numbers are dropping. Why? Because she's untrustable. But no one would have known any of that had happened had we not fought."

The investigation panel, which has cost tax-payers over $5 million, should be shut down.

Q)  What measures, if any , do you support  to give U.S. authorities access to encrypted or “dark web”  communications about potential terrorist plots?  Please explain.

I support giving U. S. authorities limited use of the Internet, only for law enforcement purposes with adequate court supervision.

A)  Congress should close the gun loophole and require background checks on all private sales of firearms.

Q) Do you support or oppose the “Denying Firearms and Explosives to Dangerous Terrorists Act?  Please explain your position?

I support the “Denying Firearms and Explosives to Dangerous Terrorists Act”.  This measure would prevent FBI terror suspects from buying assault weapons.

Q)  Do you believe there is scientific evidence of climate change, and it is caused by human activity? What is your position on the Paris climate change agreement?

A) Yes, I believe there is scientific evidence of climate change, and that it is caused by human activity. The effects of climate change are being felt worldwide, impacting every sector of the global economy. The Paris agreement (COP21), which I support, is an historic milestone with the Unites States and the international community coming together and pledging to aggressively address one of the most challenging threats the world currently faces.

A) I support ending tax incentives for companies that shift profits offshore.  We need a progressive tax system that can significantly help to eradicate the tremendous income gap that exists in this country.

Q)  What are the most important actions Congress can take to ensure the solvency of Social Security?

Social Security is the bedrock retirement income source for American workers.  To ensure its solvency we should not entertain measures to privatize the fund. Congress should shore up Social Security and increase its benefits.

Q) Should Obamacare be overturned, left intact, or changed-and if so how?

A)  I strongly supported the passage of the Affordable Care Act and worked to oppose GOP-sponsored legislation that would overturn this historic legislation.

Q)  Do you favor stripping federal funds from Planned Parenthood? Why or Why not?

Q)  President Obama used his executive powers to prevent the deportation of “Dreamers” - youth who came to the U.S. illegally as children with their parents.  Would you support legislation to prevent Dreamer deportations?  Do you support putting Dreamers on a path to citizenship.

A)  I support legislation preventing deportation of “Dreamers” as well as supporting a path to citizenship for them. Our nation was built in part by immigrants and while I recognize the extreme importance of controlling the inflow of immigrant populations, our nation’s immigrants continue to make this the great country it is today.

Q) What congressional reform do you favor to address America’s student loan crisis? 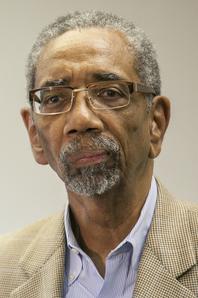 Bobby L. Rush is endorsed by the Sun-Times. Read the endorsement.

About
2016 Election Home
View on Mobile