Q) Would you seek legislation or have a policy, as some reform advocates have called for, that all cases in which police are accused of crimes are referred to a court-appointed special prosecutor? If not, what would be your criteria for when to indict a police officer for a shooting

A) The definition of murder under Illinois does not change because someone wears a badge.  However, judicial, jury and prosecutor determinations regarding intent and fact interpretation for police officers are different from killings committed by ordinary citizens because ordinary citizens are not required by law and oath to pro-actively charge into life threatening circumstances on a daily basis.

I would not need a special prosecutor to fairly and impartially decide whether or not to seek indictments or directly prosecute police killings. However, our system cannot operate based on the qualifications of one person.  Government by law has to be able to accommodate the best and
the worst people that are elected, so safeguards have to be built into the system.  In a normal, honest and non-political prosecutor’s office, there would not be the need for a special prosecutor to investigate police-involved shootings.  However, given the history of systemic political
corruption in Cook County and the domination of the State’s Attorney’s office by Democrat political bosses and political appointees, a special prosecutor should be enacted by state law for every jurisdiction in Illinois.

Q) What professional experience would you bring to the job of state’s attorney that would best qualify you to handle the office’s wide variety of criminal and civil cases?

A)  I was a highly effective and well respected prosecutor in the Cook County State’s Attorney office for 30 years.  My record of accomplishment as both a trial attorney and as a trial supervisor are better than any candidate this year in either political party.

Q)  What would you as state's attorney do to address the increasing numbers of shootings and homicides in Chicago?

A)  The only role that State’s Attorney can play in the reduction of shootings and homicides is the full prosecution of offenders, but that is after the crime is committed.  Stiff prison sentences are supposed to act as a future deterrence as a warning to others, but in Chicago that seems to
work in theory and fail in practice.  The State’s Attorney can offer an opinion regarding public policies that can be enacted on the state, county and municipal level, but in the end, the State’s Attorney is required to enforce the law to the best of his or her ability.  We cannot selectively
prosecute laws we like and ignore prosecution of laws we don’t like.  To more specifically answer your question, the State’s Attorney does not make public policy nor does he patrol the streets to enforce the law, so reducing crime rates is not directly within his power.   However, the Community Outreach programs that I would initiate would go a long way to building up rapport with community groups, by reaching out into the communities and opening up lines of communication to help stem the violence.

Q) Do you support a proposal to establish a special gun court in Cook County or, as an alternative, a special "gun call?" The gun call would establish a rotating panel of three judges to conduct bail hearings for every illegal gun possession case. Those cases would be heard in a courtroom at 26th and California that's normally reserved for violent crimes such as murder and sexual assault.

A) I think that is an excellent idea and I would encourage the County Board and the Chief Judge to implement and fund such a system.

Q) What would be your policy as state's attorney with respect to making evidence — such as a police dashcam video — public in a case prior to charges being filed, a trial or a conviction?

A)  Any evidence that can be released to the defense attorney can also be released to the general public at the same time in the pre-trial discovery process.   The release of the same information would be available even earlier from the police agency through a FOIA request.

Q) Each candidate for state’s attorney has important political supporters or donors. What will you do to assure they do not have undue influence in your office?

A)  Every person who donates to me knows that I have a zero tolerance for political interference with prosecutions, which is why they support me in the first place.   Any attempt to influence a prosecution will result in the prosecution of the person trying to interfere.

Q) How would you assess the effectiveness of the existing Conviction Integrity Unit? Should changes be made going forward?

A) Integrity and justice must always be at the very heart of our criminal justice system. The Conviction Integrity Unit of the State’s Attorney’s Office is a relatively new unit, though it is part of a growing trend nationwide among prosecutors’ offices. As such, going forward, there should be regular, annual assessments of the effectiveness of this unit, and the cases that it reviews. I would be in favor of strong input from leaders and respected scholars in the legal community from outside the office, to make the review actions of this unit as impartial and thorough as possible.

Q) What ideas do you have to shorten the delays between and indictment and trial for defendants in Cook County Jail?

Q) When is it appropriate to recruit the FBI and United States attorney’s office for assistance in cases that fall under state jurisdiction?

A)  Every case is different so there is no way to predict or set criteria for involving other agencies other than a conflict of interest.  Often times the Federal government will request cases before the criteria even need to be examined or are independently conducting federal law violation investigations that we are not aware of that overlap with state law violations.

Q)  Cook County has begun to move toward reducing incarceration for low-level, nonviolent crimes. But some low-level drug offenses carry mandatory sentences because they take place near schools, churches, parks and other restricted areas.  Do you support that policy, or should

Q) Prisons across the country have become more crowded in part because sentences for serious crimes have steadily become longer. Are these sentences justified, necessary and effective or should Illinois stem or reverse this trend toward longer sentences?

A)  I believe we need to separate violent criminals from society at any cost, but I support any effort to make those same prisoners work to lessen the cost of the incarceration while educating themselves to prepare for gainful employment post-incarceration.  These policies must also be
augmented by the elimination of discrimination for former non-violent felons in the job application process to reduce recidivism and boost post incarceration employment.  We should also look at encouraging and requiring ex-convicts to relocate from their previous neighborhoods
or municipalities because statistics show that some old friends and some surroundings tend to assist ex-convicts in sliding back into old bad and illegal habits.

Q) The civil division of the U.S. attorney’s office collects judgments that return to taxpayers more money than the budget of the office. The Cook County state’s attorney’s civil division recovers far less money. How would you increase this recovery?

A) Both the civil and criminal divisions in the State’s Attorney’s Office are responsible for recovering money, though in different ways. Two prominent areas where we need to put more emphasis on are civil forfeiture proceedings and the recovery of criminal fines, fees and costs.

Criminal offenders must be given more incentives to stop committing crimes.  Criminal offenders must be made to understand that the cost of committing a crime goes beyond just potential incarceration and loss of assets will serve as an additional deterrent. The State’s Attorney’s Office has wide latitude in seizing items of property used in the commission of
crimes so we should start aggressively seizing cars and real estate and do a better job of finding assets sloppily hidden in the names of relatives and friends.  Further, every guilty finding on a criminal case comes with statutorily required fines, fees and cost. However, the recovery of these
monetary penalties are not uniformly enforced in the courtrooms across Cook County, either by the prosecutors or by the judges. There needs to be a uniform enforcement of the recovery of
these monetary penalties.

Q)  The U.S. and Illinois supreme courts have said mandatory life without parole is unconstitutional for juveniles. What, if anything, should be done about juveniles convicted in Cook County who already are serving such sentences?

A) For laws to be deemed “just and fair” they must be applied equally across the spectrum of cases that pass through our criminal justice system. The high courts have, in fact, recently ruled that mandatory life without parole is unconstitutional for juveniles. Given that fact, sentences that have already been imposed should be re-evaluated in light of these recent rulings. 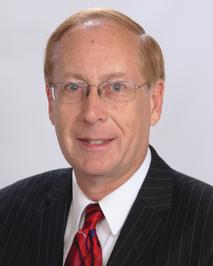