Illinois must clean up the waste, fraud and abuse so rampant in this state for many years before considering charging our hard working taxpayers even more.  Increasing taxes without basic, common sense reforms like those proposed by Governor Rauner would just accelerate the exodus of businesses and jobs (and thus tax revenue) from Illinois.  When the Democrat majority approves these necessary reforms, I believe Republicans will consider a temporary tax increase specifically to pay down some of the unpaid bills.  Such a temporary tax increase could be on income or services.  Taxing retirement income would just accelerate the exodus of retirees to Florida, Texas or Tennessee where there is no income tax.

A) We must stop the situation from getting worse by continuing down our current path.  We must follow the example of the private sector and move to defined contribution plans instead of defined benefit plans.  We will have to honor existing earned pension rights unless there is a constitutional change which is unlikely.

A) I would consider that but the real problem is leadership that hangs on to power for far too long.  I strongly support term limits, not only for leadership but for all legislators as well.

A) Fund 100% of foundation level support and then help those districts most in need.  However, we need to make our education system much more cost effective by encouraging school choice, merit pay for teachers and accountability for all, including administrators.

A) I believe each school district should ultimately be responsible for its own pension costs but the transition to such a standard must be done carefully and fairly.

A) We must make our school system more efficient through greater competition.  Charter schools are a positive step in that direction.

A) Illinois is a transportation hub and we must maintain our infrastructure to continue our leadership role as a transportation center.  Motor fuel taxes should be dedicated solely to infrastructure improvements and not “borrowed” for other purposes.  With gas prices at relatively low levels, this is a good time to consider an increase in the user fee of motor fuel taxes.

A. I would consider that but we must be very careful because such “funding streams” tend to grow over time and never seem to end, even when no longer needed.

A) I lean towards support but I would continue to listen to both sides of the argument.

A) We are all concerned about the future of our environment but that must be balanced with the cost to Illinois consumers.

A) not at this time

A) Support banning those who are on no-fly list from purchasing guns without some kind of court oversight.  Support limiting straw man gun purchases.

A) Support with limits

A) Non-violent crimes, yes, but not all crimes.

A) I have not seen the proposal.

A) “Merit selection” sounds wonderful but the devil is in the details.

A) For an individual to receive 100% coverage under Workman’s Comp, the injury should be primarily related to the job.

Ending venue shopping is the easiest, most common sense step towards tort reform.

A) Oppose but above all, I believe a voter (whether automatically registered or not) should be required to produce a state issued picture ID to vote as is required in many other states in order to reduce voter fraud in Illinois.  For those who do not have a driver’s license, the state should provide a picture ID at no charge.

A) Incumbents tend to have a significant advantage over challengers and campaign-funding laws frequently help incumbents.

A) My mother, my sister, my daughter-in-law, my daughter, my son-in-law and I all are or were teachers.  I don’t want to pick one of them. 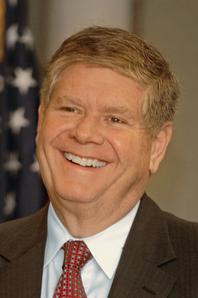