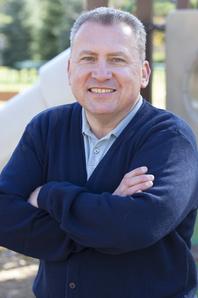 BS, Univeristy of Illinois at Chicago

1.  We need comprehensive campaign finance reform.  For starters, we need to overturn “Citizens United” with a constitutional amendment to force the Supreme Court to recognize our power to regulate elections.

When Illinois faced a standoff in the fight against corruption, it was my resolution that called for the constitutional amendment allowing Illinois citizens to recall their governor.  I know we can do the same on the national level.

2.  Congress should protect the rights of immigrants and communities of faith that are currently being attacked by certain politicians.  I will fight against any attempt to use the federal government as a tool for scapegoating minorities.  Instead, I’ll support immigration reform to open our borders to the next first-generation Americans.

3.  Education is the key to our future, but any reforms will be squandered unless they are provided to all students.  Congress should lead states away from their over-reliance on property tax as the primary source of funding education to more equitably distribute the costs and benefits across demographics.

We also need to ensure access to high quality community colleges, vocational schools, and state universities.  As a graduate of Elgin Community College and a public university, I know first-hand the value of public higher education.

A)  My district needs 21st century transportation to connect us with the jobs, culture, and opportunities of nearby Chicago.  Our highways (which always seem to be under construction) should be better-maintained, but also supplemented with light rail.  I will spend my tenure in Congress fighting to procure funding for light rail from Chicago to Rockford, which will run through the heart of the 8th District.

A)  I have the legislative experience and the lived experience to succeed as a progressive force for change in Congress.  As a child, I picked corn in winter on my grandfather’s farm, and shined shoes to make money.  After graduating from community college, serving as a Navy Corpsman, and attending public university and law school, I was able to open my law firm and become a successful attorney. This has given me a full appreciation for how the government can provide opportunities for hard-working people to succeed.

In nine years in the Illinois Senate, I’ve tried to pay my debt forward and give others the same opportunities that I had.  I’ve consistently supported the rights of workers to unionize (earning a 98% rating with the AFL/CIO), the rights of women (100% Planned Parenthood), and the rights of immigrants

A)  Yes.  Absolutely.  My donors are overwhelmingly Illinois residents and residents of the 8th Congressional District, and I’m proud to have earned their support.

A)  In the short-term, we need to authorize the President to stop the advance of ISIS with airstrikes or other force, and use economic sanctions to cut off their resources.  Long-term, we must continue to train our allies in the region so that they can enforce a lasting, democratic peace.

Most importantly, we need to take the moral high ground on issues on diversity and inclusiveness.  This will embolden moderates and make it harder for ISIS to recruit new members.

A)  Any religious test on immigration is unconstitutional.  I will do everything I can to use this campaign and, if elected, my bully pulpit in Congress to protect the first amendment rights of Muslims in America.

A)  The refugees affected by this bill had already gone through our extensive security clearance process.  This bill was nothing more than xenophobia, and I would have opposed it.

A)  We need to work with our international allies to secure a peaceful solution to the situation in Syria.  Long-term, unilateral military action is not feasible.

A)  The Benghazi Committee is not serving any purpose for the American people.  Its purpose is political, and it should be ended.

A)  The US Government should be able to monitor communications when it has a warrant to do so.

A)  Yes. As President Obama said in his State of the Union Address, this prison is expensive and hurts our standing in the world.  As a lawyer, I know the importance of due process to make sure innocent people are not swept up in an over-zealous search for enemies.

A)  I have long supported sensible restrictions on buying and owning guns.  The government can mandate background checks, enforce a waiting period, and close the gun-show loophole to reduce the likelihood of gun violence.  I do believe in a personal right to bear arms, but that right can be regulated, just like the government regulates dangerous forms of speech such as threats or libel.

A) We need a comprehensive gun control policy, which would make this bill unnecessary.

A)  We recently finished the hottest year on record, 2015, following the previous hottest year on record, 2014.  Our best scientists (in fact, all of our scientists) have made it clear that climate change is real, and that human activity is the most likely cause.   I am proud that President Obama has stepped up with leaders from around the world to pledge to reduce our negative impact on the planet.

Green energy is a growing sector of the economy that creates jobs, drives down the cost of energy, and keeps America at the forefront of research and technology.  Investments in energy efficiency will help the country—and individual households—reduce emissions while saving money.  Congress should encourage both of these.

A)  We need to reduce the ability of the wealthy to evade taxes and avoid paying their fair share.  This includes eliminating the “carried interest” loophole and raising the capital gains tax, so hedge fund managers can’t hide their true income.

(Wanted to contrast with Raja, and just read this NYT article… http://www.nytimes.com/2015/12/30/business/economy/for-the-wealthiest-private-tax-system-saves-them-billions.html)

A)  I would be open to this or other policies to insure against the kind of financial crisis caused by big banks in 2008.  “Too Big to Fail” and “Too Big for Trial”

A)  I believe that it is the responsibility of government to assure access to quality health care for every citizen. Affordable and effective healthcare can be a reality in the United States, but the Affordable Care Act, or Obamacare, is not the best policy.

I support a single payer system that provides access to a full range of preventative, acute and long term health care services, including mental health treatment.  We need to move away from employer-based coverage to match the new economy where people switch jobs more frequently.  We need to close the gaps in coverage that exists in the ACA and Medicare to avoid abuse and inflated hospital contracts and pricing by private insurance companies.

A)  No, the government should not cut off women’s access to health care services.  I have a 100% voting record with Planned Parenthood.  I’ve spend my career fighting for a women’s right to make her own health care decisions and I will continue that fight in Congress.

A)  I believe immigration is a key ingredient to our success as a country.  DREAMers grew up as Americans and we should treat them as Americans.  The laws their parents broke should not decide their fate.  They have a lot to offer this country, and we should welcome them.

A)  We need to invest in our community colleges, vocational schools, and public universities. These affordable alternatives to private college will help drive down the price of college and provide access to young adults who would otherwise be forced deep into debt.

For those Americans who already graduated with student loans, we should lower the interest rate as suggested by Sen. Elizabeth Warren, and consider partial loan forgiveness for people who work in nonprofits or public-sector jobs.