Q) Would you seek legislation or have a policy, as some reform advocates have called for, that all cases in which police are accused of crimes are referred to a court-appointed special prosecutor? If not, what would be your criteria for when to indict a police officer for a shooting while on duty?

A) I would not support such legislation nor would I have such a policy. I’d establish, instead, a unit of senior prosecutors devoted to police involved shootings, none of whom would work with police in court rooms and all of whom would report to me to present evidence to support charging or not. This would coincide with an insistence on real time evidence and the use of grand juries to compel truthful testimony from police witnesses. Please click here to link to the Op Ed your paper carried on 12/11/2015.

Q) What professional experience would you bring to the job of state’s attorney that would best qualify you to handle the office’s wide variety of criminal and civil cases?

A) I believe that you have to have walked in the shoes of felony trial prosecutors if you expect to effectively lead and manage 900 prosecuting attorneys. The belief is particularly keen when it comes to managing the attorneys who are charging and trying adult felony cases, who must have equal measures of discretion and discipline to do their work.  I’ve walked in their shoes many times, trying felony jury cases in the Felony Trial Division at 26th and California. I’ve run investigations and trial teams. I’ve won convictions against murderers, rapists and other violent criminals. I’ve tried federal jury cases and argued in the 7th Circuit as an assistant US attorney. I’ve developed rules for casinos and seen to it that they were enforced. I’ve been a compliance advocate for clients in the private sector. In private practice, I engage in a wide variety of civil and administration litigation. I have managed large industry association groups (as president). I manage the Chicago Office of my law firm, which 650 lawyers and for whom I serve on the management committee. The point is, I am familiar with managing large complex organizations.

Q)  What would you as state's attorney do to address the increasing numbers of shootings and homicides in Chicago?

My first step will be to engage with the community and ask people to open their eyes and acknowledge that we have an epidemic – a social, financial, and public health crisis that produces a human tragedy six times a day, every day of the year. I'm not just talking about getting the prosecutors in line for the fight. I'm talking about mobilizing the entire community in a Cook County Safety Alliance where parents, principals and teachers, pastors, police, prosecutors, activists, elected officials, public and private social service agencies, and businesses can come together to wage the fight on crime.

This is broader than anything that currently exists and it means ending the Alvarez era of closed doors to the community ... and ending the kind of political gamesmanship that puts personal agenda ahead of public service. One of my first actions in office will be to call together the leaders of all 128 police departments in the County to share ideas and develop action strategies for gun violence reduction. Additionally …

I'll work to open a Dedicated County Gun Court so prosecutors, judges and police can go after career offenders and traffickers, tighten up the cases against them, and put them behind bars. This idea, which I proposed last November, has won the support of the Chicago Sun-Times and I believe it will be met with enthusiasm by the County Court system.

I'll work to disrupt the market for illegal guns. I want to get to the source of illegal sales   and transfers and hold sellers accountable and get witnesses to trust us if they come forward.

I’ll use Grand Jury Strategies to help us work our way up the food chain of the gun trade.

I'll support assault weapons legislation to tighten our hold on sales and possession. I am particularly interested in efforts like the one in Highland Park, Illinois, that banned semi-automatic assault rifles and large capacity magazine. The US Supreme Court would not hear a challenge to the ban giving hope that we can enact similar legislation in other parts of Cook County.

I'll change the culture of the State's Attorney's Office. It’s time to put justice before jail so we stop this senseless practice of filling our jails with the wrong people and, worse, creating repeat offenders. Instead, we need to make room for career offenders.

In that regard, I’ll also work to change charging, bonding and sentencing policies to reflect the crime, not the conviction rate.

Q) Do you support a proposal to establish a special gun court in Cook County or, as an alternative, a special "gun call?" The gun call would establish a rotating panel of three judges to conduct bail hearings for every illegal gun possession case. Those cases would be heard in a courtroom at 26th and California that's normally reserved for violent crimes such as murder and sexual assault.

A) See above. I support the establishment of a dedicated gun court.

Q) What would be your policy as state's attorney with respect to making evidence — such as a police dashcam video — public in a case prior to charges being filed, a trial or a conviction?

Q) Each candidate for state’s attorney has important political supporters or donors. What will you do to assure they do not have undue influence in your office?

A) You have that wrong. I don’t have “important” – you mean powerful and influential, I think – political supporters and I have personally financed the majority my campaign. The money I have raised has come from individuals mostly in amounts of $1,000 or less. I am not endorsed by the Democratic Party. I do not have political ties to Toni Preckwinkle, Joe Berrios, Mike Madigan, Ed Burke, Rahm Emanuel or any other boss in the political establishment. John Fritchey and Brendan Reilly have been courageous supporters because they feel as I do that the office must be run by an independent who isn’t afraid to chase down evidence no matter where or to whom it leads.

Q) How would you assess the effectiveness of the existing Conviction Integrity Unit? Should changes be made going forward?

A) First, it should be noted that Devine started the conviction integrity unit (DNA Review Unit). Alvarez eliminated it because she felt it was unnecessary. When the defense bar and media criticized her, she reopened it and renamed it. The current unit is ineffective. The overwhelming majority of the reversals were brought about by outside forces or judicial rulings, not by the work of the CIU. Going forward, I will be proactive with the defense bar and various innocence and wrongful conviction projects and work with them to reinvestigate questionable cases. Also going forward, I would have all criminal prosecutors trained twice a year on false confessions, misidentifications, and wrongful convictions.

Q) What ideas do you have to shorten the delays between indictment and trial for defendants in Cook County Jail?

A) The delays within the control of the State’s Attorney occur when prosecutors aren’t “ready for trial” or fail to promptly evaluate cases. The way to address these issues is to give assistants in the office the discretion to charge or dismiss promptly based on the evidence, and insist that when charges are brought that assistants be “ready for trial” in a reasonable amount of time. Another step to consider is accelerating the practice of using citations for certain low level non-violent drug possession misdemeanors. It would prevent us from using incarcerations as the default remedy.

Q) When is it appropriate to recruit the FBI and United States attorney’s office for assistance in cases that fall under state jurisdiction?

A) The State’s Attorney Office is the only entity that can indict state crimes. While it is essential that state and federal officials have strong working relationships, the incumbent has played the federal card as a way to delay decisions and avoid public scrutiny. She obviously doesn’t trust herself to charge cases – and we can see why – so the feds become an easy way out. I’m not in favor of such escape clauses. There are cases where the two prosecuting arms would cooperate (e.g. on public corruption cases) and that ultimately the US Attorney would mostly likely charge.

Q)  Cook County has begun to move toward reducing incarceration for low-level, nonviolent crimes. But some low-level drug offenses carry mandatory sentences because they take place near schools, churches, parks and other restricted areas.  Do you support that policy, or should it be changed?

A) Generally speaking I am not in favor of mandatory minimum sentences, no matter where the crime occurs. I favor prosecutorial discretion in making recommendations to the judge.

Q) Prisons across the country have become more crowded in part because sentences for serious crimes have steadily become longer. Are these sentences justified, necessary and effective or should Illinois stem or reverse this trend toward longer sentences?

A) As I said, I am opposed to mandatory minimum sentences. They have been shown to be ineffective deterrents when it comes to crime. Besides, juries and judges are convened under the constitution to determine the extent of punishment. Predeterminations of any kind are antithetical to the true administration of justice.

Q) The civil division of the U.S. attorney’s office collects judgments that return to taxpayers more money than the budget of the office. The Cook County state’s attorney’s civil division recovers far less money. How would you increase this recovery?

The Civil Division is the “stepchild” of the office. Its ranks have been reduced and what remains hasn’t been able to focus aggressively on civil forfeitures. I would reallocate resources to ensure we can actively bring civil forfeiture cases. Understanding the perilous financial condition of the County, the forfeiture effort presents a rare opportunity to produce revenue that we can use to address other pressing needs in the criminal justice system.

Q)  The U.S. and Illinois supreme courts have said mandatory life without parole is unconstitutional for juveniles. What, if anything, should be done about juveniles convicted in Cook County who already are serving such sentences?

A) I fully support the efforts of the Public Defender’s Office, the Office of the State Appellate Defender, and the State Department of Corrections in their effort to identify and review the 100 cases that may be affected in Illinois. I believe in second chances. I believe that people can recover from their mistakes. I will adhere to that principle within the scope of the law for these and any other cases where fairness is the common denominator. 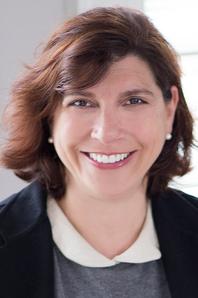