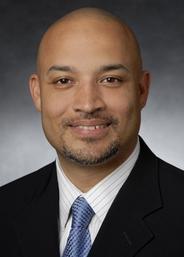 1) Donald Trump calls Chicago violence “totally out of control.” What are your solutions?

There are many variables to controlling violence in the city including job
creation, job training, and youth programming. However, in answering the question directly, my solutions are a two pronged, “top down, bottom up” approach...1.) dealing with the violence and crime prevention itself; and 2.) creating stronger, more vested communities.

RE: “dealing with the violence and crime prevention itself”, the Chicago Police Department (“top down”) is the front line in this area...but they can’t do it alone. Combined with the idea of “creating stronger, more vested communities” (discussed in more detail below), I would want to investigate expanding partnerships with other area college/university security forces, similar to the partnership with University of Chicago. While U of C is the largest of the area universities, I would be interested in seeing if there are any opportunities to partner with the security personnel at Northeastern Illinois University (the middle of the ward)...or IIT (just west of the ward)...or with the college/university collaborative located in the South Loop consisting of Columbia, Roosevelt, Robert Morris, and DePaul.

RE: “creating stronger, more vested communities”, I believe it is CRITICAL to get neighborhoods and communities more vested than they are today. Many parts of the ward suffer from blocks and neighborhoods where people do not know one another. I would be committed to proactively supporting the creation and ongoing maintenance of area block clubs. This may be as simple as providing donuts and coffee to meetings or hosting meetings at the alderman’s office. When neighborhoods are more vested...when neighbors know one another, there tends to be a stronger sense of community leading neighbors looking out for one another. When there is suspicious activity, neighbors are more inclined to act. If these neighborhood organizations (including churches) and block clubs are strong (“bottom up”) and the police and security forces patrolling the area are both working...and working together...I believe that this is a great first step towards solving the issue.

Chicago’s passage of a Welcoming City Ordinance and subsequent amendments appear to be good efforts to protect Chicago’s immigrants, but a key component will be the ongoing oversight of the police accountability organizations.

Any time federal funding is jeopardized, the reasons must be evaluated, but immigrant and immigrant communities are the core of many areas around Chicago. The diversity of the City is what makes Chicago a city like no other. Protecting the immigrant population is critical.

3) Some reforms have been put in place for the Chicago Police Department. What additional reforms, if any, are still needed?

The first step is to meet with Commanders Klich (1st District) and King (2nd District) to understand and assess the efforts that are in place. I really want to look into more community friendly policing. Unfortunately there is such a divide between police and citizen in many communities, it is critical to reestablish trust between CPD and citizens. I support more bicycle and walking beat officers. I support more officers connecting with and having more direct connection with our schools, churches and local businesses. We MUST re-establish this broken relationship!

I’d also make sure that CAPS meetings are actively promoted so that more neighbors engage the meetings. It is important that the community be engaged and know what’s going in their neighborhoods and how they’re being policed.

I’d reach out to Kurt Summers and Mayor Emanuel to understand what
they are looking into with regard to the City’s finances. I would also speak with other industry experts to understand the impact of pension rulings and other issues that impact the city’s finances.

5) What would you do to propose to do to reverse the city’s population losses?

The violence concerns in the city must be addressed, but in addition to
that, we must address the ever increasing taxes as well as the public school system. Of reasons people leave the city, I imagine that violence, taxes and schools are among the top three concerns.

I’ve discussed the violence issue in Question #1 (please see above).

Addressing the Public School system is critical to reversing the population losses. Once families have school aged children, large number of people move to the surrounding suburbs to benefit from their strong school districts. Once residents have confidence in the CPS system, we will be able to retain many more residents.

Also, taxes in Chicago seem to be out of control. Minimizing or reducing the tax burden that residents and business owners in Chicago face should be a focus.

As a homeowner in Chicago, I have no interest in raising property taxes.

Further investigation and research is necessary to provide new ideas to fund CTA. I would utilize my M.B.A. and more significantly, reach out to experts in this area to discuss options. A critical part of this process would include public comment. It is critical that the public be aware of the decisions that are being made and WHY they’re being made. My administration would include significant transparency.

As I have outlined in other questions, fully funding CPS is critical to strengthening the City of Chicago. As a member of two (2) Local School Councils and the parent of three (3) children in or who have been in CPS schools, I have personally witnessed the impact that budget cuts and strained funding has had on schools. This is even more evident by the recent $46 Million dollar cuts announce by CPS. While I favor finding other ways to stabilize CPS, an unfortunate reality is that property taxes fund part of CPS. I would work to minimize the impact of Property Tax increases but would work with appropriate parties to identify alternative methods of financing. I have previously stated that I am in support of TIF funding being used to support the schools and would work with the appropriate individuals to identify other options.

“Scoop and toss” has cost the city millions of dollars due to added interest and debt that is deferred into the future, so I support eliminating the practice. Regarding settlements, first I’d want to focus on efforts and programming that reduce and/or prevent the need for the city to pay settlements in the first place. However, understanding that some level of settlements are inevitable, it seems that the city should pay from existing funds and only to the extent that insurance does not cover the situation. I would need to conduct more research and do additional due diligence to provide a more complete response.

I welcome additional review and assessment of reducing the number of elected officials in local government in Chicago. If such a reduction can get rid of duplicative and inefficient spending and streamline the city’s government, I could/would support it so long as constituent support does not suffer. While many focus on the budget impact and savings therein, we cannot look past the critical role of constituent services that an alderman plays. Cutting the number of aldermen in half would then double the constituents that each serves. Trying to manage the greater number of constituents would require increased resources for each alderman and consequently offset much of the savings, so a thoughtful assessment would be required.

To me, the biggest issues affecting the Fourth Ward are violence, schools and jobs.

I addressed the violence issue in Question #1 (please see above).  Additionally, by making people more comfortable that the community is safe, you will be able to attract more teachers to the area, which leads to my next issue...the public school system.

The area’s public schools are of significant importance to the ward. As I discussed in Question #7 (see above), having had three (3) children go through CPS and currently sitting on two (2) LSC’s, I have seen first hand how the lack of funding can hinder schools from providing resources to its students. I have seen the tough budget decisions have to be made. We need to make sure we can find resources to support our public schools.

South Side YMCA: Board Member

The Renaissance Collaborative (TRC): Board Member

Ladies of Virtue (LOV): Board Member

The YMCA of Metropolitan Chicago: Associate Board Member