Q) Why is the Cook County Circuit Court Clerk so far behind in making electronic filing available, compared with other court systems?  What is your plan to get the office up to date?

The current state of the Cook County Clerk of the Court’s office is inexcusable. The incumbent Clerk took office 15 years ago, promising sweeping changes to the system. Millions of taxpayer dollars later, the Clerk’s office is in worse shape than ever with Cook County lagging behind the federal court system and even DuPage County.

Although the Clerk has implemented electronic filing in certain divisions, it is not universally available.  The Alabama-based company On-Line Information Services (OLIS), was contracted by the Clerk’s office to start an e-filing program back in 2009. The system is cumbersome, riddled with errors and inefficient compared to online systems available in other courts around the country. In addition, electronically filed documents are not available as part of an online docket system that is accessible to the parties and the public after filing, making it even harder for judges, lawyers and others to do their jobs.

It is important to note that OLIS, and people associated with it, have donated over $24,000 to incumbent Clerk Dorothy Brown since 2001.  As a result of this arrangement, OLIS has made millions of dollars in electronic filing “convenience” fees, even though the Clerk’s office could be handling the electronic filing functions in-house.

To bring the office up to date in the short term, additional appropriations will be requested for capital investment in computer systems and related technology to modernize the Clerk's office.  Despite the county’s financial crisis, this is a necessary investment that will ultimately achieve significant efficiencies and savings both at the county and municipal levels.  We need to ensure that the Clerk's office has electronic integration with stakeholders and move altogether from a paper based system to a paperless system for filing, docketing and record maintenance.

Q) Lawyers complain court files are often incomplete and that sometimes there are two or three separate files on a particular case because files are being misplaced. How would you resolve this problem?

Court filings are kept on three different databases that are unable to fully interface with one another.  The Clerk’s office also routinely moves files for cases after three years from the date of filing to off-site warehouses, even if the case is still active and pending.  After the files are moved off-site, paperwork for those cases have to be transferred as “loose paper” to the warehouses to be matched up with the original file.  In a warehouse filled with file boxes containing hundreds of millions of pieces of paper and operating with three separate file management computer systems, that task becomes nearly impossible.

This a very serious problem that impedes justice. Missing paperwork leaves cases and lives in limbo. Last year, Appellate Public Defender publicly stated that, at that time, there were more than 120 prisoner appeals at a complete standstill for more than one year because of lost files.

I will change the policy so that files for all open cases are maintained at the courthouse where the case is pending. Only when a case is closed will the current files be moved off-site. Once we move to a paperless system, all documents will be scanned and publically available online, thereby reducing or eliminating the issues of lost, stolen, incomplete and multiple files.

Q) What will you do to improve the accuracy of court files?

The docket information currently available on the Clerk’s website is pathetically inadequate.   The docketing system needs to be brought up to the standards of other courts in the U.S.   Each courtroom should be assigned a docket clerk whose main job is to work with the judges, lawyers and litigants in the courtroom to ensure an accurate account of the proceedings is recorded in real time.  The detailed minutes will be made available online, along with links to related documents, so each case can be easily tracked and participants in the court process have online access to correct and timely information.  As stated above, a modernized system that is accessible online will result in much greater accuracy and efficiency.

Q) In some places around the country, the clerk of the Circuit Court is an employee of the chief judge’s office rather than an independently elected official. In the interest of efficiency, would you support such a system in Cook County?

Although every county in Illinois elects their Clerk of the Court, the office in Cook County has become far too political and has lost sight of its essential role in the judicial process. I would seriously consider supporting legislation in Springfield that calls for the Clerk to be appointed for a term of either 4 or 6 years by the Circuit Judges, provided that the Clerk is able to maintain a degree of autonomy to preserve the checks and balances envisioned in the Illinois Constitution.

Q) Last fall, FBI agents seized the incumbent clerk’s government-issued cell phone and later served a subpoena on her and her husband for documents. However this inquiry turns out, what would you do to improve the office's ethical standards and public image?

There is near universal recognition that the Clerk’s office is broken, both operationally and ethically, steeped in cronyism and riddled with inefficiencies and antiquated technology.  For the operational problems to be resolved, the ethical issues must be fixed. The issues are intertwined.  The Clerk’s office needs a truly independent Inspector General, with investigative and enforcement authority, to oversee issues of ethics, hiring and firing and political activity done on County time.

Contemporaneous with addressing ethical issues, I will focus on fixing the office operationally.  My top three priorities will be introducing technology, prioritizing customer service and increasing transparency of the office.  These reforms will help correct the difficulties and injustices that currently exist when navigating the court system. Over time and by consistently making meaningful and measurable improvements, in both ethics and operations, the Clerk of the Court’s office will inspire trust and confidence.

Q) What will you do to reassure taxpayers that patronage hiring and firing will not take place in the future?

I am fully committed to changing the culture and atmosphere of the Clerk’s office, which has a long reputation as a haven for patronage and cronyism.  I will prohibit employees from doing political work on county time, institute protocols to monitor this behavior, and aggressively discipline employees that violate policies.

Employees will no longer work in a pay-to-play environment that requires them to do political work to get or keep their jobs. The office will operate on a strict merit-based system and allow for promotions from within.  The current practice of hiring unqualified individuals based upon political considerations must come to an end.  Under the current system, rather than promoting experienced employees to fill vacant management positions, the Clerk often hires unqualified individuals from outside the office to fill management positions. The lack of experience in management regularly forces staff to take on their supervisor’s workload in addition to their own. That practice contributes to extremely low employee morale and adversely impacts how the office functions.

Q) What do you see as the core function of the office?

The Clerk of the Court is essentially the Chief Operating Officer (COO) of the Cook County court system, responsible for managing 17 court locations and maintaining court files for over 1.5 million cases each year.

The primary function of the office is to serve the needs of all Court constituents -- litigants, lawyers, judges, police officers, municipalities, and other Cook County and state government agencies (e.g., DOC, Sheriff, State’s Attorney, Public Defender, etc.) - in a manner that is effective and efficient so the focus is on justice instead of bureaucracy.

Q) In what ways do you plan to make the office more transparent?

The current Clerk refuses to comply with the Freedom of Information Act (FOIA), incorrectly claiming the office is exempt.   The Clerk’s office should be held accountable and be required to disclose all aspects of its operations, how it spends the $100 million taxpayer dollars it receives each year and other information that is requested by the public.

While I recognize that certain court files (such as juvenile and many criminal records, etc.), are statutorily protected from public disclosure, to the extent possible I will comply with FOIA.  Under my leadership, the Clerk’s office will publish records and financial information online, will fulfill open records requests and will cooperate with open records advocates and organizations that advocate for open records throughout government.

My plan to modernize the office’s computer system will also mean more information and tools will be accessible on-line to the public, practitioners, and academics who need data and information to conduct scholarly research about important criminal and civil justice issues.

Jacob Meister is endorsed by the Sun-Times.Read the endorsement.

Office running for:  Clerk of the Circuit Court of Cook County 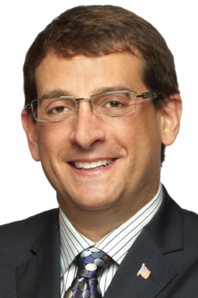