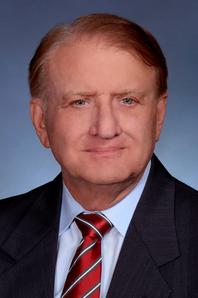 A) Ending the "War on Drugs" throughout this country. This has been an extremely damaging and expensive program. Marijuana should be legalized nationwide and treatment programs should be expanded for other drugs.

Campaign finance reform. Citizens United should be repealed. There should be public support of federal campaigns. For example, there could be matching funds for campaigns up to $50,000.00.

Decreasing Medicare age to 62. This age group has trouble finding jobs and therefore trouble getting insurance. Decreasing the eligibility age down would help this group greatly. Beginning a Medicare dental plan also would be a good idea.

A) Increasing drug treatment programs for more addictive drugs. Deaths due to overdoses are a growing problem in the Chicagoland suburbs. If these people received proper medication and treatment there would be a marked decrease in mortalities.

Populous states, cities and suburbs need more representation in Washington. Most reforms require a Constitutional Amendment which is impossible to achieve. With my plan the largest states would be divided up into smaller states. Illinois would be divided up into 4 new independent states:  1. Chicago, 2. Suburban Cook, 3. North Illiniois, for instance, north of Route 80, 4. South Illinois, the rest of the state south of Route 80. Each new state would have more power since it would have 2 Senators and 2 more votes in the Electoral College.

Preserving Social Security and Medicare. See other areas of this questionnaire. Because of the large population benefiting from these programs, it is necessary to preserve them as they are.

A) I am not an establishment type of candidate. From the candidate I am supporting for President, (Sanders), to many of the programs I am proposing on this form I am not a typical run of the mill candidate. This country and Illinois have very serious problems and small Band-Aid solutions will not work. I am my own man and I am not a career politician. I am a private citizen with ideas that most people do not even think about.

A) We have to realize that ISIS conducts terrorist activity as a response to our invasion of Iraq and our subsequent actions there. We had no right to invade that country and no business staying there. We must stop the bombing now and withdraw all troops immediately. Our actions there are radicalizing young people everywhere. After we withdraw, ISIS will have no motivating factors to radicalize their victims.

After that, we can use old fashion police methods to track down lone wolf terrorists.

A) I do not think we need a permanent ban on admissions as Mr. Trump advises. If the State Department requires extra time to vet Muslim immigrants, I would not be opposed to that, but I would be against any blanket ban on people on the basis of their religion.

A) I would not be opposed to allowing the State Department to take a few months more to vet Syrian and Iraqi refugees but in general I do not feel that we have a threat to this country from these refugees. Almost no terrorist has come from these two countries. In the past several years, the terrorists tend to come from almost every other country, mainly Saudi Arabia and Pakistan.

A) I believe that we should withdraw all troops and Air Force personnel from Syria and Iraq. These people should solve their own problems and fight it out amongst themselves if necessary. The question of a no fly zone is therefore moot.

We should enforce Syrian humanitarian safe zones for obvious reasons.

A) The Committee should end its investigation immediately. It is nothing more than a political circus show to decrease the poll numbers for Mrs. Clinton. More than one Republican Congressman has admitted this.  All the Committee's work that it has done up to now should be discarded and thrown out. The Republican Party should be required to compensate the taxpayer 20 million dollars, which is the amount of money that has been wasted on these investigations.

A) I would support U.S. authorities having access to "dark web" communications about potential terrorist plots. This is the way to fight terrorism rather than invading countries and setting up corrupt puppet governments as we have tried to do in Viet Nam, Iran, Iraq and Syria. In the long run, these governments fail and the resultant mess does nothing more than threaten our country.

A) There are fewer than 90 terrorists in Guantanamo Bay and therefore the question is almost moot, since there were several hundred a few years ago. In the near future, there will be very few there anyway. The few that require trial, should undergo trial in this country. There is a federal prison in the northwest area of Illinois and several years ago I talked to many people there and they are very eager to accept these terrorists and have their trial in that area.

A) The single most important action Congress can take to reduce gun violence is to legalize drugs in this country. Most gun violence is caused by gangs and they are killing each other in order to make more money from the illegal drug trade. Marijuana should be legalized nationwide to cut out this business from the gangs. Harder drugs, such as heroine and cocaine should be decriminalized and the medical community should be allowed to prescribe these drugs or substitutes and therefore undercut this market also from these gangs.

A) I would support this act. I see no reasons why we should allow people who are on the terrorist list to obtain firearms and explosives. People should, however, have due process in determining whether they are on these lists or not.

A) There is evidence for climate change and it is worsened by human activity. I support the Paris Agreement.

A) I am opposed to any further increases in marginal income tax rates. The income tax rates are high enough as they are now for the middle class. I do think that millionaires and billionaires should pay more of their fair share. We do not have to change the U.S. Tax Code, however, to do this. All we have to do is interpret and enforce the Alternative Minimum Tax Law as it was originally intended several years ago.

A) Social Security should be removed from the general budget and general fund, where it has been since the 1960's. This enables the Congress to raid the Social Security Fund and use it for other purposes, mainly defense spending and wars in various parts of the world plus unnecessary foreign aid.

Social Security should be put in its own segregated fund as it was prior to the 1960's. The raiding of the Fund would therefore stop and this will guarantee the solvency of this program.

I also believe the disability program, which is now a part of Social Security, should be segregated into its own program and funding.

A) I agree with Senator Sanders that the big banks should be broken up. The risk fee is merely a partial compromise. We could have a risk fee on the banks prior to their being broken up.

It would be very difficult, however, to break up the New York banks because of the close relation between Washington and New York City. This power axis would have to be broken up first, in my opinion.

The best way to do this is relocate the Capitol of the United States to some other part of the country, hopefully in the Illinois region.  We should transfer all of the business or office building type business from Washington to the central part of the United States to break up this Washington-New York City power axis. Only after that, could the banks be broken up as Senator Sanders proposes.

A) I campaigned for and I support most of Obamacare. The changes I would impose:

Eliminating the mandate. Obamacare should be voluntary and not mandated or required.
Opposing transfer of Medicare funds to Obamacare.
Decreasing the paperwork and computer work necessary that many doctors are inundated by at the present time.

A) I favor continuing to fund Planned Parenthood as it is now.

A) I would support the Dream Act and would not deport the DREAMers. These young people should be placed on a path to citizenship.

A) First of all, we should try to encourage shorter periods of training for various professions. For doctors we should encourage 6 and 7 year programs rather than 8 year programs. Lawyers, accountants, businessmen and all other people requiring extra education could have shorter training periods and this would save money at the outset.

All student loans should be renegotiated. They should be pegged at the loan rates consistent with the ongoing rates in the 3 to 5% range rather than the 5 to 8% range as they are now.

Pell Grants should be increased and expanded.   Type your paragraph here.

About
View on Mobile