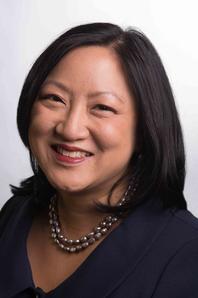 Theresa Mah is endorsed by the Sun-Times. Read the endorsement.

I would create additional revenue by closing the corporate tax loopholes that allow more than 65% of corporations in Illinois to avoid paying taxes to the State.  It is fundamentally unfair to ask people making minimum wage to pay income tax while corporations are given a free ride.

I believe that we can move significantly in the direction of a balanced state budget if we implement a Millionaire’s Tax, which was approved by 70 percent of voters in the 2014 referendum. I also believe that we can gain needed revenue by closing loopholes that currently allow two thirds of corporations to pay no taxes, implement a miniscule tax on financial transactions, and work toward a progressive tax system in Illinois.

I have outlined above how we can begin getting our hands around the the state’s budget problems.

I respect the State Supreme Court’s ruling that the previous attempt at pension reform was unconstitutional and therefore future attempts are unlikely to pass constitutional muster.

A template is an interesting idea and I would have to see specifics prior to definitively answering the question. However, the budget impasse is a key reason why I support term limits for legislative leaders.

The current way that schools are funded, with such a significant percentage dependent on local property taxes, perpetuates vast inequities that persist between school districts in wealthier communities compared to those with a larger proportion of impoverished areas. I am a proponent of alternative methods of funding our education system so that the distribution of funding for our schools can be more equitable and does not unfairly penalize children who live in school districts with limited ability to raise needed funds from property taxes.

Since Chicago is treated differently from the rest of the state, I believe that whatever solution the legislature decides on should be one that is more equitable than the current approach. Given the inequity in the current system, I do favor the state picking up pension costs for Chicago teachers.

A) As one of my top priorities I will work with public universities and elected officials to bring forward comprehensive solutions to this growing problem.  I think there are two ways to address this problem.  One is from the State’s side - we must increase MAP funding so the students who academically prepared but financially strapped can attain a college degree.  The second approach is from the cost side of public universities.  We must get a better understanding of the reasons for the rising cost to determine where potential savings can be found without affecting instruction quality.  I think it would be helpful to ask the State Auditor General to look into the reason for the rising cost of higher education in Illinois.

A) I believe a gas tax is another tax on working people of Illinois. People are flat out of patience and flat out of money to pay for another tax!  This tax would disproportionately tax middle-class commuters, and I am opposed to regressive measures to raise revenue.

1.         Leverage current state resources by demanding that in order to receive tax dollars, education institutions (public and private; high school, community college and 4 year colleges) and manufacturers must cooperate in designing education, training and placement programs that truly meet the needs of students, workers, employers and the greater society.

3.        Incentivize the use of clean energy use by factories, commercial high-rise buildings and government facilities to support the Green-Jobs manufacturing sector

4.         Partner with Federal agencies to invest in High-Speed Rail transportation in Illinois

A) This is one of the most pressing challenges facing the world community and I do not believe there is a magic bullet solution to it.  I would be opposed to such a bill if the trade-off for lowering carbon emissions means relying solely on nuclear energy because of the tremendous risks to communities and the environment if/when accidents occur.  However, I do understand that reduced carbon standards cannot, in the short run, be met by increased renewable energy resources.  Many in the climate change world are supporting nuclear as a bridge source of energy over the next 50 years in order to meet the critical carbon goals.  I am open to considering nuclear energy, as part of a multi-faceted approach in addressing this problem, if we can enact the strongest possible regulations to prevent disasters.

A) Yes.  I support the Illinois Clean Jobs bill.

Q) Do you support the goal of reducing the Illinois adult prison population by 25% by 2025? Would you support sentencing reform such as reducing or eliminating prison terms for non-violent drug offenses? Would you support early release of aged and disabled prisoners predicated on an assessment of risk to public safety prior to release?

A) Yes.  Additionally, money saved from the closing of juvenile prisons should be added to the Monetary Award Program (MAP) to address the rising cost of education.

I agree with the proposal to end the placement of juveniles on the state’s sex offender registry based on an assessment of their risk and likelihood to reoffend and/or benefit from treatment. For adult sex offenders, I do believe that the sex offender registry should be limited to those who are assessed to pose a danger to others, otherwise the registry becomes less accurate as a tool to protect the public.

A) Although I haven’t read the pending constitutional amendment, I do support an independent commission drawing up legislative districts.

A) Support – Citizen participation is the keystone to our democracy.  We must continue to encourage civic participation, particularly with young people.  I see this as an easy way to accomplish our goal of civic engagement.


I support proposals for publicly-funded elections in combination with stricter contribution limits to reduce the influence of Super PAC’s and millionaires in the electoral process.

It is not easy to identify just one important teacher in my life because there have been so many. The opportunity I have had to receive a good education is something that has been fundamental in making me the person I am today. So many teachers have played an integral role in that process. If I had to identify just one important teacher in my life, I would perhaps single out my high school Social Studies teacher, Ms. Anne Moore, who I learned many years later was the sister of documentary filmmaker Michael Moore. She was  important because she was one of the first teachers to challenge me to think critically about social issues and become more aware of politics, current events, and the experiences of those who are powerless and vulnerable in our society. She helped to set a foundation upon which to build a better-developed way to understand the world around me that still helps to guide me to this day.