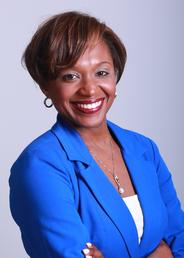 1) Donald Trump calls Chicago violence “totally out of control.” What are your solutions?

The violence in Chicago is symptom of our failing public school system and lack of resources for mental health programming. The city council needs to make the Chicago Public Schools and financial priority and all TIF surplus funds should go back to the schools. We need to build partnerships with community and faith based organizations to bring programs back to the schools in art, music, STEM, sports, and other programs that provide access to opportunities.

The City of Chicago needs to quickly move forward on providing an identification program for undocumented immigrants so that they can receive resources like health care and perform financial transactions.

3) Some reforms have been put in place for the Chicago Police Department. What additional reforms, if any, are still needed?

We need to ensure that Chicago police are properly trained and that there is follow up on the training and regular supervision. There need to be more community policing programs, more officers walking and riding bikes on the beat, and programs such as the Police Athletic League to bridge the gap between police and community.

We need to start implementing alternative streams of income that are not a continuous burden on the tax payers. These include, TIF reform and a reduction in the amount of city funds go into TIFs and a financial transaction tax.

5) What would you do to propose to do to reverse the city’s population losses?

There should be litigation as other municipal departments, such as Chicago Public Schools, have initiated in order to recoup the millions of dollars that Chicago has overpaid under interest rate swap agreements.

I do not support another property tax increase while we are continuously carrying a TIF surplus. The city council needs to review the city’s budget, determine where funds are being spent and prioritize the delivery of vital services such as public transit.

If every dollar of the increase was going to schools, it would be the right approach, but that is not the case. In 2016, TIF contribution from property taxes was up $461 million and there was a surplus of $116 million. Funds for the public schools should not be going into TIFs. I support the Chicago Public Schools receiving ALL of the TIF surplus funds and that we reduce the contribution to TIFs and prioritize funding our schools.

8) Mayor Rahm Emanuel promised to eliminate “scoop and toss” by 2020.  Also, the city borrows to pay for large legal settlement costs. Do you support that? If not, how should the city pay for its settlements in the future?

I do not support borrowing more debt in order to cover bad debt or settlements.

I believe in a representative government. The current system of Alderman allows residents throughout the wards, with their diverse needs to be represented in City Council.

The public schools in the 4th ward are under-resourced. As “extra” curricular activities like art, music, sports, social clubs, and STEM are removed from school budgets, we are failing to educate and bring a sense of accomplishment to students with diverse talents and learning needs. I plan to collaborate with non-profit, community, and faith- based organizations to introduce and restore programs these programs. I will also advocate for transparency in TIF funding and spending and fight for our schools to receive full funding.

The development in the 4th ward has been overly dense in the south loop and Hyde Park and completely lacking in the Bronzeville and Oakland communities. I will also prioritize responsible, planned development that considers the effects of residential development on infrastructure, schools, and quality of life. I will also work actively to bring vibrancy and job opportunities through commercial development in those areas that are currently lacking.