1) Donald Trump calls Chicago violence “totally out of control.” What are your
solutions?

Clearly we need to take decisive action that will engage all of those affected by the
violence and this includes the young people involved. I would meet with the people
involved with the violence in our city and work with them in finding solutions. I believe we should put forth an economic development and jobs plan to the President and give him a chance to live up to his word. My plan includes a provision that when construction jobs are being done in a community, young people from that community must be hired.

We are doing a good job as a sanctuary city and I believe it is the humanitarian thing to do. The City should wait and see if Federal funds actually end up in jeopardy over our Ordinance before making a final decision on its status.

3) Some reforms have been put in place for the Chicago Police Department. What
additional reforms, if any, are still needed?

Many additional reforms are needed in order to restore public trust in our Police
Department. We need the police and the community to work together and I will
aggressively make sure we get to that point.

We clearly need a trusted Citizens review board that includes activists and I will work tirelessly until we get one.

I also believe we need to make access to the information involving police shootings more easily and promptly available to the press and the public. This will help solve the lack of trust issues.

Raising taxes is not the way to improve our economy, it only kicks the can down the road and rarely has a long term positive effect on our bond ratings. We must stimulate Chicago’s business vibrancy through incentives - like we give to the Movie Industry. A strong economy will improve our bond ratings not nickel and dime tax increases which drive businesses out and populations down.

5) What would you propose to reverse the city’s population losses?

First we must make people feel welcome in Chicago not set upon. I will fight to get rid of the Red Light Traffic Cameras which make citizens feel like they are being robbed and they are. Higher taxes lead to fewer sales and lower revenues. I would propose a “No Tax” sales Holiday for targeted communities who need a boost and measure the results. I believe we will see a positive response and may want to do it periodically for the entire city.

The CTA has been given a Billion Dollars from former President Obama, they have
enough revenue and need to reform their management. I would not vote for a property increase to fund mismanagement.

I think we need to work with Springfield to solve this problem and I could possibly
support a progressive income tax that exempts the lower wage earners State Wide.

The best way to pay for these settlements is to reduce and eventually eliminate the need for these lawsuits in the first place. The majority of which are police shootings and false incarcerations.

9) Civic groups, including the Civic Federation, have called for consolidating local
governments in Chicago and reducing the number of elected officials, including the
number of aldermen on the City Council. Do you support that?

2. Lack of accountability and independence from the 5th Floor 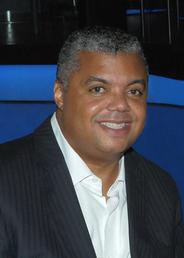