A)  1.  Rebuilding this nation’s crumbling infrastructures throughout the country thus putting 13 million Americans to work which would bring needed resources to communities thus infusing needed income to sustain families restoring a sense of pride for their community and our country.  We must rebuild now and put Americans back to work similar to FDR’s WPA (Work Administration Program) his famed , “New Deal”, that put 8 million people to work from 1936 to 1944 rebuilding our infrastructure roads, bridges, sewer and water systems nationwide.

2.  Public Colleges & Public Universities be made free and student debt be forgiven/and or drastically reduced.  This action will take the unnecessary burden off of students who are saddled with exorbitant amount of student loans that cannot be reasonably paid back.  It thus becomes a lifelong millstone around the neck of each student who is our future but will struggle throughout life simply because these students wanted to get an education to better ones self.  This is not the America I grew up in.  We had grants not loans.  This was extremely helpful as the nation’s priority in 1977 thru 1980 was to educate the next generation to bring forth quality types of people in all areas of life ready to go in to the workforce and excel.

3.   Empowering victims of Child Molestation.  I will file a bill in Congress, “The Innocence Lost Act of 2017”.  To remove statutorily, all time limitations from which to seek justice in the courts against their abusers.  These adults, who as children were victimized and most if not all, are too ashamed to come forth to expose the life-altering damage that has stolen away their innocence with many receiving no help are too often forced to remain silent well into their adult lives and when these victims finally gain the courage to come forward to expose the horrors they have endured, the time to seek justice has run out.  I believe we are a better nation than to relegate our children to have to a life-sentence of shame to silence & fear and their abusers continue their lives knowing they will never face justice.  My bill will thus raise this type of crime to be the same as murder, which has no statute of limitations anywhere in this country.

Rebuilding our crumbling infrastructure thus employing thousands of 2nd District residents & the federal contracts that will be partnered with these massive rebuilding projects to be equitably awarded to all diversity groups of the 2nd District following the 1964 & 1991 Civil Rights Acts.
Gun Violence.
Job Creation.

A)  I will be a “Citizen Legislator” independent to freely address the concerns, needs & grievances of my constituents without the traditional party ‘go along to get along mindset’.  I cannot be bought by the billionaire class that believe they must control each and every seat in Congress so their agenda is first and the only agenda.

Therefore, I am unbought, unbossed & unapologetic to remedying the issues that the majority of the 2nd District Residents are facing and I will address those concerns freely without a second thought to party loyalty.

I am not privy to intelligence briefings thus I cannot answer this question at this time.

I do not believe in this type of selective discrimination similar to the Japanese interment in the 1940’s & targeting of Muslims by the Federal Government.   An individual(s) must to be found to be a threat to this nation with proof thusly they can be barred entry to the United States.

I would vote No (NAY).  This group of people through no fault of their own are fleeing a war torn country with just the clothes on their back.  The President has extended this govenments’ help to these people and we should assist and give those that we can refuge in this country till the situation is peaceful and returning to Syria and Iraq is without danger to their lives.

I want the Arab neighbors around Syria to step up and take an front line role to quell this violence coming from Syria.  U.S. enforcement must be limited as to not become the sole and always only country that is called upon.  Therefore I do not support a U.S. enforced no-fly zone as this will become a “trigger” to war if some terrorist act is committed against our enforce safe zones.

This investigation should be given a strict deadline to complete its work.  By now all the evidence should be on the table for scrutiny.

I believe in the 1st Amendment.  Probable Cause must exist and a warrant must be sought and issued by a federal judge before giving the U.S. Government access to this type of communications.

Yes.  This facility must be closed as it is a beacon of injustice throughout the world.  If this government is detaining these individuals who are described as enemy combatants then this government must either bring them here and try them as such or return them to their country.

Get this country focused on serious job creation and gun control.  This problem is festering like untreated Malaria.

There is a Constitutional Authority question I have with whether at the discretion of the Attorney General to determine an individual to be engaged in terrorist activities only.  I have a problem with this bill without proof.

The taxes of the Top 1% need to be increased.  Corporations are simply gaming the system and are paying no federal taxes at all and getting refunds on a massive scale.  All while sheltering profits in the Cayman Islands, Bermuda and other tax havens.  The U.S. Government must have access to these untaxed profits and tax them appropriately.  It is only fair they pay their fair share in taxes to their country the United States of America of which are headquartered here.

FULLY FUND IT,  PROTECT IT FOR GENERATIONS TO COME!

Big Banks as you call them must be broken up. Period!

No.  This organization is needed for women’s health and I support their continuing their vital service to women.

Congress has become ridiculous in not passing the Dream Act for the modest way of addressing our current immigration problem to citizenship. 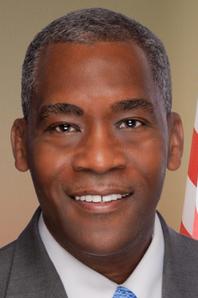