Chemistry Teacher at the Latin School;

Deputy Director of Sports Administration and Facilities Management at CPS; 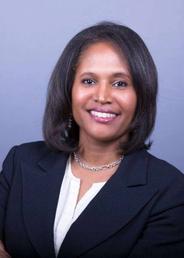 Sophia King is endorsed by the Sun-Times. Read the endorsement.

1) Donald Trump calls Chicago violence “totally out of control.” What
are your solutions?

We must take a comprehensive approach. We need to address the systemic issues that indirectly and disproportionately impact affected communities, such as concentrated poverty, joblessness and a lack of youth engagement opportunities.

To address the violence in our communities, we must seek to understand its social and economic root causes. Without substantial investment in all areas of our city, young people lack hope and needed assistance in dealing with the trauma of witnessing or experiencing violence. Evidence suggests a small network of people makes up the majority of offenders and victims of violent crimes in Chicago. Disproportionately, these are people who are economically disadvantaged or have been victims of abuse or neglect. If we don’t address these symptoms while showing an opportunity to have a piece of the American Dream, we will not control the violence.

We also have to look at direct approaches, like more true community policing strategies and increases in civilian police. In order to do this effectively, we have to look at police training and diversity seriously. In addition, we have to try effective and innovative solutions that have worked in other cities, like targeting the top 100 potential victims and offenders of gun violence and offering them mentorship, stipends and/or jobs and counseling.

A key to limiting violence will be building trust in the criminal justice system. The recommendations made by the Police Accountability Task Force and the Department of Justice are thorough, thoughtful and comprehensive. While Chicago’s government has made some efforts to implement and engage many of those recommendations, meaningful change will take time, as no police reforms can be successful without the trust and partnership of the community.

While Attorney General Lynch’s investigation and report into the practices and procedures of Chicago law enforcement was singular and brave in its investigative thoroughness and integrity. The President’s use of inflammatory and ill-informed hyperbole regarding a matter as serious and tumultuous as Chicago’s public safety crisis is dangerous to the City of Chicago’s residents and police, as well as reckless and disingenuous.

When a President threatens to take unprecedented and illegal action against vulnerable and disenfranchised populations, it is the duty of elected officials and government to protect them. If Sanctuary Cities honor their commitments together, they can stand together. Unfortunately, it seems that litigation and court action will likely be necessary to answer the larger questions of conflict of law as it relates to federal funding and Sanctuary Cities, but it is necessary that clear lines and regulations be declared regarding what steps the federal government can take against Sanctuary Cities. I feel strongly that reason, and the power given to the states by the Constitution will prevail.

3) Some reforms have been put in place for the Chicago Police Department. What  additional reforms, if any, are still needed?

The process of reform and improvement should be continual. Currently, the most pressing reforms that must be addressed are those of training, discipline and promotion.

Developing new curriculums for incoming trainees as well as law enforcement veterans that will actively change the culture of secrecy and abuse of power will benefit not only the public, but it will also make the jobs of law enforcement easier to carry out. It is also to the benefit of officers of the law that clear, concise and formally established standards of character and behavior and discipline matrices be in place. Transparency and accountability are the key to any high-functioning arm of government. Finally, we must invest in rebuilding community policing to play a much more meaningful and impactful role.

The fact is that it will be difficult to improve our junk bond rating while there is still budgetary dysfunction in Springfield. However, eliminating “Scoop and Toss” and identifying revenue sources and a path to solvency for pensions was an important step towards improving the fiscal health and credit of the City of Chicago. In the coming years, we should look for ways to borrow minimally and cut the cost of debt services and interest wherever possible. Finding ways to tighten budgets while creating non-taxing sources of revenue without slashing necessary services to residents will continue to be a challenging task that will require collaboration and creativity amongst government officials, administrative
offices as well as the public.

5) What would you propose to do to reverse the city’s population losses?

We have to be honest with ourselves in acknowledging that certain neighborhoods are thriving while others are floundering. The population loss is not equal across the board. We are losing people of color and people who are worried about violence at a much higher rate.

People need access and opportunities in order to succeed in a city. There is a great deal of rhetoric around the increase in property taxes and the crime in Chicago, but in truth Chicago still has one of the lowest property tax rates in the country, and the issue of crime requires citizen engagement with the city, not exodus. The frustration and stress of living in a state that continues to decimate the social and economic fiber of a city as vibrant and diverse as Chicago is real. The state’s slashing of social services is partly responsible for much of the crime and desperation spilling across the city.

Illinois, and especially Chicago, remain business friendly, with low corporate taxation, geographically diverse environments for all industries and a large, capable workforce. The bridge that is missing is adequate education for our youth and access to jobs in disenfranchised neighborhoods.

We must invest in every neighborhood and in transportation options--and all neighborhoods must have access to strong schools, fresh groceries, entertainment and access to health services. These investments will help us decrease the violence and welcome people back to more neighborhoods in the city.

6) The city has been using TIFs to pay for loans to improve the CTA.
Would you consider raising property taxes for public transit, or do you
have some other idea?

Currently, there does not seem to be a pressing need to increase property taxes for public transit, but if the CTA is to incur a financial crisis, it would be necessary that elected official consider all resources available to ensure that a safe, accessible and efficient public transit system endure.

The fiscal health of Chicago Public Schools has been on a downward trajectory for longer than any Chicagoan would care to remember. The financial crisis that CPS is in now is most burdensome for the children and families that must attend schools lacking the funding for basic curriculum and supplies and adequate support staff to ensure the safety and success of students and their educators. Many of our schools are not in compliance with the Americans with Disabilities Act, and still CPS slashes special education budgets, library and countless other programing that are necessary for quality education. Property taxes are certainly not the only answer to fix these issues, and we must employ many more sources of revenue to begin to address the educational crisis we face, starting with a hard look at the financial practices of the Board of Education and leadership at Chicago Public Schools. Fundamentally, we must also acknowledge that funding schools by property taxes is unjust and ineffective, as poorer areas receive less funding when their students arguably need it the most. State politicians urgently need to get out of the way of a high quality education for all children in Illinois and pass progressive revenue and a fix to the school funding formula.

The elimination of “Scoop and Toss” is essential. Even with its “elimination” by 2020, we will be paying interest and servicing the debt for another 40 years beyond that.

We must meet our legal obligations and pay ordered settlements. With the volume that we are currently paying out, a dedicated fund solely for legal
and settlement costs would be preferable to constant borrowing. More importantly, we need to solve the root issues that are resulting in these settlements; police and government reform and oversight. It is important to remember that the consequences of police and government misconduct are far-reaching and include serious economic repercussions. The economic repercussions include not only legal settlements, but also the tremendous costs associated with remodeling law enforcement. Perhaps the most troublesome cost is the loss of human capital; a system of discrimination, mistreatment and over-imprisonment strips vulnerable populations of their ability to participate in the workforce and provide for themselves and their families.

Representing the diverse and rich cultural patchwork of Chicago means respecting the right of communities to self-identify and self-determine. Chicago is a large city, and one that is singular in its demographics. The ward map should be a reflection of that sprawl and diversity. More pressing may be ensuring that mapping and districting are carried out with the utmost integrity and representation of the people before downsizing government. Providing all residents of a ward with the services they need and pay for through their tax dollars is a tough job, which must also be considered when considering boundaries and districting.

Jobs and public safety are among the most pressing concerns we face as a community. There is a direct correlation between concentrated poverty and crime so as one is affected it impacts the other. Education is an essential part of this ecosystem if you will. As they all affect each other.

We need to make sure that we continue to bring jobs and economic development into under resourced communities. And continue to find opportunities to hire and train our most vulnerable populations. I am mindful of local hiring as development comes into the community. I am also mindful of true parity and opportunity in contracting and senior level positions.

In addition, I have dedicated myself to working with my community and its many self-made leaders to promote our neighborhood public schools, and in turn, our youth. We are building stronger after-school and sports programming in the Fourth Ward, providing much needed relief to kids and their families who need options to keep them off the streets and in school.

As co-founder of Ariel Community Academy in the North Kenwood/Oakland area, I have learned a great deal about the challenges and triumphs of our city’s educators and their students.

Safety in our neighborhoods will require the cooperation and participation of all community members, from law enforcement to the local neighborhood watch. Our inaugural Safe Summer Initiative, which extended safe passage to the summer for the first time, was comprehensive in its approach. It brought jobs, youth engagement and collaboration with police. I will continue to take a comprehensive and collaborative approach to fighting to protect our children and families, to ensuring that children have access to quality education where they are safe and able to stay in school; and to ensuring that families have access to living wages that provide hope and stability.