Q) Why is the Cook County Circuit Court Clerk so far behind in making electronic filing available, compared with other court systems?  What is your plan to get the office up to date?

A) A profound failure of leadership, lack of vision and rank incompetence have combined to leave the Cook County Circuit Court Clerk’s office with a mishmash of record keeping systems – from ancient computers to manila folders to carbon paper.

Even before I take office, I will assemble a group of IT experts and court system stakeholders to help us construct a preliminary, but detailed multi-year, modernization plan and budget to create an integrated record keeping system for our civil and criminal justice systems. It is extremely important that such a system be available to the sheriff, public defender, and state’s attorney. I’ve already met with the DuPage County Circuit Court Clerk, who has a fully up-to-date system that is really a model for the state and will be helpful in building one that meets the needs of a court system as large as Cook County’s. I also believe valuable direction can be gained by studying how other large court systems, such as those in New York City and Los Angeles, manage their record keeping. Upon taking office, I will initiate an audit and investigatory process to ensure that we have a full understanding of the scope of the problems and based on the findings will make necessary adjustments to our preliminary plan and budget.

I will also consult with other office holders who have modernized antiquated systems that they inherited when they took office. Secretary of State Jesse White, Cook County Recorder of Deeds Karen Yarbrough and Chicago Clerk Susana Mendoza, for example, have taken their offices from the Stone Age to the Internet Age. It will also be crucial to get the counsel and buy-in of the county board for a multi-year plan that they will need to provide funding at a time when county finances are extremely strained.

My entire career in public service has been about bringing people together. From the grassroots work of ward constituent service, to helping administer the county board, to working with city council colleagues, Illinois legislators and federal elected officials, I understand what is needed to foster collaboration and get people pulling in the same direction. I also appreciate what it will take to address the fact that so many Circuit Court Clerk employees are trying to do a good job, but are completely demoralized by the fact they are on a rudderless ship and have no support. I believe that many of them will have insights to share about how the office can function better.

Change cannot happen overnight, but it is important to hit the ground running on day one.

Q) Lawyers complain court files are often incomplete and that sometimes there are two or three separate files on a particular case because files are being misplaced. How would you resolve this problem?

A) In the medium term, the only solution is a fully digitized record keeping system as discussed above. In the short term, a potential, if imperfect, solution is through an all-hands-on-deck rolling canvass based on upcoming court calls to physically comb through active case files and visually inspect them to determine if they are in order and identify what is missing if they are not. Additionally, applying RFID (radio frequency identification) tags to files or even individual documents that are encoded with case names and numbers would be a potential means of tracking and rapidly locating them, particularly if they become separated or scattered, during the interim until a transition to a fully digitized system is complete.

I would also establish a dedicated troubleshooter-section and hotline within the circuit court clerk’s office to improve the chances that missing files can be quickly located.

Q) What will you do to improve the accuracy of court files?

A) Again, it comes down to digitization based on the best practices of more technologically advanced court systems. Having a fully electronic case management system will allow judges, attorneys, clerks and others court personnel the ability to enter information and easily flag discrepancies or incomplete information for immediate follow up by a circuit court clerk staff member. A completely computerized system can be programmed to prevent data entry mistakes and algorithms can be used to automatically scan files and provide notification of problems to the relevant party and circuit court clerk personnel. I would also convene an advisory group of judges and lawyers to help identify ways to improve court file accuracy and better understand their experiences in dealing with the circuit court clerk’s office.

Q) In some places around the country, the clerk of the Circuit Court is an employee of the chief’s judge’s office rather than an independently elected official. In the interest of efficiency, would you support such a system in Cook County?

A) I’m willing to consider and potentially endorse any well-thought-out proposal that would save taxpayers significant money and improve the efficiency of Cook County’s courts. In Illinois, circuit court clerks are elected in each county. It would be important to gain a consensus that the benefits of such a change would improve the accountability of the position so much that it justifies taking the decision of who should be the clerk away from voters’ and placing it in the hands of the chief judge – a position that is itself not directly elected by voters. Furthermore, in the interest of fairness and for the sake of logical consistency, it would also be essential that it be a uniform change in state statute that applies to all counties, and not only affect people who live in Cook County.

The most urgent priority, after instituting strong employee ethics and transparency reforms, is to bring the office into the 21st Century from a technology perspective, starting with the criminal division. After that paramount objective is achieved, it is reasonable to evaluate through a process that involves the public, the legal community and academic experts the potential advantages and disadvantages of entrusting ultimate responsibility for the selection of the clerk to the chief judge.

Q) Last fall, FBI agents seized the incumbent clerk’s government-issued cell phone and later served a subpoena on her and her husband for documents. However this inquiry turns out, what would you do to improve the office's ethical standards and public image?

A) Simply avoiding the current clerk’s past practices, such as the notorious Jeans Day, would be a major step forward, but that would obviously be insufficient. I’m prepared to adopt a code of conduct modeled on the best practices of other circuit court clerk’s in Illinois and across the country. I would also implement an annual all-staff review of current county ethics laws and require employees to complete a computerized training and test each year to ensure they keep honest service at the forefront of their minds each day. Additionally, I will publish a yearly report on the nature and outcome of ethics complaint investigations completed by the Office of Inspector General for the Circuit Court of Clerk County. However, ultimately, I would like to see the Circuit Court Clerk OIG responsibilities transferred to the Cook County OIG to ensure that there is a truly independent investigative authority, rather than the present structure which creates at best, the appearance of a conflict of interest and, at worst, the potential for abuse and for investigations to by stymied.

Q) What will you do to reassure taxpayers that patronage hiring and firing will not take place in the future?

A) The primary basis on which anyone will be hired and retained in the circuit court clerk’s office will be their qualifications. Given the imperative to modernize the record keeping systems as swiftly as possible and the magnitude of the neglect that the office has suffered for the last 15-plus years, we cannot afford to have anyone working there who lacks the skills and work ethic needed to contribute to the complete overhaul of how business is done. I’m prepared to post the names and resumes of all office hires on the circuit court clerk’s website – certainly for all policy-making and supervisory employees who are not members of a collective bargaining unit and would do so for the later subject to union negotiations – to provide assurances that only those with the requisite training and skills are working in the office.

Q) What do you see as the core function of the office?

A) Protect the constitutional and civil rights of the people of Cook County by providing the information technology backbone that judges need to ensure their courts operate with maximum efficiency in both civil and criminal matters.

Q) In what ways to you plan to make the office more transparent?

A) Transparency starts with the office’s budget. The incumbent touts the fact that she is a CPA, but the office lacks a modern financial accounting system and the ability to offer on a day-to-day basis how much revenue is coming in and how much is going out. Additionally, it should be easy for the public, journalists and good government advocates to visit the circuit court clerk’s website and review the budget in summary form and with a line-by-line breakdown so they can see for themselves exactly how their tax dollars are being spent.

I plan to hold update meetings that are open to the public and press to apprise them of the progress that is being made in designing and deploying a fully integrated, digitized record management system. Anyone who is interested will know what the plan is, how long it will take to complete, how much it will cost, who is working on it, and how we are doing in reaching clearly identified project goals in a timely fashion. These meetings can also be an opportunity to provide updates on other improvements in how the office operates.Recently, as recent as the last week or so, the Circuit Court Clerk unveiled (and as of this writing took down) a new website that, while seemingly an improvement over the jumbled confusion that existed prior to early this year, and at pains to make it seem like the office is technologically up-to-date, in reality is just hiding the chaos and dysfunction that is the day-to-day reality for the record-keeper of one of the largest unified court systems in the world. The new website is the equivalent of cleaning up the front room before the guests come over by taking all of the junk, garbage, dirty laundry, and other clutter, throwing it in a closet and closing the door. Just because you can’t see it, doesn’t mean there isn’t a huge mess there. I would prioritize an overhaul of the Circuit Court Clerk’s electronic front door so that those interacting with the office and seeking information about its operations have a straightforward and intuitive means of doing so. 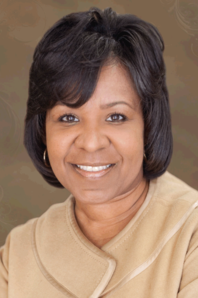 Office running for:  Clerk of the Circuit Court of Cook County