Q. Illinois has a massive state debt and crushing pension debt. Many elected officials
from the governor to state lawmakers have indicated there is a need for additional
revenue to help balance the budget. If Illinois needs to generate additional revenue,
which options would you support in a budget package:

1. Increase the state's income tax on individuals or corporations, either temporarily or
permanently.

2. Expand the sales tax to services.

I support a progressive income tax as well as an increase in the state's income tax
on individuals and corporations. I believe that we need to develop a formula that would
increase the tax on individuals earning more that $50,000 starting at an additional 1% to
as high as 6% on incomes $1,000,000 and above. The sales tax is regressive, and the tax
on retirement income would raise less that $1,000,000.00. I do not view them as viable
options.

If you oppose all tax hikes, please provide specifics on how you would reduce
state spending by $7 billion to balance the state budget.

Q) Do you support another legislative attempt at pension reform? If so, which proposed
changes in the pension system would you support that you believe would pass
constitutional muster?

A) The Illinois State Constitution is clear: pensions cannot be diminished nor impaired.
We now have a 2-tiered system at the state level where the contracted benefits for new
employees are at a different level. This could be expanded to other units of government.
I have not seen any proposals that would pass constitutional muster.
Q) Do you support a budget template developed by a bipartisan, bicameral group of
legislators that would allow members to pass a budget without the consent of the
legislative leaders?
A) Yes. Legislators should take a more active role and the concentration of power in a
few legislative leaders should be diluted.

A) Yes. The current practice shortchanges the Chicago Public School system. I fully
support the Letter to the Editor sent by Forrest Claypool which describes the inequity in
the current system.

A) I support an increase in state funding for higher education with a proviso that would
require a reduction in central administrative costs. The increased funding must be
targeted toward improved classroom instruction and a modest reduction in tuition costs.
Transportation:

Q) Illinois has a tremendous backlog of infrastructure needs: roads, bridges, waterways,
transit. What would be a good way to pay for it? Do you support an increased gas tax —
and/or other taxes and fees — to finance infrastructure improvements, including public
transit?

A) I support increasing the gas tax until the price of gas goes beyond $4.00 per gallon. I
would earmark the additional revenue as a source for the repayment of a Revenue Bond
Issue that would finance infrastructure improvements, including public transit.

Q) Illinois' public transportation formula provides money for operating costs, but not
capital costs. Should Illinois create a reliable funding stream for capital costs?
I believe that my answer to the previous question addresses this issue.
Jobs:

A) 1. Provide a menu of tax incentives to attract and retain businesses.
2. Increase and reestablish Technical and Vocational Training in our Public Schools.
This would generate a skilled work force for manufacturers and the construction
industry.
3. Remove needless or unnecessary regulations that increase the cost of doing
business in Illinois.
The recent decision of General Electric to bypass Chicago because of the state of
our education system should give everyone the incentive to improve educational
opportunities in our city.

Q) Illinois has a very diverse energy portfolio and is a net exporter of energy in a deregulated marketplace. Energy is poised to be major issue in 2016 because of federal
regulations and possible changes in Illinois' energy portfolio. Nuclear energy emits zero
carbon emissions at a time when the new federal rule requires Illinois to reduce carbon
emissions by 44 percent. Do you support or oppose legislation backed by Exelon to
create a low-carbon portfolio standard?

A) In the near term, in the interest of protecting the nuclear energy system, I could
support the Exelon legislation as long as it provided caps on rate increases.

Q) Illinois' current Renewable Portfolio Standard calls for Illinois to procure a certain
percentage of renewable power by the year 2020. The state is only halfway to its goal,
and there is a proposal to increase the required amount of renewable energy and
extending the time period to meet that goal. Do you support or oppose increasing Illinois
Renewable Portfolio Standard even if the cost of power increases slightly? Do you
support or oppose the Illinois Clean Jobs bill?

A) I could support increasing the Illinois Renewable Portfolio Standard if it provided for
caps on rate increases. I support the Illinois Clean Jobs bill.

Q) Illinois has to reduce carbon emissions by 44 percent under the federal rule. Do you
support creation of either a cap-and-trade program or a carbon tax to help mitigate
carbon emissions in Illinois?

A) The cap-and-trade program is the lesser of two evils if we want to retain and attract
manufacturing companies.

A) I support state licensing for all firearms dealers.

Q) Do you support or oppose allowing families to petition the courts to temporarily
remove guns from people in crisis?

A) I support allowing families to petition the courts to temporarily or permanently
remove guns from people in crisis.

Q) Do you support or oppose legislation to promote the transparency and preservation of
police disciplinary records?

A) I support this legislation.

Q) Do you support the goal of reducing the Illinois adult prison population by 25% by
2025? Would you support sentencing reform such as reducing or eliminating prison
terms for non-violent drug offenses? Would you support early release of aged and
disabled prisoners predicated on an assessment of risk to public safety prior to release?

A) I support reducing by 25% by 2025 if not sooner. I could support reducing prison
terms for non-violent drug offenses. I would support early release of aged and disabled
prisoners who are assessed as "not a risk to public safety" as long as they are provided
needed medical and/or mental health treatment. I believe that we have to expand funding
of mental health treatment programs. There is a direct correlation between mental illness
and, for example, violence. Our goal should be to provide treatment that helps to prevent
criminal activity rather than solely treating them after incarceration. By some estimates,
Cook County Jail is the state's largest mental health hospital. We have to start reversing
that trend.

Q) Do you support automatic expungement and sealing of criminal records for all crimes
after an appropriate period during which the former offender commits no crimes?

A) I do not support automatic expungement and sealing of criminal records for all
crimes. I could not, for example, support it for rapists, child molesters, spousal abusers,
and murderers, to cite a few.

Q) What is your view on a proposal to end the placement of juveniles on the state's sex
offender registry based on assessment of their risk and likelihood to reoffend and/or
benefit from treatment? For adult sex offenders, what is your view on delivery of
rehabilitation therapy and limiting sex offender registry restrictions only to those men
and women assessed to pose a danger to others?

A) I believe that juveniles would have to demonstrate over a significant period of time
and treatment, that they are unlikely to reoffend. At the very least, we should provide
rehabilitation therapy to adult sex offenders but require at least a decade, and perhaps a
longer period, of an offense-free lifestyle.

A) I support merit selection of judges as long as it is conducted by an Independent Merit
Commission.

Q) Do you support the pending constitutional amendment to create an independent
commission to draw legislative districts?

Q) What changes in workers' compensation or tort reform do you favor?

A) I support the "Agreed Bill" process for workers' compensation because it leads to a
fairer and more equitable result through compromises between labor and management.

Q) 2016 is going to be a big year in education, as both state and the City of Chicago
wrestle with fundamental issues of funding and school policy. Who was the most
important teacher in your life and why?

A) My mother was the most important teacher in my life. She was incredible. A first
generation American, she became a registered nurse, spoke seven languages and always
believed and taught me to value and respect the views of others. When I was young, I
remember her sitting at the dinner table on Sunday evenings translating letters for
neighbors from relatives overseas.

She was a strong advocate for education and instilled in me a lifelong love of
reading, learning and an appreciation of the notion that the formula for living a happy and
fulfilling life includes being of service to others.

Member, Character and Fitness Committee of the Illinois Supreme Court. 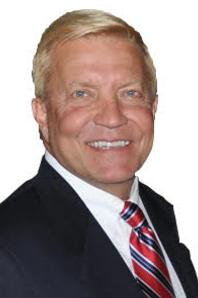