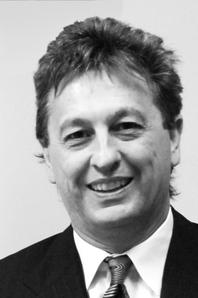 A)     Absolutely. State of the art disinfection technology has become the ‘norm’ to treat sewage from infecting lakes, rivers, and other waterways with bacteria-ridden pollutants.

Q) How would you improve the current phosphorus-removal plans underway at the MWRD? Do you think this important? If so, why?

A)     Removal of phosphates requires a delicate balance. There is a particular amount of phosphates that can be considered ‘good’ because they can vitalize life in waterways. However, an over-abundance of phosphates can cause the opposite effect by decreasing oxygen causing the water to become stagnant.

To the best of my knowledge, the MWRDGC has already executed its plan to eliminate phosphates at no less than one of its plants with the latest technology available with consideration for the balance required. Obviously this is an important measure that needs to be expanded to all plants managed by the MWRDGC.

Q) Do you support any alternatives to maximize the capacity of the Tunnel and Reservoir Plan? Which ones do you support?

A)     The TARP needs to sort itself out. It has been ridden with delays and budget overruns. Long term, yes, the capacity of TARP should be maximized, and this is something an influx of new commissioners can collectively address. However, there is a more immediate need to develop a more efficient infrastructure that can better manage flooding from storm water; particularly in some suburbs and the outer areas of the city.

Q) What do you think the MWRD’s role should be in reducing chloride usage?

A)     The MWRDGC must first comply with the standards controlled by the state for chloride usage. It should look beyond those standards and set a new model of reducing chloride usage as an example not only in the state but nationwide.

A)        The main problem is, as an antiquated system, storm water and waste water share the same vehicle that releases any overflow into the river creating both an unhealthy environment and often extreme flooding in some areas.

Combined Sewage Overflow or CSO’s is a typical and huge problem in many metropolitan areas and should be a major priority of the MWRDGC. It is the responsibility of the commissioners to find an immediate solution to the CSO issue which is basically to rebuild a better infrastructure.

The MWRDGC’s in-house public relations efforts has lacked its ability to reach the public with public service announcements in this context. It would be preferred if it could work more closely with other governmental agencies and environmentally friendly organizations to make the public more aware. If monies were available, it would be best if a professional public relations company be employed for this purpose.

Q) How do you the see role of wastewater treatment agencies changing over the next 10 years?

A)     This question could best be answered by an engineer that can educate the board of its options for the future. It is conceivable that all wastewater can be reclaimed, treated, and be used in varied capacities. Technology is moving fast forward on how to effectively treat wastewater to eliminate pollutants, solids, and bacteria for agricultural and industrial use thus easing the strain on human demand for purified water.

Q) Should the MWRD set a goal of making Chicago area waterways clean enough for swimming?

A)        While cleaning Chicago’s waterways to be purified enough for swimming is an attainable, long-term goal, it is not a priority at this time because it is financially unfeasible. However, as it is a reasonable objective, I’d like to see the private sector adopt a clean-up program, similar to the highway clean-up program, to take the initiative to make this a reality.

Q) What should the MWRD’s role be in addressing Asian carp and other invasive species in Chicago area waterways?

A)     This was also a topic during my ten years on the Board at the Illinois International Port.  Effective mechanisms, i.e., electronical fences, has been and still is the first line of defense to prevent the introduction of Asian carp and other AIS. Greater monitoring is integral so those responsible can act swiftly to detect new and existing invaders until new technology can be developed to address this problem more effectively. The Sierra Club has suggested a separation of the river and the lake which may be a feasible solution that can be considered if studies show it will not be harmful to the system because of the risk of the river becoming stagnant.

Q) The MWRD is Cook County’s second largest landowner. Does the District have a responsibility to ensure companies to which it leases land are good environmental stewards?

A)        Absolutely. The MWRDGC has a legal responsibility to the taxpayers to ensure its lessees are compliant to specific environmental rules and regulations that should be punishable to the fullest extent because this concerns protection of ‘we the people’.

Q) How would you rate the current performance of the District?

A)        Although somewhat ‘under the radar’, in my opinion, the MWRDGC shares equal importance with city, state, and county government. In comparison, it may excel in some areas; however it is far from being a model government agency. While the present board would like to paint a ‘rosy’ picture, there is no doubt the agency has experienced delays and budget overruns on the TARP. The MWRDGC Commissioners manage a colossal $1.6 billion budget. It is troubling that there has been insider domination of its board for over 40 years. This control has allowed for waste of these monies. This is contrary to the concept of any effective government.

Q) What should the District’s role be in coordinating efforts with other government agencies in the Chicago area watersheds to manage those watersheds?

A)        Regardless, the MWRDGC is in the position to be the leader in watershed matter in the metropolitan area because safe water management is its sole responsibility.

R. Cary Capparelli is endorsed by the Sun-Times. Read the endorsement.