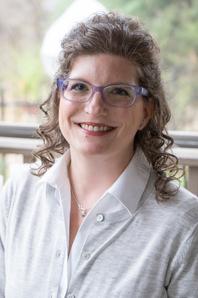 A) 1. Boosting federal infrastructure investment and transportation 2. Creating jobs by making it easier to start and grow a small business 3. Clean Energy investments

A) Infrastructure. As President of Villa Park, I championed one of the largest infrastructure referenda in the village’s history. I understand that strong investments in infrastructure lead to a more stable economy.

Gun Violence. Too many families have suffered from gun violence. It’s time we do something about it. The very least we need to expand background checks and keep guns out of the hands of the mentally ill.

A) As a former minimum wage worker who spent a great deal of time working for mental health nonprofits, small business woman, and Mayor, I see the issues my constituents are facing through a much different lens than my opponents.  I believe my perspective is uniquely qualified to represent this district.

A) We can defeat ISIS by building a coalition among Arab countries in the region and by making smart moves here at home.

We need to do everything we can to empower our partners in that region and provide the support they need to defeat ISIS.  This involves continued cooperation in the Middle East and resisting the urge of fear mongers like Donald Trump to blame the entire Muslim religion for the actions of terrorists who improperly use its teachings. To reduce the threat at home we need to concentrate on clean energy. The more we can remove our economy from fossil fuels, the less resources flow to those who would do us harm.

A) I would not have voted for this bill. The refugee process should already have extensive background checks and security protections. We are going against our founding values when we enforce additional security measures for countries based on their religion or what language they speak.

A) I support the enforcement of Syrian humanitarian safe zones. There is terrible human suffering in Syria and the least we can do is provide humanitarian aid to those in need. We will work diligently to find an answer to the conflict in Syria whether it may be diplomatically or militarily, but in the meantime we need to take care of these displaced and scared families.

A) It should be given a deadline to complete its work. The Committee is taking up too much time and resources when there has been sufficient evidence that shows no wrongdoing by the Administration. This is a political witch-hunt that is wasting taxpayer money and Congress should be focused on solving the issues that will help the middle-class grow.

A) When this concerns United States citizens, we have laws that must be respected to gain access to their communications.  Court-orderd warrants must be used. Regarding overseas communications, I fully support giving the FBI, NSA, or DOD the tools they need to access these platforms.

A) Our prison system in the US is already overburdened by overcrowding, inadequate staffing and funding limitations as it is, and increasing this burden by integrating even more potentially, extremely dangerous individuals into the system here is a concern of mine. As long as enemy combatants remain in our hands, I support the facilities we have under our control.

A) There are simple measures Congress can take right now that will significantly reduce gun violence in our country. We need to close the Charleston Loophole where gun sales can be completed without a background check if that check has not been completed within three days. We also need to tighten internet sales and gun show loopholes for individuals that sell large amount of firearms to require them to conduct background checks on all their sales.

A) Yes, I do believe there is scientific evidence of climate change. I applaud the Paris agreement as it is one of the most aggressive measures to combat climate change in decades.

A) As a small business owner, I know how hard it is to start a business in general.  I support targeted tax breaks to small businesses to promote hiring.  I do believe the wealthiest among us have been unfairly using their accountants and lawyers to shield income from taxation and I would support a return to minimum standards where those exemptions cannot unfairly lower their burden.

A) Congress needs to find responsible measures to ensure the solvency, but we also cannot have enormous amounts of income shielded from payroll taxes that middle and lower class families primarily pay.  Income is income and simple adjustments to the payroll tax cap can go a long way to ensure solvency.  We also have to attract more workers to the U.S. economy to replace the aging baby boomers such as fixing our broken immigration system.  Finally, let’s remember that current projections are for the funds to lack necessary funds to pay benefits in 2034.  If we address crucial infrastructure needs, fix our immigration system, and switch to a new energy economy, tremendous economic growth will change that “insolvency” date.

A) Yes, big banks created the financial mess by taking big risks and we should find ways to discourage this dangerous behavior.  Hillary Clinton has released strong policy on this subject and I support measures such as this to achieve a more stable financial system.

A) I am committed to building on reforms in the Affordable Care Act that improve value and quality care for Americans. We should also have constant discussions with small businesses as well to make sure they are not burdened and make the process of providing their employees with quality health care as seamless as possible.

A) Absolutely not. Planned Parenthood provides important health services like cancer screenings and breast exams to women in my district and I will fight vigorously to maintain its funding.

A) Fixing our immigration system would significantly benefit our economy as we bring millions out of the shadows and into a tax base that can be used for resources like education, healthcare and infrastructure. Deporting DREAMers would be conducive to stagnating our economy. These talented individuals can serve our country and our communities and we should find responsible ways of providing them a path to citizenship.

A) I would support reforms that allow current holders of debt to refinance at a lower rate and future students to take on debt at low interest rates that reflect the government’s low cost of debt.