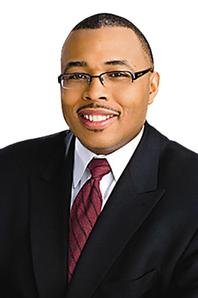 A) Jobs, Safety, Equality.  As an alderman, I am always looking for new community partners to hire residents or help us prevent crimes.  As a Congressman, I will look for new ways to level the playing field for everyone. In Congress, I’ll fight to increase the minimum wage, develop new laws to protect our most vulnerable citizens and make sure everyone has an opportunity to pursue the American Dream.

A)  For 20 years, Bobby Rush has been representing us in Congress.  But, for over a decade, he has failed to show up. He has missed more votes than any other member of Congress and he has failed to vote for bedrock policies of the Democratic Party.

The biggest difference between Bobby Rush and I is that I show up.  My ward can count on me.  The 1st Congressional District cannot count on Bobby Rush.

A)        My wife is an employee of Cook County in the Enterprise Resource Planning System.

A)        The key to taking down ISIS is to cut off their funding supply.  The less oil we purchase from the Middle East, the less money flows to ISIS.  The better we protect antiquity sites, the less artifacts they have to sell.  ISIS has dug in for the long haul and we need to suffocate their funding.

If Congress authorizes more domestic energy production and  offers the right incentives for renewable energy, we can slow the flow of oil from ISIS controlled countries.

A) I do not support banning Muslim admissions into the U.S.

A)  I believe in the message engraved on the Statue of Liberty – “Give me your tired, your poor, your huddled masses yearning to breathe.”  We need to keep America safe and we need to make sure that all immigrants are coming here legally and that they don’t mean our country harm but singling out an entire country of people goes against what we, as a country, stand for.

A) I support the President and his decision not to enforce a no fly zone in Syria.  Military experts and the White House believe enforcement of a no fly zone is impractical and unfeasible.

Enforcing a No Fly Zone would only damage relations with Russia and would not prevent the deaths of Syrian nationals and Syrian refugees as most of the attacks are coming from the ground.  We need to be developing a foreign policy that minimizes spending abroad and bring that money home.  Sending jets into the sky costs money.  Enforcing a no fly zone in Syria won’t save lives.

A)  We should learn from Benghazi so that we can better protect American diplomats but we need to stop the Witch Hunt.  The committee needs a deadline.

A) It would seem to be foolish to leave any stone unturned when it comes to catching terrorists.  Terrorists both foreign and domestic use the “Dark Web” to communicate amongst themselves and plan their next moves.  I believe that U.S. law enforcement should have whatever access they need to catch terrorists on the “Dark Web.”  I do want to ensure that U.S. citizens’ rights are protected, so warrants must be used to tap their devices.

A)   I believe we have the strength as a country to have our justice system handle these prisoners, as we have numerous times before. Although difficult for some of our citizens to accept, I agree with the President that we must move forward and close Guantanamo.

A) We should make the President’s recent executive order a law.  We must close loopholes that require those trying to buy a gun to get a license and go through a background check.  We need to ensure that there is not an online marketplace for firearms.  We need to continue funding mental health service providers so that the state police know who is mentally unfit to own a gun.

A) We need to implement changes that break down, what the New York Times referred to as, “Income Defense Industry.”  The wealthiest Americans are exploiting tax loopholes to limit their tax liability to around 17% of their income when they are supposed to be paying 25% - 27%.  This is a huge amount of income that would fund schools, mental health centers, and other vital safety net programs.


Q) What are the most important actions Congress can take to ensure the solvency of Social Security?

A) I believe that we need to explore a number of reforms but we should begin by raising the payroll tax cap.  Under our current system, we are only taxing the first $106,000.  We should explore raising this cap and having it apply to income derived from investments.  No laborer on the street should have to pay taxes a banker or trader does not.  It will result in wealthier Americans paying more into the system only to get the same benefits as others but it will provide some much needed relief for the system and preserve a vital entitlement.

A) Yes.  Implementing a risk fee on big banks will help us prevent another stock market crash.  People are still healing from the 2008 crash.  Many Americans are still without jobs, pension funds haven’t recovered, small businesses haven’t reopened.  We need to be doing more to prevent crashes like 2008 from happening again and the “risk fee” will help us do that.

A)  We should be reforming Obamacare so that we are on a path to single payer healthcare.


Q) Do you favor stripping federal funds from Planned Parenthood? Why or why not?

A) No.  Planned Parenthood provides a number of health service options for women, particularly those in low-income communities that may not be able to afford other options.

A)  I would support legislation to prevent DREAMer deportations.  I do support putting DREAMers on a path to citizenship.

A)  Secretary Clinton’s “New College Compact” is the most aggressive way to address the growing burden of student loans in America.  It expands some of the President’s programs that allow students to repay student loans based on their income, enables low-income students to use their Pell grants for living expenses and allow students to refinance their loans.  In addition, their needs to be more investment from states and the federal governments in high education.