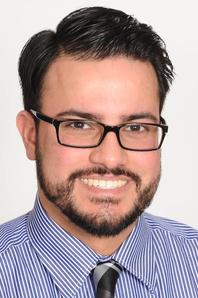 Q. Illinois has a massive state debt and crushing pension debt. Many elected officials from the governor to state lawmakers have indicated there is a need for additional revenue to help balance the budget. If Illinois needs to generate additional revenue, which options would you support in a budget package:

1. Increase the state’s income tax on individuals or corporations, either temporarily or permanently.
2. Expand the sales tax to services.
3. Tax retirement income in excess of $50,000.
4. Adopt a progressive income tax.

A) I support proposals such as using the City of Chicago’s 1.4 billion TIF to fund CPS instead of giving out corporate handouts.

A) Yes to both because it’s unfair that Chicago is paying more than any other school district in the state while it receives the same pension funding as the rest of the districts.

A) Significant increase in state funding for higher education. My plan would be to reach across the aisle and work with private sector corporations to secure additional opportunities for public higher education.

A) No. There can be other streams of revenue that should be used before imposing a new or addition tax.

A) 1.) Support funding for programs for technical and trade jobs.
2.) Funding for infrastructure repair.
3.) Changing our corporate tax structure to lure in new corporations.

Q) Illinois has a very diverse energy portfolio and is a net exporter of energy in a deregulated marketplace. Energy is poised to be major issue in 2016 because of federal regulations and possible changes in Illinois’ energy portfolio. Nuclear energy emits zero carbon emissions at a time when the new federal rule requires Illinois to reduce carbon emissions by 44 percent. Do you support or oppose legislation backed by Exelon to create a low-carbon portfolio standard?


Q) Illinois’ current Renewable Portfolio Standard calls for Illinois to procure a certain percentage of renewable power by the year 2020. The state is only halfway to its goal, and there is a proposal to increase the required amount of renewable energy and extending the time period to meet that goal. Do you support or oppose increasing Illinois Renewable Portfolio Standard even if the cost of power increases slightly? Do you support or oppose the Illinois Clean Jobs bill?

A) Yes, the long term outcome will end up benefiting us in the end. Yes, I do support the Illinois Clean Jobs bill.

A) I support a cap-and-trade program.


Q) Do you support or oppose state licensing for all firearms dealers?


Q) Do you support or oppose allowing families to petition the courts to temporarily remove guns from people in crisis?


Q) Do you support the goal of reducing the Illinois adult prison population by 25% by 2025? Would you support sentencing reform such as reducing or eliminating prison terms for non-violent drug offenses? Would you support early release of aged and disabled prisoners predicated on an assessment of risk to public safety prior to release?


Q) Do you support automatic expungement and sealing of criminal records for all crimes after an appropriate period during which the former offender commits no crimes?

A) Yes. Juveniles benefit much more from counseling than from long or short term detention. We need to stop jailing and failing our kids.

A) No. We need voter to be able to elected qualified judges that represent a judiciary that is reflective of their individual communities.

Yes, I support a constitutional amendment to create an independent commission to draw legislative maps. It is crucial in keeping minority representation in the General Assembly.


Q) What changes in workers’ compensation or tort reform do you favor?

A) Any changes in workers’ compensation right now are part of Governor Rauner’s turn around agenda.


Q) Do you support or oppose automatic voter registration?


Q) What sort of ethics and campaign-funding reforms does the state need?

A) Tougher and more stringent regulations on lobbying registration and pay-to-play politics.


Q) 2016 is going to be a big year in education, as both state and the City of Chicago wrestle with fundamental issues of funding and school policy. Who was the most important teacher in your life and why?

A) My parents. They taught me if you work hard, you are given opportunities. They taught me to always invest in myself. Their tireless work ethic has given me the structure and fortitude to never exhaust in our mission to make our communities a better place to live, grow, and flourish as people.

Omar Aquino is endorsed by the Sun-Times. Read the endorsement.