Michael R. Zalewski is endorsed by the Sun-Times Editorial Board. Read the endorsement here.

A: Police and firefighters risk their lives everyday for our safety, and they have diligently paid into the system. They should not be penalized. However, we need to be working within realistic financial constraints and make sure that the pension systems are sustainable going forward. Any changes should have the input from all stakeholders, including people who are currently employed as well as retirees.

Q: Chicago's pension systems for municipal workers and laborers already have been restructured, reducing benefits, but the city has yet to identify where it will find the revenue to sufficiently fund those systems. Under what circumstances would you support a property tax increase to raise the needed revenue for the fire and police pensions and/or the municipal workers and laborers pensions?
A: I think we should explore other options before resorting to raising property taxes on middle class families.

A: A Chicago casino could help generate revenue that could be used for education, including the teachers pension systems. Boosting economic development will additionally help. I also support streamlining government spending. Residents are doing more with less, so should city council. I support reducing the number of council committees as well as reducing aldermanic expense accounts. There may be other areas that we can trim without reducing the quality of services and programs. Education should always be a top priority in the budget.

* A statewide expansion of the sales tax base to include more consumer services
No, that would unfairly penalize senior citizens

A: Yes. I will continue advocating for increased patrols, supporting efforts to prevent gangs and gun violence from moving into our ward, and by cracking down on criminals who attempt to prey on our children by banning sex offenders from public libraries.

I work very closely with three neighborhood watch volunteer groups, Garfield Ridge Neighborhood Watch Group, Clearing Night Force, and the Archer Heights Civic Association. These are groups where community residents volunteer their time to patrol our streets, parks, schools, and alleys and notify Chicago Police if they see anything unusual. They are also strong court advocates, which helps keep criminals from using our community for repeat crimes. I support the CAPS program, which keeps residents involved. I advocated for an 8th Police District sub-station and encourage police cars to remain in their respective beats whenever possible. I additionally have my staff patrol our streets on a regular basis to look for gang graffiti so it can be removed immediately.

A: First and foremost, I support increasing our police force, and moving more officers from desk jobs to the patrols. I support tougher sentencing for dangerous, violent criminals. I would support statewide legislation demanding mandatory minimum sentences of 5 years for any crime committed with a gun. I would also support a “three strikes you’re out” policy that imposes mandatory life sentences for violent criminals who commit three crimes with a gun.

A: I am interested to see the results from the ballot initiative, and I would also like to know more information about what a proposed elected school board would look like and whether or not there would be additional costs associated with it.

A: I have supported the use of TIFs to boost economic development in my ward, to help a business move in and hire local people. Example: Shop N Save market, a grocery store that replaced a Dominick’s that had closed and had become a vacant eyesore in our community. It is now employing 120 people. I support making the TIF process more transparent and inclusive, and incorporating community input into how they are used.

A: I have supported efforts to bring in new businesses that hire local workers. I helped bring in Meade Electric Co. to the ward from the suburbs to create jobs locally. I helped bring in Shop N Save into a vacant Dominick’s that was an eyesore for the community. Shop N Save has now created 120 jobs for local people. We need to continually back efforts that will revitalize economic development along Archer Avenue. I plan to continue working with community residents and stakeholders to promote our neighborhood to all types of businesses. A good way to attract new business is to provide a safe, clean neighborhood environment so that residents will want to work and shop locally.

A: First we should reduce the number of committees and reduce the size of aldermanic expense accounts. I am remaining open to reducing the size of city council, but it would depend on the specific proposal. I would want to ensure that city services are still accessible to residents, and I would also want to make sure they still have a strong voice.

A: Over the years, I have heard from fire department officials about drivers abusing traffic light caution (yellow lights) and causing horrific crashes. Adding countdown times at intersections with red-light cameras was something I instituted to assist drivers in knowing the amount of time they have before the signal changes to yellow. This has dramatically reduced the number of tickets being issues to residents.

A study came out recently in the news detailing how red light cameras do not improve safety. Before taking action, I would need more information from the Department of Transportation, and the police and fire departments to accurately understand and weigh their benefits and costs. If additional studies and data prove that the cameras are not improving traffic and public safety, then I would support reversing their implementation.

A: Public safety, city services, and education are my top concerns. The 23rd ward is a great place to work, live and raise a family, and I am committed to making sure it stays safe and strong. I am committed to increasing police patrols so that gangs and gun violence do not enter our neighborhoods. I am also cracking down on criminals who prey on our children by supporting a new ordinance that would ban sex offenders from public libraries.

I have lived in the 23rd ward my entire life. I attended the local public schools, and worked part-time in our neighborhood stores while going to school. My public service career began with loading the back of a garbage truck for Streets & Sanitations. To serve my community as the alderman is the greatest privilege of my life; it is a responsibility and passion that I take very seriously. As a former Deputy Commissioner of the Bureau of Sanitation and as President Pro-Tempore of the City Council, I know how both city departments work. I know that we can reduce spending in the legislative branch, and I am continually dedicated to making sure our streets are safe and looked after.

Political/civic background:Alderman. I began my career loading the back of a garbage truck for Streets & Sanitations. I then worked plowing snow, filling potholes, and trimming trees. Providing quality city services and making sure our neighborhoods are safe and strong has always been my top concern 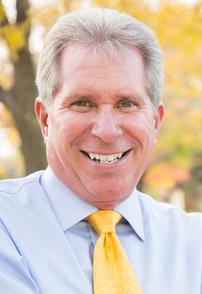