Q: Chicago's fire and police pensions are greatly underfunded, and the city is required by the state to make a $550 million payment into the pension funds by the end of 2015. Do you support restructuring the pension systems, inevitably reducing benefits, to put the funds on sound financial footing?
Yes or No:No
Please Explain:
The Illinois Constitution, in surprisingly plain language, says that pensions and benefits cannot be reduced. Courts have ruled attempts by the state and others to reduce pensions and benefits to be unconstitutional.
Additionally, as a proud union member (Fraternal Order of Police Lodge 7), I have made my pension contributions as promised, as have all of the other public employees.
The pension systems are in trouble largely through bad decisions made by politicians. In the city’s case, for several years, the Daley Administration did not make the proper annual payments
into the system. This has been commonly referred to as “kicking the can down the road.” In addition, in several of the pension funds, bad investments were made, again by politicians or their appointees. Police officers, firemen, teachers and others should not be forced into poverty because of the bad decisions of politicians.
I might be inclined to support reductions in pensions and benefits if organized labor is at the table, instead of an Administration making unilateral decisions and forcing down the unions’ throats.

A: I do not support a property tax increase and one should be considered only as a very last resort. The restructuring of the pension systems has been recently challenged in court and if the judicial rulings are consistent, it will be struck down. The Administration successfully negotiated pension reform with the unions representing the Park District and others. That is the way we should proceed with pension reform-with all stakeholders at the table.

A: Again, the Administration should lead on this issue with reasonable negotiations with the Chicago Teachers Union either as part of the new contract, or after agreements on wages and working conditions are agreed upon. If restructuring is to occur, in order to be constitutional, it must be done with labor at the table. Any other process is simply spinning our wheels until it is struck down by the courts.

Q: In light of the financial issues discussed above, do you support any or all of the following measures, each of which would require, at a minimum, approval by the Illinois Legislature?
* A statewide expansion of the sales tax base to include more consumer services
Yes or No:
Yes, but only if were statewide. Also before saying yes unconditionally, I would need to know the particulars-such as which services would be taxed and at what rate.
* A tax on non-Chicago residents who work in the city
Yes or No:Yes
This tax makes more sense with the raise in the minimum wage. If suburbanites are going to come into the city and take those jobs from struggling families who finally have a chance to get ahead, then they may as well pay a tax for that.
* A tax on electronic financial transactions on Chicago’s trading exchanges, known as the “LaSalle Street tax”
Yes or No:
YES
Please explain your views, if you wish, on any of these three revenue-generating measures.
In order for this to tax to happen, state law would have to be changed. However, it’s time that everyone begins pulling their weight in these economic challenging times. This tax could generate new revenue of Billions of Dollars to the city budget that could help with the funding of the underfunded city pensions without the consideration of increasing property taxes.

Q: Do you support hiring more police officers to combat crime and gun violence in Chicago?
Yes or No:Yes
Please explain:
As a decorated twenty-one year veteran of the Chicago Police Department, I deal with crime on an every day basis. Those of us on the street every day know we need more help. More than that though, I am in favor also of a more diverse police force. Commanders should have the option, when they need to send additional officers to geographic areas, of sending officers who accurately reflect the people in that area.

A: I support mandatory minimum sentencing for the possession of illegal guns similar to the one in New York. It is very frustrating as a Police Officer to take lock up criminals who illegally possess and use guns and then find them back on the street in a matter of weeks or months.
I support mandatory background checks for every gun purchase regardless of where it is made, and if it could pass, a ban on automatic weapons, similar to what passed during the Clinton Administration.
I support the rights of law-abiding individuals to defend themselves and their homes.

Q: An advisory referendum on switching Chicago to an elected school board, rather than an appointed board, is expected to be on the ballot in more than 30 wards on Feb. 24. Currently, the mayor appoints all seven board members and the Schools CEO. Do you support a change to an elected school board?
Yes or No:
YES
I am for an elected school board. The current school board does not listen to the people. Education policies should be made with the communities in mind, not simply the wishes of the Administration. I realize that the state law must be changed to implement this change, and I would be glad to lobby the legislature for this change.
Please explain:

Q:What reforms would you propose for the city's TIF program?

A: I support sweeping excess TIF funds into general revenue and into sister agencies, particularly during budgetary emergencies.
Transparency is needed first and foremost. Residents should not be surprised to find out a new project has been approved. When I am Alderman, the public will be well-informed about potential projects and the developers who receive city subsidies, and they will have a voice in those decisions.

A: There are a lot of infrastructure projects that need to be completed in our ward. Businesses want good, clean streets and solid water works. Those projects will create good jobs. There is a need to attract high quality businesses, such as a national hospitality brand name (Hyatt, Holiday Inn, etc.) along
the Dan Ryan, as there are along every other major expressway leading into the city. We should further utilize apprentice, training and re-training programs at both City Colleges and high schools. In addition to good infrastructure, new businesses want well-trained employees. Also each TIF district that affects the Sixth Ward are geographically at the margins. I may look to establish a TIF district for the heart of the Sixth Ward and then use it to attract the kind of businesses that other wards are now attracting.

A: I support the current number. I am most concerned with the level of city services. Many wards, including my own, have substandard city services. Some Aldermen have a difficult time serving the number of constituents they have already. They would be even more hard-pressed to serve twice as many.

Q: Do you support, in general concept, establishing a gambling casino in Chicago?
Yes or No:No
Please explain:
Our goal should be to have less gambling in our society, not more. It would be truly tragic if funding for vital city services were forced to depend on an unstable source such as gambling.

Q: Does the city have an acceptable number of red light and speed cameras currently, and are they properly employed?
Yes or No:No
The city actually has too many Cameras. The red lights and speed camera program as currently constituted is not about safety. It is about revenue that doesn’t hold the actual driver accountable but the owner.

A: My top three priorities all go hand in hand. First we must find a way to dramatically reduce the rate of violent crime in the 6th Ward and other south side communities. In addition to more police officers on the street, violent crime will be reduced when we can fulfill the second and third most important issues. Second is the need for good jobs at good wages, and third is to do whatever is necessary to improve our local schools.
A close fourth is to do more to help our veterans. I served my country for eleven years in the Army, including in Desert Storm, and can relate to the problems our veterans have returning to society after service. 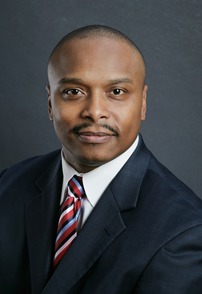