Political/civic background:  No previous political experience but I am a business owner and faith-based leader and community activist. 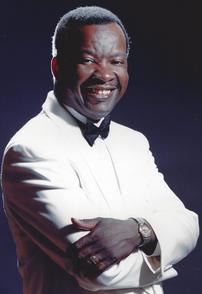 Please name your top three priorities for the city, and explain how you will make changes in those three areas.

I believe in economic empowerment and stimulating the growth of communities through strong, new business opportunities.  I propose to take city owned empty lots, vacant buildings and potentially other, larger buildings and sell them to members of communities and people who want to start new business for one dollar, as we have done before. I have also detailed my ideas to reform the TIF process.

This will give those who have skills to make those properties productive again.  This program will be linked to other economic development initiatives that I believe will include area banks, and other sources of loans, along with a city regulated mentoring program to assist and supervise those who want to start local business.  The rehab of a single property can be the start of a business as well as an opportunity for new housing for another.

The re-opening of closed schools can only be properly accomplished by a committee of community residents, teachers and administrators.  The specific decisions as to how many can be re-opened or combined, must be a communal effort by such a group. I plan, if elected, to form such working groups with representative from the communities affected to work alongside the others mentioned to form a new plan.

On the subject of financing these changes, we will look to all areas of the existing budget, the contract purchases specifically, as well as the property tax base, and an independent the use of the lottery funds.  Finally, in other development plans, we intend to follow through, with the new governor, to release the license for a Chicago casino to partially fund these education initiatives.  Our plan for the casino are detailed and in another topic.

My education plan also includes the re-establishment of a vigorous trade school and alternative school program. Utilizing some of the 50 schools closed, again relying on a committee of community residents, teachers and administrators, we will begin opening schools that teach Para-medical, mechanical, culinary and other trades while allowing review and study for the GED for any student without a high school diploma.  This will allow young people and perhaps even adults, who have not completed high, school as well as those that have and need to learn a new trade, to find what they need to succeed in their communities.

We need to get our officers back on the streets and into our neighborhoods.  We need to incorporate them into the communities and reengage them.  Hiring more officers is not the only answer—we need to work on management of the officers we already have on the payroll.

Chicago's fire and police pensions are greatly underfunded, and the city is required by the state to make a $550 million payment into the pension funds by the end of 2015. Do you support restructuring the pension systems, inevitably reducing benefits, to put the funds on sound financial footing?

I support bringing in a financial and pension expert who can examine the current pension situation and create innovative, legal ways for us to fully fund the pension system and allow recipients to receive the benefits they have earned.  We need to make sure that the pensions that workers have been promised are fulfilled.

Chicago's pension systems for municipal workers and laborers already have been restructured, reducing benefits, but the city has yet to identify where it will find the revenue to sufficiently fund those systems. Under what circumstances would you support a property tax increase to raise the needed revenue for the fire and police pensions and/or the municipal workers and laborers pensions?

I do not support a tax increase to fund the pension system.  These systems should have been properly funded and we cannot now pass along the improper management to our tax payers.  The mismanagement and underfunding of the pension system is the fault of poor leadership and government and the solution should be found by cutting from the budget.

Large and growing payments required to keep the Chicago Teachers’ Pension Fund solvent are squeezing CPS' budget, forcing cuts elsewhere and limiting investment. The Chicago Board of Education has increased property taxes, but it is not enough to keep up with the high annual costs. What measures do you support to ensure a solvent retirement system and to improve the district's finances?

I support bringing in an expert to review and analyze the budget and spending of CPS.  We need to find measures outside of raising taxes to fix the pension crisis.  Our teachers have worked hard for their pensions and we need to ensure those benefits for them when they retire.

In light of the financial issues discussed above, do you support any or all of the following measures, each of which would require, at a minimum, approval by the Illinois Legislature?

What will you do as mayor to bring jobs to the city and boost economic development?

I believe in economic empowerment and stimulating the growth of communities through strong, new business opportunities.  I propose to take city owned empty lots, vacant buildings and potentially other, larger buildings and sell them to members of communities and people who want to start new business for one dollar, as we have done before. I have also detailed my ideas to reform the TIF process.  We also need to create incentives for new businesses to come to Chicago,

Specifically, one of the most historically suspected corrupt areas of this city has been in the award of contracts to insiders and a network of campaign contributors of politicians.  The City of Chicago hands out contracts with a value of over $2 billion dollars of goods and services each and every year.  We must ensure that all of our citizens have a fair and equal chance for this powerful economic opportunity and that it is not stripped away in a back room. These opportunities must be awarded in the communities where the opportunities are.

We propose to establish a Small Business Regulatory Fairness Board similar to those that have been so successful at the SBA, to ensure Equal Opportunity and Transparency for anyone interested in a contract with the City of Chicago.  This board will be made up equally of community members, businessmen and lawyers, on a rotating basis, not long-term insider appointments. Communities will be allowed to appoint these individuals from their own community. We believe it is better to give our own community businesses new economic opportunity to create local jobs and build stronger local businesses' than to raise taxes on the little guy. I will propose legislation that any contract awards must be tied to community hiring requirements and verified.

My plan is to integrate our officers into the communities. The fact is that City of Chicago has more police officers per resident, than any of the top four largest cities in the county.  We need to have officers in the streets, on the trains and in our communities.

All the other candidates, including Mayor Emanuel during his first campaign, have called for more police.  However to add more police we would need to raise taxes on the little guy to pay for it, I won't do that.  We need to stop the "nickel and dime" tax thinking, it is destructive in the long run.

I say the problem is management.  As a businessman with interests in Chicago, Tennessee and worldwide, I know that the hard part about any endeavor is managing what you’ve got, not just spending more money.  You've got to follow up, follow through and be held accountable.  You’ve got to know your customer and speak with them all the time.  Who is the customer of the police? THE PEOPLE! We need to reemphasize the motto slogan 'We serve and also protect'. The police need to be trained to feel that service is in their job description.

Proper background checks and FOID registration is critical; however, there will always be individuals who are able to skirt the system and obtain guns illegally.  Stronger penalties for illegal firearms and a buyback program are also ideas I would support.

The Chicago school board should be comprised of members who are elected to those positions by the people of the city.  We should allow the people to participate and voice their opinion in who should serve on the school board.

TIFs are the primary economic development tool of the city. In a TIF district, taxes from the growth in property values are set aside for 23 years to be used for public projects and private development. Do you support increasing the annual TIF surplus that the mayor and the City Council have declared in each of the last few years, money that goes to the schools and other city agencies?

What reforms would you propose for the city's TIF program?

Unfortunately, the TIF program, because of obvious abuses, has come to be thought of as a "slush fund" for insiders by many Chicagoans. The TIF program should be considered as an engine for the development and expansion of such programs.  TIF funds should also be distributed equally among all communities-we must grow all of our neighborhoods.

The TIF program needs to be reined in and become a more transparent pool that is used as a development tool for all of Chicago's neighborhoods, not just downtown the South Loop, DePaul and a few others.  I am specifically weary of these funds being used as inducements to large corporations to stay or relocate.

I believe in economic empowerment and stimulating the growth of communities through strong, new business opportunities.  I propose to take city owned empty lots, vacant buildings and potentially other, larger buildings and sell them to members of communities and people who want to start new business, for one dollar, as we have strong historical precedent for.

9) Size of the Chicago City Council

With the decreasing population in the city of Chicago, we should consider reducing the number of City Council members.  There was a proposal by a current Alderman to reduce the number to 35 and I would support that ordinance.

A casino will bring jobs, revenue and tourists to the city.  The city would benefit from the casino and should be considered as a potential new source of revenue.

Please explain:  The red light cameras have been wrapped in negative reports, abuse and corruption.  We need to completely reevaluate the use and need for these cameras.