Ideally, pension reform will move forward with a compromise.  However, we need to begin by retooling retirement plans for new hires, then examine what, if any, reforms we are allowed to implement for current workers.  Everything needs to be considered in regards to pension reform and I believe the Supreme Court’s upcoming decisions will help guide us.

We need more flexible pension options for new hires who may opt into a 401K system.  We need greater flexibility in how we invest our pension funds so that we are getting the greatest return on investment.  Finally, we need to reform the rules on double-dipping so that retirees are only receiving one pension from the city.

I am against a property tax increase.

A: We need to reform the TIF process so that more money is going to schools instead of being diverted for other uses.  TIFs are a key player in economic development but we need to make sure that they are only being used in blighted areas, that they are transparent, and that TIFs are expiring when they have accomplished the goals.

In addition, I support exploring new revenues sources dedicated to education, including the possibility of a land-based casino in Chicago.

Non-residents spend money in our shops, eat at our restaurants, and buy things in Chicago.  That revenue is crucial to the local economy and I worry that taxing non-residents for working in the city could lead to businesses moving to the suburbs to avoid taxation.

I am afraid that taxing Chicago’s exchanges will lead the exchanges leaving the city.  These exchanges create many jobs and can easily move to the suburbs or to other major cities.  Losing the exchanges would lose vital revenue for the city and cost us jobs.

Please explain:
I work closely with my local police officers and believe in getting our officers the resources they need to decrease crime in the 44th Ward and in our City.

I believe in stopping guns from coming into our communities and I support any legislation that will accomplish that.

Please explain:
I would be interested in exploring the specifics of certain proposals that create a hybrid system, but I do support the mayoral appointed school board because it takes politics out of our children’s education and allows parents to hold one person accountable for the quality of education in this city – the mayor.

Q: TIFs are the primary economic development tool of the city. In a TIF district, taxes from the growth in property values are set aside for 23 years to be used for public projects and private development. Do you support increasing the annual TIF surplus that the mayor and the City Council have declared in each of the last few years, money that goes to the schools and other city agencies?
Yes or No:
Yes.

A: I believe that we need to reform the TIF program so that the City can hold companies and developers accountable for the promises they make, so that the TIF program is more transparent, and most importantly, that it is only being used as an economic development tool for blighted areas.

A: I have been proud to see the growth and development of the 44th Ward since being elected Alderman.  I believe in a hands-on approach to economic development so that we are attracting quality businesses that act as good neighbors.  We have a thriving commercial district, a growing number of small businesses, and a world-class entertainment district.  In the past term, I worked with community groups, businesses, and developers to expand both Advocate and St. Joseph Hospitals in addition to the expansion of Wrigley Field. All three of these major developments will create jobs and were accomplished without taxpayer subsidies.  Even when not considering these major projects, the 44th Ward has seen a 100% increase in our permit value since 2012.

I caution against reducing the number of City Council members because there is a great need for the services that Aldermanic offices provide.  An engaged Alderman can play a huge role in growing and improving their community.  I am open to exploring reducing the number of Aldermen to reflect any reduction in city population.

Please explain:
A casino in Chicago will attract crowds that are already gambling in Indiana, Michigan, and Wisconsin.  Instead of losing that revenue, we could be keeping that money in Chicago.

Yes or No:
No.
Please explain:
Red light and speed cameras need to be about safety, not revenue.  In the 44th Ward, we analyzed the impact that a red light camera made on Halsted and Belmont.  The camera did little to improve safety or traffic conditions so we removed it.  That is the type of diligence the City needs to implement for all cameras in Chicago.  A thorough review of cameras is needed so that we using the program as an efficient way to prevent traffic accidents. 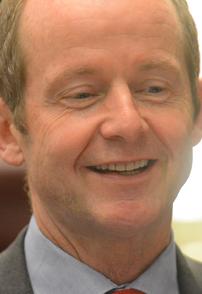