1) City Pensions
Q: Chicago's fire and police pensions are greatly underfunded, and the city is required by the state to make a $550 million payment into the pension funds by the end of 2015. Do you support restructuring the pension systems, inevitably reducing benefits, to put the funds on sound financial footing?
Yes or No: Yes
Please Explain:
I support legislation that would establish annual caps on benefits at $125,000 for new hires. I support a dedicated revenue stream to the municipal pension along with a reduction for new employees on a prospective basis. We cannot financially sustain the current level of benefits and we must reduce them without affecting retirees. In regards to current and new employees, I would advocate changing the system to match closely with the federal government and/or with the 401(k).

Q: Chicago's pension systems for municipal workers and laborers already have been restructured, reducing benefits, but the city has yet to identify where it will find the revenue to sufficiently fund those systems. Under what circumstances would you support a property tax increase to raise the needed revenue for the fire and police pensions and/or the municipal workers and laborers pensions?
A: I will not support a property tax increase to raise needed revenue. Property owners should not bear the sole financial responsibility for providing the additional funds to repair the pension system.

3) Revenue
Q: In light of the financial issues discussed above, do you support any or all of the following measures, each of which would require, at a minimum, approval by the Illinois Legislature?
* A statewide expansion of the sales tax base to include more consumer services
Yes or No: No
* A tax on non-Chicago residents who work in the city
Yes or No: No
* A tax on electronic financial transactions on Chicago’s trading exchanges, known as the “LaSalle Street tax”
Yes or No: No
Please explain your views, if you wish, on any of these three revenue-generating measures.
I am in favor of a tax for individuals making over $500,000 a year. The lower and middle class would be harmed by the additional financial burden from an increased sales tax.
In an effort to better control the City’s budget, I support the consolidation of city
departments, maintaining a freeze on non‐safety hires, control government spending and a review of all non‐essential capital projects.

4) Crime
Do you support hiring more police officers to combat crime and gun violence in Chicago?
Yes or No: Yes
Please explain:
I support putting more police manpower in neighborhoods that have higher criminal activity, whereby, using limited resources more efficiently. I support realigning the beats and moving police from lower crime areas to higher crime areas would be an ongoing policy I would advocate until the city hire up to the policeman staffing level needed.
I propose establishing police sub-stations throughout high crime areas in effort to reduce crime and bring the police closer to the residents within their community.
I participate in police watch activities and I educate community organization in my area on interacting with the police. I would push for policemen wearing body cameras.
It is not refuted that there is a shortage of police manpower throughout Chicago. This
shortage has unfortunately led to decreased resources in the areas where violence continues to spike, including Austin. Crime, especially violent crime, has a dramatic and spiraling negative effect on the spirit and development of a community. Moreover, when there is either complete unawareness or a lack of effective responsiveness to the issue, it gets worse and amounts to despair in the community.
I will be a voice that will encourage the hiring of more police officers. A voice that will foster better education for the public, as well as police officers, regarding issues that often lead to mistrust. Crime and public safety has, and will continue to be, one of the factors that will bring unlimited hope to the community or despair. As Alderman, I choose to use my understanding and experience with the Chicago Police Department to bring hope for our families, businesses and communities.

Q: What legislation in Springfield would you support to try to stem the flow of illegal guns into Chicago?
I would support legislation that would require all gun buyers to pass background checks, fingerprinted, limit the types of high-powered weapons available and restrict the number of bullets allowed in magazines. I propose better tracking and control of gun sales nationwide since many guns come across State lines without the knowledge of law enforcement. I believe there should be a database registry of all gun offenders. I would encourage laws that stem the transfer of guns to second and subsequent owners who undergo no background screening and are difficult or impossible to trace.

5) Elected school board
An advisory referendum on switching Chicago to an elected school board, rather than an appointed board, is expected to be on the ballot in more than 30 wards on Feb. 24. Currently, the mayor appoints all seven board members and the Schools CEO. Do you support a change to an elected school board?
Yes or No: Yes
Please explain:
I believe the parents of the students in Chicago should have a voice in the education of their children. Their voice is best serve by being able to elect officials to represent their interest, whereas, they can be held directly accountable.

6) Tax-increment financing districts
Q: TIFs are the primary economic development tool of the city. In a TIF district, taxes from the growth in property values are set aside for 23 years to be used for public projects and private development. Do you support increasing the annual TIF surplus that the mayor and the City Council have declared in each of the last few years, money that goes to the schools and other city agencies?
Yes or No: Yes

Q: What reforms would you propose for the city's TIF program?
A: In the spirit of transparency, I would work towards a more open and public process regarding the use of TIF funds. The practice by the current administration and supported by this council has created an image of a lack of trust and questions the legality and moral correctness of the use of these funds. Use of TIF funds should have the support of the community and businesses in that particular district, and a commitment that shows those surplus dollars going back into that community. I support using TIF funding for Chicago Public Schools infrastructure improvements.
I don’t support the $55 million allotment of the TIF funds to buy land for a Marriott Hotel and DePaul basketball arena. I believe funding for private use should be directed in depressed neighborhood areas.

7) Neighborhood economic development
Q: What would you do as alderman to boost economic development in your ward, and bring jobs to your community?
A: I would ensure that an emphasis is place on keeping our streets and neighborhoods clean through the use of city services and its residents. I would be proactive in creating TIF districts and using the funds to help build the neighborhood’s infrastructure, including businesses façade improvements. I would be selective in the type of businesses that come into the ward, supporting only those businesses that contribute to well-being and economic growth of the community.
I would encourage employers to hire capable local residents.
I would be vigilant in working to make the ward a crime free area. With a reduction in crime, I believe businesses are more apt to locate into the ward.
I am an execute board member of the Northwest Side Community Coalition, working to provide community services and promote new businesses for the neighborhood.
It is my vision that Roosevelt Road, Chicago Avenue, Madison Avenue, Division Street and North Avenue will flourish with businesses that support and enhance the communities in which they serve. I will not support a business that looks to thrive off of the community. I will create a commission of community leaders and businessmen and women to assist me in vetting each business wishing to operate in the 29th Ward.

8) Size of the Chicago City Council
Q: The City Council has 50 members, but civic groups and other regularly argue for reducing the size of the Council. What should the size of the Council be? Please provide a specific number. And why?
A: I believe the City Council can be reduced to 1/3 of its current size allowing it to be more efficient and representative of diverse group of constituents. The way the council is currently structured, the Alderman represents one or two ethic groups forcing their decision making process to be narrowly based. If the council was smaller, it would require the elected official to work on behalf its constituency and City interests simultaneously serving one as a whole.

9) A Chicago casino
Q: Do you support, in general concept, establishing a gambling casino in Chicago?
Yes or No: No
Please explain:
I do not support casino gambling for Chicago. I would recommend a citywide referendum on the issue. There are currently a surplus of casinos surrounding the boundaries of the City of Chicago.

10) Red light and speed cameras
Q: Does the city have an acceptable number of red light and speed cameras currently, and are they properly employed?
Yes or No: The city has too many red light and speed cameras.
Please explain:
I do not support the Red Light Program. We were told it was designed and installed for safety benefits, however, it is another scheme to take hard earned money from the residents. Safety is the least component of what this program offers.
The program has extracted over 11 million dollars from residents in the Austin area and 29th Ward as reported by the Chicago Tribune.

11) Ward issues
Q: What are the top three issues in your ward — the ones you talk about most on the campaign trail?
Crime:
Homicides are up 67% in Austin since Deborah Graham came into office. (Austin Weekly)
Shootings, robberies, burglaries and sexual assaults have all skyrocketed.
Pawn Shop:
Deborah Graham voted against the Galewood community in favor of a pawn shop.
She received $5,000 in contributions from the pawn shop’s lawyer. (NBC5, Chicago Sun-Times)
Liquor Store:
Austin residents had won a moratorium banning new liquor licenses. Deborah Graham pushed through the city council a special ordinance lifting the moratorium allowing the opening of a new liquor store. Deborah Graham helped that liquor store linked to a drug dealer associated with a street gang get $105,000 in city development funds, although liquor stores aren’t supposed to qualify. Deborah Graham received a political contribution of $2,000 from the store. (Chicago Tribune)
Education, Public Safety, Jobs, Economic Development, Foreclosure, Responsive City Services, Minimum Wage Increase and TIF Legislation are my top priorities for the constituents of the 29th Ward.
The greatest concerns I hear from the residents in my ward are jobs, crime, city services, school closings and opposition to the opening of a new pawn shop.
I firmly believe that we are the stakeholders in our neighborhoods and have a responsibility and obligation to leave our neighborhoods in a better position for the next generation. As Alderman, it is my commitment to promote voluntary educational programs to homeowners to help educate and explain the resources available to prevent the possibility future foreclosures.
I will fight to obtain funding from the State of Illinois, as well as the City, to help redevelop foreclosed properties in the 29th Ward. With that, programs should be initiated to assist first time homeowners from the community to help reinvest in the community through grants aimed at assisting the homeowner with down payment assistance. I am committed to bringing safer parks for our children to "come out and play," schools that are properly resourced and neighborhood libraries sufficient on size to serve the growing neighborhoods. 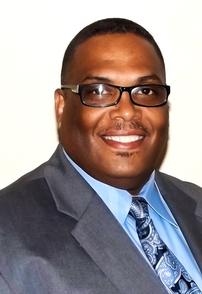