Yes or No:  No to benefit reduction, yes to restructuring.

Please Explain:  Pension benefits that have been earned must be paid. Too often left unspoken is the side effect upon the actuarial problem of city penions by a multi-decade, ill-advised wave of privatization of city services. As city jobs are shed, the ratio of active city workers to retired ones falls sharply, making the actuarial problem significantly worse. Of all the reckless political gamesmanship undertaken with pension structures, it is the notion that privatization brings greater efficiency and fiscal health to city finances that rings most hollow. This management fad must be finally rejected. A program of deprivatizing city services will reverse this process and restore ratios of active workers to retired in numbers that make positive actuarial impact.

A: Before considering a property tax increase, I support expanding the notion of taxable property to include stocks, bonds and commodity futures contracts. I strongly advocate a tiny tax on electronic financial transactions that take place in Chicago. In 2008, the S&P 500 alone traded at the Chicago Mercantile Exchange at $54 trillion in notional value. A tenth of a penny tax on that sum would have produced $54 billion in a single year. As for counter-arguments holding that the CME, so taxed, would leave Chicago, I say it is long past time to stop pretending that the financial industry is precariously sited here in this world-class city. We should all face the fact that market makers and their legal counsel need to be on, or near, LaSalle Street and not in, for example, Libertyville.

A: My first measure would be to stem the tide of privatization that plagues education budgets with heightened, not lowered costs. Second, I support expanding the notion of taxable property to include stocks, bonds and commodity futures contracts. I strongly advocate a tiny tax on electronic financial transactions that take place in Chicago.

Yes or No:Yes, dependent upon assurance of progressivity of any such consumer service taxes.

Yes or No:Yes (as above)

The Emanuel administration's failure to hire officers to replace those lost to attrition has produced worse crime outcomes at the street level in the hardest-hit neighborhoods, irrespective what City Hall's numbers are telling us. This is a mistake that should be rectified.

A: Like all violent crime, gun crime is what happens when opportunity dries up and education is undermined. Any addressing of gun crime without first a fundamental shift in priorities toward addressing the poverty, injustice and lack of opportunity in the highest crime areas of the city would be a doomed effort.

I would support a ban on handgun sales in suburban Chicago. Private store operators in our suburbs should not so easily profit from the mayhem they enable away from their communities.

Please explain: The Board of Education should absolutely be elected by the public so as to put an end to the outrageous current situation of an investment banker as President of the same body whose bank holds the mortgage on properties selected for charter schools, such as with the FBI-investigated Concept Charter.

Q: TIFs are the primary economic development tool of the city. In a TIF district, taxes from the growth in property values are set aside for 23 years to be used for public projects and private development. Do you support increasing the annual TIF surplus that the mayor and the City Council have declared in each of the last few years, money that goes to the schools and other city agencies?
Yes or No:No

The TIF program in Chicago is largely a no-strings-attached shadow finance network designed to add wealth to the pockets of already-wealthy developers and owners. It is in desperate need of a thorough audit of its disbursements, as well as a rewriting of its rules to create needed mechanisms that a) ensure that any funds disbursed actually produce economic development that benefits the taxpayers b) allow clawbacks for funds disbursed that do not produce such benefit  c) do not enrich politically connected banks and financial entities by creating giant surpluses for them to sit upon.

1)    Bring the neighborhood's commercial property owners together with respectful prospective businesses on a regular, ongoing and open basis to find ways to capitalize on the 11th Ward's unique and central location.
2)    Continue to partner with the UIC Department of Urban Planning and Policy to
produce sustainable, profitable plans for the revitalization of South Halsted St. and Archer Avenue.
3)    Ensure that special zoning usages in the 11th Ward are granted only with actionable, written conditions of well-defined benefit to the people of the 11th Ward, including sustainable employment, addressing of noise and traffic impact concerns and active, ongoing community involvement.
4)    Establish workshops advising small business on obtaining operating capital using alternative lending networks and under-promoted programs offered at the federal and state levels.

A: I do not advocate for the reduction in the size of the City Council.  I believe that Chicago's people need more, not less representation. Instead, the representation we have needs significant improvement, starting with this February's elections.  I also advocate weaning all surviving rubber-stamp Aldermen away from their dependence on runaway corporate lobbying, a task that would be made harder by a reduction in the number of Aldermen.

Please explain: Gaming revenue is effectively no different from lottery revenue in terms of negative social impact: any popular dependence upon gaming is indicative of dried-up economic opportunity, which is a political problem that needs to be addressed at its cause. That cause is income inequality and persistent over-concentration of wealth away from the working people that create it.

Please explain:  The city's red light camera program as it stands is about revenue, not safety.  It is mismanaged and gamed to the point that it negatively impacts safety, including the recent adjustment of the yellow light times to below three seconds. Recent studies have shown no significant net safety improvement, which should be the central consideration for these cameras to exist. The camera program as it is currently run should be ended.

2) My constituents are also very unhappy with the lack of access they have to their Alderman. For 17 years, the“Machine”appointee in the 11th Ward office has acted as if any request was a bother instead of such requests being his purpose for being in the chair. The voters in this Ward have had enough of that kind of treatment.

3) The blight, empty storefronts and litter along South Halsted are a constant complaint by our voters.   The withering of this neighborhood is a scourge that I have spent the last ten years addressing by volunteering, crafting of plans and repeated programs to create festivals, redevelop our cornerstone theater, clean up the streets and produce economic study of the neighborhood toward creating an attractive and sustainable economy using models such as Andersonville, Beverly, Albany Park and Pilsen. 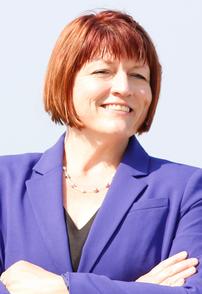