Please Explain:
Yes. The workers (retired and current) did not cause the pension problem; poor decisionmaking did. We must fix the problem and make the system solvent for the future. I am committed to working to develop a revenue solution to solve Chicago’s unfunded pension liability.

A: I would not support a property tax increase on the working and middle-class families of the 31st Ward.
We need new solutions to solve the city’s current budget and pension crisis. This includes looking into TIF reform; the fact that scarce taxpayer dollars are being diverted with the overuse of TIFs means that I cannot in good conscience ask taxpayers to pay more before dealing with this issue. Additionally, I will work with the Assessor to develop ways to go after tax cheats, including those that may be fraudulently claiming vacancy relief on commercial property throughout the city. These tax cheats ultimately end up costing
honest citizens more in taxes, which is an unfair situation.
I am also in support of other revenue ideas, including exploring the idea of a tax on large financial transactions and a Commuter Tax, as long as it does not increase the burden on the working and middle class families of the 31st Ward. I also fully support a shift to a progressive income tax (Fair Tax) at the state level.

A: As I mentioned above, I would explore revenue methods, including TIF reform, financial transaction tax, Commuter Tax, etc.
Also, the city and CPS should initiate legal action to recoup some of the $800 million in losses the city and Chicago Public Schools have incurred through bad interest rate swap deals.

* A statewide expansion of the sales tax base to include more consumer services
Yes or No:Yes*

* A tax on non-Chicago residents who work in the city
Yes or No:Yes*

* A tax on electronic financial transactions on Chicago’s trading exchanges, known as the “LaSalle Street tax”
Yes or No: Yes*

*I support exploring all of these measures in principle. However, before I would support them, I would first want to make sure that these measures do not place an increased burden on the working and middle-class families of the 31st Ward and Chicago as a whole.

We need more front-line public safety workers, especially police and fire personnel. I am supportive of hiring more, in combination with implementing creative revenue solutions to the city’s budget shortfall and pension liabilities, which will free up funds for these hirings.

A: Gun violence is a major problem in Chicago. I support a wide array of common-sense legislation as a deterrent, including increasing the mandatory minimums for repeat gun crime offenders, and felons caught unlawfully possessing firearms.

Yes or No: Depends

I support exploring the idea of an Elected School Board. However, I first want to see how such a board has worked out in other cities and localities before making a decision as to which type to support. I simply want to make sure that we make the right decision before making such a dramatic change.

A: We absolutely need TIF reform. I think it is unconscionable to ask working and middle class taxpayers to pay more in property taxes, when we have tax dollars sitting in funds that are not being used for their intended purposes. If there are major surpluses in certain funds, we should consider reverting the money back to the school district and taxing bodies that are currently starved for funds. We also need more accountability for those that receive TIF funds to make sure they are following through on their promises.

A: Economic development will continue to be a major priority of mine in the 31st Ward. In the last 4 years, I have brought over 2200 new jobs to the ward. I have a proven track record of bringing more businesses to the ward. Whether it’s a new T-Mobile store, Chase Bank, or a new high-tech data center in the former Macy’s warehouse that will bring 1000 new jobs to the community, I have been and will continue to fight for jobs and economic development in the 31st Ward.
Also, I try to get a commitment from all the new employers that move into the 31st Ward and receive assistance of the city, including TIF dollars, to require them to hire a proportion of residents directly from the ward. This is common sense – if we’re giving employers tax incentives to locate in the ward, we should require them to hire local taxpayers for the jobs.

A: I believe that 50 aldermen is the right number. In a representative democracy, everyone should have the chance to meet personally with his or her elected representatives. I have  always strived to be an alderman that is open and available to his constituents. Even with my availability, ward nights every week, etc., time constraints mean that I can’t meet with everyone who wants to meet with me. I am against reducing the number of aldermen, because larger wards would make it even harder for constituents to meet personally and voice concerns with their aldermen.

I support a casino in Chicago. While I am not personally a proponent of gambling, it is clear that the gambling legalization trend is not going to reverse itself. Currently, residents of the city are forced to go to the suburbs or across state lines to reach the  nearest casino. At a time when the city is struggling with a major budget shortfall, the city shouldn’t be losing out on casino revenues, and I support a Chicago casino with proper oversight and quality union jobs.

Yes or No: Depends

Please explain:
Traffic cameras are a controversial issue. I believe they have been put in for the right reasons – improving traffic safety. However, there is a perception that they are simply being used to raise revenue for the city. I would like to gather comments from residents of my ward about the cameras, and if a majority supports removing or changing the program, that is what I will support.

- City Services – I am always available to my constituents and take every service request seriously. I work to make sure that potholes are filled, trees are trimmed, and all of my constituents get the services they deserve. I realize that this requires hiring more frontline workers, and I will advocate for that.

- Education – I am dedicated to improving the quality of education and public schools in my ward. I have secured more than $140 million in education funding for the schools in my district. I will continue to fight for reasonable class sizes, engaging and relevant curriculum and top-notch teachers.

- Public Safety – Keeping the 31st Ward safe is my top priority. I lead an annual antiviolence march and regularly attend neighborhood police roll calls to show a united force against crime. I will continue to advocate for more police officers to keep our neighborhoods safe. 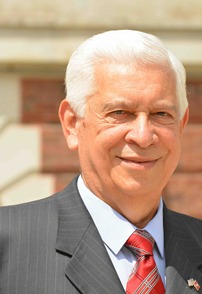