Nicholas Sposato is endorsed by the Sun-Times Editorial Board. Read the endorsement here.

Q: Chicago's fire and police pensions are greatly underfunded, and the city is required by the state to make a $550 million payment into the pension funds by the end of 2015. Do you support restructuring the pension systems, inevitably reducing benefits, to put the funds on sound financial footing?
Yes or No: No
Please Explain: I do not support any solution which involves changing current retiree benefits. While some changes to the pension system are needed going forward, they cannot be made by pulling the rug out from under current retirees. To ensure the solvency of our city pension system we must find new revenue to help the city meet its obligations. We need to implement progressive revenue options like a LaSalle Street Tax or a commuter tax.

A: On December 16, 2014 AFSCME, the Chicago Teachers Union, the Illinois Nurses Associations and Teamsters Local 700 filed a law suit in Cook County Circuit Court challenging the changes that have been proposed to current pension benefits and an injunction has been filed to prevent these unconstitutional changes from going into effect on January 1, 2015. While I believe that pension benefits for current retires cannot be changed we do need to address the real financial issues facing our pension system. It’s no secret that we need to make some changes in our city’s finances if we’re going to be able to fully fund city services and meet our commitments to our public workers and their pensions. However, I am not in favor of raising property taxes at this time. We should start with a fair approach to revenue. We need to implement progressive revenue options like a LaSalle Street Tax, which would place a small tax on financial transactions, or a commuter tax, which would ask those who live in the suburbs but work in the city to contribute a small amount to help pay for the services they benefit from every day. As we continue to look to find revenue options to meet our pension and other long term debt obligations we must be careful to not over burden the working men and women of Chicago with crippling tax increases.

A: I believe that we need to examine all areas to generate revenue before we even consider placing another burden on Chicago homeowners by raising their property taxes. Over the last four years many alternative ideas to generate revenue have been put forward in City Council only to meet resistance. We must examine some of these progressive revenue options like a LaSalle Street Tax or a Commuter Tax to help meet our obligations to the pension system. In addition to these new sources of revenue we must examine and modernize Chicago’s TIF program. Any unallocated tax dollars in the TIF system should be refunded to their taxing body. This would greatly improve the school district’s finances.

Q: In light of the financial issues discussed above, do you support any or all of the following measures, each of which would require, at a minimum, approval by the Illinois Legislature?
* A statewide expansion of the sales tax base to include more consumer services
Yes or No:NO
* A tax on non-Chicago residents who work in the city
Yes or No: YES
* A tax on electronic financial transactions on Chicago’s trading exchanges, known as the “LaSalle Street tax”
Yes or No:YES
Please explain your views, if you wish, on any of these three revenue-generating measures.
It’s no secret that we need to make some changes in our city’s finances if we’re going to be able to fully fund city services and meet our commitments to our public workers and their pensions. Last spring, our legislators in Springfield had the opportunity to pass a progressive, fair income tax that would have benefited the city budget enormously and would have lightened the burden on everyday Chicagoans. I hope to see that proposal move forward in the next General Assembly.
In Chicago we need to implement progressive revenue options like a LaSalle Street Tax or a Commuter Tax. We need to fully examine new sources of revenue to meet our pension and other long term debt obligations before considering raising taxes on working families.

Q: Do you support hiring more police officers to combat crime and gun violence in Chicago?
Yes or No:YES
Please explain:
Chicago needs to hire more police officers to improve public safety in our city. For three years I have called for funding that allows the CPD to rely less on costly overtime and hire and train additional officers. Currently overtime spending has increased to $100 million annually. Investing in hiring 500 new police officers will reduce overtime costs and reduce the burden on our current officers. The addition of new police officers will also allow us to implement a neighborhood policing strategy that will make our communities safer.

A: Gun violence is a serious problem in Chicago that must be addressed within the confines of federal law. After courts struck down Chicago’s handgun ban, I supported new regulations requiring background checks, closing the gun show loopholes, and limiting buyers to one purchase per month.

Q: TIFs are the primary economic development tool of the city. In a TIF district, taxes from the growth in property values are set aside for 23 years to be used for public projects and private development. Do you support increasing the annual TIF surplus that the mayor and the City Council have declared in each of the last few years, money that goes to the schools and other city agencies?
Yes or No: YES

A: Over the years the TIF program has been a valuable tool used to spur economic development in many areas of our city. However many of those old TIF districts are no longer necessary. We must examine all existing TIF districts and eliminate those in areas where they no longer are needed. As part of a plan to modernize Chicago’s TIF program we must create a system of oversight and transparency so the people of Chicago know exactly where their tax dollars are being spent and any surplus of tax dollars in the TIF system should be refunded to their taxing body.

A: Since being elected in 2011 I have worked hard to attract businesses to our community. I constantly reach out to businesses to let them know of available properties for them to move into. I have brought developments into several different areas of our ward including a much needed grocery store and a commercial development on a formerly empty gas station, among others. I believe the changes we have made in our ward by improving our schools and parks has made our community a more attractive location for businesses to open in.

A: I do not believe that reducing the number of wards will have a positive effect on the lives of Chicago residents. Chicago Alderman serve as the voice of the residents not only in City Council but also with the various departments throughout the city. Under the current system many Alderman that I speak to work 70 hours or more each week. As Alderman I have worked to provide the residents of my ward with open and accessible government. Through a series of advisory committees we have built a true partnership to improve our community. If we reduce the number of wards in the city the number of people that each Alderman would represent would greatly increase making it much more difficult for residents to have a say in the direction of their neighborhood.

Q: Do you support, in general concept, establishing a gambling casino in Chicago?
Yes or No: YES
Please explain:

I am open to considering a proposal on a casino in Chicago but as with every proposal the devil is in the details. I will say we need to consider all options to create jobs for the working men and women of Chicago. The additional revenue generated from a casino would help the City of Chicago fund the services that are vital to City residents and to fulfill the City’s obligations to employee pension funds.

Q: Does the city have an acceptable number of red light and speed cameras currently, and are they properly employed?
Yes or No:NO
Please explain:
When the idea of installing speed cameras throughout Chicago was introduced we were told that the goal for these cameras was to make the streets around schools and parks safer for our children. Like everyone else in our city I support any proposal that will truly make our streets safer. I do not support the speed camera program. I voted against it when it was proposed because I feel that it is a back door tax increase that over burdens the Chicago residents that can least afford it.

A: As I talk with voters around our community the three main issues that I hear most often are: How can we improve city services, How can we make our communities safer for the whole city, and How can we improve our schools.
When I was elected as Alderman in 2011, I promised to create a system of open and accessible government for our community. For many years previous Aldermen were inaccessible and seldom seen. Our new system of community government has created a partnership between the community and the Alderman’s office that never existed before. I have taken the concerns I have heard in my community and acted
on them as Alderman. I worked with the community to procure an $18 million dollar annex to help alleviate overcrowding at Canty Elementary, I have proposed hiring 500 additional police officers to make our streets safer and reduce the reliance on overtime spending, and I operate a public service office that is open 6 days a week with a late night on Thursday. As we move forward I hope to continue this partnership to ensure that the Alderman’s office is the voice of the residents and we continue to improve our community 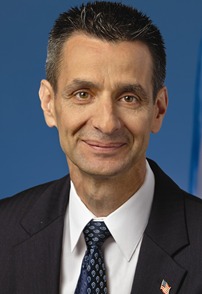