Michael Scott Jr. is endorsed by the Sun-Times Editorial Board. Read the endorsement here.

An increase in contributions is necessary but, I do believe the proposed 26 percent increase will make it difficult for retirees to maintain a modest lifestyle. I would suggest raising contributions to a more affordable level. I would also recommend increasing the age limits as retirees often outlive their originally projected pensions. I would also like to see mandatory outside investments similar to 401(k)s (without city contributions) for new employees. This will afford employees the opportunity to invest their desired amounts while lessening the burden on the city in the future.

A: Raising property taxes would be a last resort. I would want to first attempt to work with Treasurer Summers to discuss his pension reinvestment plan, which I believe will plug a small hole in the pension debt.

A: I would first like to evaluate schools in the areas with declining populations and determine if there are opportunities for schools to merge buildings and /or resources in an attempt to reduce expenses. I would also take a really hard look at CPS’s administration to see if there are any lines on the budget that could be reduced or eliminated. Another recommendation would be to reduce discretionary spending in schools.

No. Instead of implementing the “LaSalle Street tax,” I would recommend broadening the tax base across more business sectors.

Having more officers on the street would be extremely instrumental in crime reduction. I would recommend that these additional officers be recruited directly from the community so that they may have better insight and knowledge of the communities in which they serve. The new officers should also walk their beats to become more familiar with the residents. I would also suggest providing officers with additional training in deescalating situations with reduced levels of force.

A: I would support any legislation that would enforce harsher penalties on illegally sold, bought and carried guns.

A: I would recommend a hybrid school board, some member-elected and others member-appointed with strict special interest guidelines.

Q: TIFs are the primary economic development tool of the city. In a TIF district, taxes from the growth in property values are set aside for 23 years to be used for public projects and private development. Do you support increasing the annual TIF surplus that the mayor and the City Council have declared in each of the last few years, money that goes to the schools and other city agencies?
Yes or No: Yes

A: TIF funding is desperately needed in the community in which I hope to serve.  Schools, Parks, and other city supported infrastructure would benefit from the proper use of TIF funding.  There are often times outside investors are awarded TIF funds without giving enough back to the community in return.  The 24th Ward /North Lawndale community desperately needs companies to invest in its residents.  I would be in favor of allocation of TIF funds if there were funds set aside for local construction companies, jobs for community residents as well as a possible revenue sharing.   I would also support the Marriott/DePaul being housed in the 24th Ward

A: I intend to create a viable chamber of commerce in North Lawndale, which will help grow small businesses and create jobs throughout the city.  I also plan to work in conjunction with the Chicago Park District to produce a program (that I will describe in more detail upon election) that will not only create onsite job opportunities but will also likely spur small businesses in the surrounding area.  I would also work with other elected officials to create business corridors along Ogden Avenue and Roosevelt Road.

A: Chicago is a major city with many needs.  Each ward is different with different sets of constituent needs and wants.  The harsh reality is that many wards lack basic city services and decreasing the number of members in the City Council could be detrimental to the needs of the residents in each of the 50 wards.  However, I would entertain a discussion regarding reducing the number of members if there is a plan to address proper staffing and additional resources in each ward.

I support establishing a gambling casino in Chicago.  The city of Chicago is facing a serious financial crisis and the revenue generated from a Chicago based casino would provide much needed revenue.

Please explain:
The controversy around the red light program derives from it being touted as a public safety measure as opposed to a revenue generating tool. The City is in need of alternate revenue generating sources. I believe the messaging should change to reflect its actual intended purpose.

A: There are three main issues that work together in my plan to improve the 24th Ward, education, economics and reduction in crime. If you are better educated, you have better opportunities and a better economy. 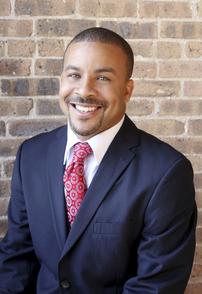