Pension promises should not be decreased and accrued benefits should not be compromised.  We cannot think of pulling the rug out from under retirees who gave decades of public service and planned their golden retirement years around the City fulfilling its contractual obligations.  Moving forward, incoming city employees should be placed into a direct contribution or 401(k)-style system that will provide employees greater control over their retirement finances.

A: Raising property taxes should be a very last resort.  New funding should be derived from collecting and/or increasing fees on city services already being utilized: e.g., universal water meters, bulk garbage, branch removal, and recycling.  Serious consideration to spending cuts and increased efficiency in many programs must be entertained.

A: The State of Illinois has failed to proportionately contribute to the Chicago Teachers Pension Fund (CTPF) while contributing a higher proportion to the state Teachers Retirement System (TRS).   The Illinois legislature should return to its commitment of contributing 20-30% of its contribution to the TRF.

To improve district finances, CPS must streamline operations and organizationally slim down.  The Civic Federation warns of decreasing enrollment, and federal and state funding while the CPS budget increases spending and calls for new programs.  Chief Administrative Office expenditures continue to be disproportionately high.  Blanket free breakfast and lunch programs need to be rethought.  CPS should consider charging or increasing fees for extracurricular programs.  Wastefully privatizing services (e.g., Aramark janitors) must stop.  Facilities whose maintenance cannot be reasonably justified by enrollment, should be sold.  CPS should consider expanding programs in which facilities or other equipment may be rented.

We should seek to increase revenue by attracting people to live and work in Chicago.  Chicago residents already face one of the highest tax burdens in the nation.  Sales tax expansions and commuter tax proposals should be disregarded.

The Chicago Police force is undermanned.  We must hire and train more police officers to keep our citizens safe.  More officers, serving as a deterrent in their respective beats, will combat crime and gun violence.  Issues such as beat integrity and community outreach will strengthen the department.

The broader issues of unemployment and underemployment as well as engaging at risk youth in productive job training and athletic activities should be a priority.  I have been actively involved in community policing efforts for over a decade and have seen the positive effects firsthand of an involved community.

A: In addition to increasing penalties for gun trafficking violations, I would generally support legislation that: (i) incentivizes gun dealers to decline to process sales transactions where they suspect the purchaser is engaging in gun trafficking; (ii) requires that dealers have anti-theft policies; (iii) requires dealers to train employees on how to spot fraudulent purchases; (iv) requires that dealers record point-of-sale transactions; and (v) restricts dealer business license transfers where licensee has violated the law.

The CPS Board should be accountable to the public and thus those positions should be elected.  Input from parents, teachers, administrators and the community at large should be welcomed to help streamline operations, enhance educational excellence and reward quality improvements.

A: TIF surpluses should be returned to their original taxing bodies.  A TIF district’s fundamental purpose is to improve blighted  areas through infrastructure and other business-friendly improvements.  However, more than half of the city’s TIF districts are near downtown and many subsidize profitable corporate headquarters.

TIF districts take needed funds from local schools and parks.  I would not support creating new TIF districts in the 19th Ward.  Existing TIF funds should be used for commercial infrastructure improvements such as parking (e.g., acquiring private parking and converting it to public use), a common complaint among 19th Ward business owners.

Overall the TIF program needs to be more transparent with information readily disclosed and easily accessible. The City Clerk's website itemizing TIF expenditures is a good start, but more needs to be done to improve oversight.

TIF funds should not be used to directly subsidize private development (e.g., McCormick Marriott, DePaul arena), especially in the absence of any revenue sharing model.

A: I would encourage area manufacturers to produce and sell their goods here.  There are a variety of local soap, wine, beer, hat and coffee products which can be manufactured and retailed in the 19th Ward.  Prohibition era liquor restrictions should be eased to allow the service of beer and wine in neighborhood restaurants.  Infrastructure improvements, especially parking, within the Ward will increase business traffic and lead to more local commercial development.  I would oppose sales tax increases and the imposition of further burdensome regulation on small businesses.  These issues are especially important as 19th Ward business owners directly compete with bordering suburban jurisdictions.

A: The City Council's size should reflect the city's population.  As of the last census, the council’s size should have been reduced by four members.  Overrepresentation reduces the Council's efficiency and decision-making abilities.

The inevitable increase in criminal activity associated with a casino will outweigh any residual financial benefit.  Chicago tourism continues to bring in rising, record breaking revenue without a casino.  The tourism industry generated $805 million of tax revenue in 2012 which continues to increase.  The City should maintain focus on attracting more tourists and the tax dollars they spend.

Chicago's red light camera program, the program's contracting, and its implementation has been a fiasco.  It is now clear that the program is really a thinly-veiled revenue source.  The City's relationship with contractor RedFlex is under investigation.

Studies have shown that red light cameras may actually increase the number of accidents (rear end collisions) so they should be used sparingly.

A: Education, safety, and economic development are the three most important issues in the Ward.  The 19th Ward's educational challenges (funding and overcrowding among others) are linked to Chicago's larger CPS budgetary challenges.  The 19th Ward's safety challenge is to retain its CPD coverage in our local beats adjacent to higher crime areas.  Economically, the 19th Ward needs to make itself as attractive as possible to local businesses and improve the region's access to them. 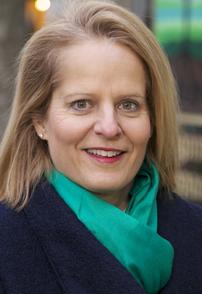