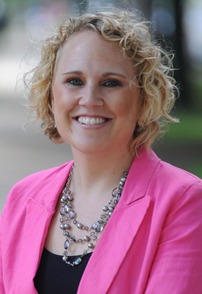 Defaulting on our pension obligations, which would result in Chicago’s credit rating being obliterated and the bankruptcy of a retirement system on which so many hardworking citizens rely, is not an option.  Meeting the terms of the payments and ensuring sustainability into the future, then, require difficult choices and shared sacrifice among the pensioners, contributors, and taxpayers.

Overall, I support the terms of the proposal to arrive at an Actuarially Required Contribution plan that passed the Illinois General Assembly and is now pending with the Illinois Supreme Court.

Should the Supreme Court uphold the lower court’s decision of unconstitutionality, reforms that do not affect already-earned benefits must be implemented, including COLA reforms, adjustments to retirement ages, and changes in employee contributions.  From the employer contribution side, I support the construction of a world-class land-based casino with tax revenues dedicated to funding the four pensions.

If we are at the zero hour and a property tax is subject to a vote, the people of the 38th Ward can be sure that I will be part of the conversation, offering alternatives, making amendments, and securing concessions on behalf of my constituents. At the very least I would seek a cap to set a ceiling on the amount by which a property can be taxed.

Q: Large and growing payments required to keep the Chicago Teachers’ Pension Fund solvent are squeezing CPS' budget, forcing cuts elsewhere, and limiting investment. The Chicago Board of Education has increased property taxes, but it is not enough to keep up with the high annual costs. What measures do you support to ensure a solvent retirement system and to improve the district's finances?

A: Difficult compromises will have to be made on all sides. This fund requires a dedicated revenue stream and I believe the establishment of a world-class casino in Chicago is the most viable option.

The central office must also embrace additional cost cutting measures and continue to identify inefficiencies in the system. We must further reduce the bureaucracy and channel those limited dollars back into the classroom.

We should expand our tax base to reflect Chicago’s gradual shift to a service economy. A tax on select, luxury services is warranted given the fiscal challenges facing our city.

The proposals I have heard to date include a blanket tax on all commuters. A more fair tax would be limited to those who drive to work in the city to offset the costs of wear and tear on our roads and air pollution. I am also concerned that neighboring municipalities would impose their own commuter tax on Chicago residents who work in the suburbs.

A: I support a small electronic financial transaction tax, but realize this is an improbable solution because it is unlikely to pass under the incoming administration.

Please explain:
I support the hiring of additional officers in the City of Chicago because every neighborhood, in every district, should be adequately staffed. The vast majority of residents I speak with indicate that they would like to see a much greater police presence in our neighborhoods and commercial districts.

A: The proliferation of illegal guns in Chicago deserves an appropriate response across all units of government.

I am encouraged that state lawmakers recently established an Illinois Gun Trafficking Task Force and I look forward to evaluating their recommendations. I hope this group can coalesce around a set of tough, yet reasonable measures that will direct our efforts towards the criminals that intentionally disregard the rule of law, while not eroding the rights of responsible gun owners.

Critical to our response is making sure that state and local authorities are continuing to work closely with the federal government on addressing the root causes of violent crime in places like Chicago. Further, cartels, weak gun laws, straw purchases, and background checks are national issues and they deserve an appropriate federal response.

Please explain:
Without knowing additional details about how an elected school board would be made up, what campaign finance restrictions might be in place, and how geographic representation would be ensured, I am not convinced that an elected school board will better resolve our financial challenges or produce better educational outcomes. While most of the 38th Ward constituents with whom I speak agree with this sentiment, I am disappointed that we will not have a referendum to get an even better sense of where constituents stand.

The Board of Education must be reformed, particularly as it relates to handling the district’s finances.  We must have stricter oversight of the board’s budget and establish a much more robust system of public engagement on all matters. I also believe that the board must do a better job of incorporating the perspective of parents and educators in its decision making process.

We should strive to ensure greater accountability in our government and the Board of Education is no exception. I think the City Council should be tasked with approving appointments to the Board so that both the mayor and aldermen would be accountable for the direction of our public schools.

A: The city’s use of tax increment financing requires much closer scrutiny.  The definition of a blighted or economically depressed area must be defined more clearly. Any TIF that has outlived its usefulness should be eliminated and surpluses returned to the taxing bodies.  There should be additional campaign contribution restrictions applied to businesses that receive TIF dollars.
I support responsible TIF districts in the 38th Ward as a tool for ensuring continued economic development. The middle class families of my ward, specifically unionized tradesmen and women, rely on the jobs created through construction made possible by TIF money.

A: I will work with our local chambers of commerce on a retail needs assessment so that we know which businesses and industries would benefit most from doing business in the 38th Ward. I will then actively seek to recruit new businesses and urge them to invest in our attractive business districts. My ward office will also do all that it can to eliminate red tape and assist prospective businesses through the permitting process while informing business owners of incentives and grants available to them.

I’d like to see the 38th Ward serve as a destination for entrepreneurs and businesses graduating from Chicago’s incredible job incubators. The more we can do to help cultivate new and burgeoning industries, the better off our entire city will be.

Finally, in order to grow our commercial corridors, we must continue making investments in our aging infrastructure. That means water and sewer systems, streets, utilities, and transportation systems.  The City Council has a responsibility to establish conditions conducive to economic growth.

A: I am against reducing the number of aldermen in the City Council down from 50 if they will continue to be expected to oversee the delivery of basic city services in addition to their legislative responsibilities. Reducing the number of aldermen will increase the number of constituents each serves and expand geographic boundaries to include even more diverse and distant constituencies - presumably all with the same staff resources.  This will certainly have a negative effect on the delivery of city services while leaving little to no time for legislative responsibilities.

Please explain:
The time has come to establish a world-class land-based casino in the City of Chicago, especially given our difficult financial circumstances. Our long-term debt and unfunded pension obligations require new revenue streams.

Yes or No:
Please explain: Residents throughout the 38th Ward regularly voice their concerns about the degree of reckless driving that exists in and around our residential neighborhoods, particularly near our schools and parks. Both red light cameras and speed cameras have influenced drivers’ behaviors in the Ward.

A: The residents of the 38th Ward consistently point to the disparity between increasing taxes and fees and decreasing city services as their greatest concern. Thus, my highest priority for improving the ward is bringing more tax dollars back to the ward, particularly through investments in neighborhood schools, local commercial district revitalization, infrastructure, police staffing, and working with state and federal officials on mitigating the impact of aircraft noise and emissions resulting from the O’Hare Modernization Plan.

While this is my first campaign for public office, civic engagement has been an important part of my life from a young age. By 24, I founded and served as the Executive Director of This Is ME, Inc., a nonprofit organization dedicated to helping adolescent and teen girls excel. After graduating from DePaul University’s Graduate School of Public Service Management, I was invited back as an adjunct instructor specializing in Human Resource Management for nonprofit and government professionals. I currently serve as the first Chief Operating Officer of the 100 Club of Chicago, a nonprofit organization that provides for the families of fallen law enforcement officers, firefighters, and EMS professionals.

My record of service has been recognized by several institutions including St. Ignatius College Prep’s Ignatian of the Year Award, The Greater Chicago Chapter of the American Society for Public Administration’s Dean F. Eitel Outstanding Student Award, and the American Association of University Women’s “Woman In Charge Award” for being “bold, innovative, and collaborative” in founding This Is ME.