A: I believe that city employees should earn the pensions that they have been promised and that they have earned.  I do not believe that we can ignore the cities underfunded pension liability nor can we expect employees we've assured retirement benefits to solve this issue.   I favor enacting new revenue sufficient to fund the city’s pension.

Q: Chicago's pension systems for municipal workers and laborers already have been restructured, reducing benefits, but the city has yet to identify where it will find the revenue to sufficiently fund those systems. Under what circumstances would you support a property tax increase to raise the needed revenue for the fire and police pensions and/or the municipal workers and laborers pensions?
A: I would be willing to support the generation of revenues through higher taxes and fees to maintain and improve vital public services as long as I was also supporting efforts to find long term cost savings in current spending.

A: I favor enacting new revenue sufficient to fund the school board’s pension.

A: I believe that you are kicking the can down the road if you do not find new ways to raise revenues and actually address spending and real needs in ways that are meant to have a long term effect.  Short term solutions are a bandage but not an answer that will have a long term healing effect.  That is why I would support revenue enhancements that would:
a.    Reform the TIF
b.    Broaden the sales tax
c.    Institute a sales tax on large-scale financial transactions
d.    Tax non-Chicagoans commuting to work in the city

A: I would support legislation to prohibit the transfer or possession of assault weapons, 50 caliber rifles or large capacity ammunition magazines. The solution to stem the flow of illegal guns is to enforce legislation.

A: I support the increase and I support reforming the TIF program to keep the money in the area it was allocated.

I believe the City Council should remain at 50 members. This is an adequate number to fully represent the number of constituents in a given ward (approx. 54,000) and allows an Alderman to comfortable address their issues, walk, talk, ride and inspect the ward.  This also gives constituents a number of voices as opposed to fewer voices on the issues in city council as far as being heard.

A: I would be in support of a gambling casino in Chicago. This would retain revenue, attract business to the city and provide much needed jobs.  I would propose revenue be designated for the Chicago Board of Education to insure that our schools provide quality education for all.

A: I believe we have enough red light and speed cameras.  I also believe just as red lights cameras are at red lights, I believe school and park speed cameras should be at schools and parks not blocks away from the area of proposed safety.

A: My key priorities will be economic development.  Bring new jobs and resources to the 7th Ward and to the City of Chicago is one of my highest priorities.   By enticing employers to the 7th Ward and the south side of Chicago, we will be able to realize new economic opportunities. I am also committed to increasing job training which allows workers to get training so that they can secure new opportunities or so that they can progress within their current jobs.  In addition, I would also concentrate on getting ex-offenders employed and making them productive members of the community.
I also believe that it is important to make sure that neighborhoods are safe.  Consequently, one of my top priorities for the City is to reduce crime and to empower residents to feel like the police are their partners in this endeavor.  I believe that it is important to work with residents to increase awareness and secure their support in fighting crime and increasing safety in their communities.  In my job as a CAPS Community Organizer, I have seen community policing work in positive and major ways that serve as deterrents for crime.
I support efforts to make every community in the city beautiful.  However, I don’t believe that beautification can occur when we are constantly tearing down homes and not doing anything to enhance the condition of the housing stock and housing market.  I would support efforts to encourage restoration of abandoned properties and houses designated for demolition and to increase new efforts to build within a community.  I support the development of affordable housing. In addition, I would support efforts for families to buy homes and will work with distressed homeowners and put them in touch with resources to prevent mortgage foreclosure.
I would be negligent if I did not advocate and support the leaders in the ward whose good works often go unnoticed. By this I mean pastors, teachers, mentors, businesses, community organizations and block club leaders.   I will support the talents and services of those who reside in my ward in their leadership with our youth and seniors.  I believe that the city needs to do everything possible to ensure that seniors have affordable housing and support services to allow them to stay in their homes for as long as possible.  I support tax freezes for senior homes and for investigations of mortgage companies and creditors that target seniors.  Education is a priority and investments in our students and schools are important.  I will support efforts to improve the quality of schools such as efforts to hire new or train existing teachers.  I will also support increases in after-school programming, tutoring and job training programs to keep kids engaged, succeeding and involved in productive activities that will improve their chances of succeeding in life.

Political/civic background:  I have never held nor run for a public office before at this level.  However, I have been elected to two local school councils - one at Harlan High School and one at Ninos Heroes Elementary School. In addition, I started a block club in my community and have been actively leading it for the past 17 years. 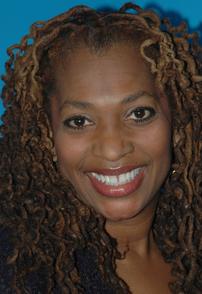