No, the Illinois Constitution is clear, and the courts have found that actions to reduce benefits are unconstitutional. A pension is a promise – our public employees kept their end of the promise by meeting their contribution requirements; retired public employees should not be punished because the legislature failed to act responsibly. I will work to ensure we generate the revenue required to meet our pension liability, while protecting our homeowners from property tax increases. I support the proposed LaSalle Street Tax – a measure to close a corporate tax loophole on major financial transaction. I also support TIF reform – to ensure more property tax dollars go to our city’s taxing bodies; and I support a commuter tax and a fair tax in Illinois. A fair tax will lift the tax burden off of our working families and ensure we are generating sorely needed revenue.

I am opposed to a property tax increase. Instead of reaching deeper in to the pockets of regular Chicagoans, I believe we should create tax fairness, reform our broken TIF system, and close corporate tax loopholes.

As previously stated I would like to generate more state funding for our schools by implementing a fair tax in Illinois. I would also reform our TIF system to ensure more property tax dollars go to CPS, unlike my opponent who voted against turning over TIF surplus dollars to our neighborhood public schools. I would push to close corporate tax loopholes by supporting measures like the LaSalle Street Tax.

No, I am opposed to regressive taxes on regular Chicagoans.

Yes, it is important that everyone who benefits from Chicago’s public services and infrastructure contribute to the city’s bottom-line.

Yes, I believe this is an important step towards closing corporate tax loopholes and generating sorely needed revenue.

In the Chicago status quo the city’s budget is balanced on the backs of hardworking families. Every time the city institutes new regressive taxes or fines our families are asked to dig deeper in to their pockets while well-connected corporations and campaign contributors are rewarded with government largesse. I am running on behalf of my ward’s working families to put our neighborhoods first and provide the quality city services they deserve – that necessitates closing corporate tax loopholes and implementing new revenue generating measures that will ask everyone that benefits from Chicago’s commonwealth contribute to Chicago’s commonwealth. I believe this is an issue of fundamental fairness and decency.

The courts have limited Chicago and Springfield’s ability to stem the flow of illegal guns into Chicago. However, I support sensible regulations of gun sales at gun shows. I also support a gun registry similar to Illinois’ current statute requiring vehicle registration; and a statewide assault weapon ban. That said, we need Indiana to step up and regulate the sale of guns at gun shows.

Yes, as a strong proponent of the democratic process I believe that parents and taxpayers should have a real voice in the governance of their schools. Chicago has the ignominious distinction of being among the 6% of municipalities where parents and taxpayers do not have a real voice and accountability in the governance and administration of public schools.

Yes, I support legislation to ensure that more TIF surplus dollars are directed to our neighborhood public schools.

I believe we should limit the creation of TIF districts to truly blighted areas where development would not occur but for government support. I would eliminate TIF districts in Chicago’s affluent neighborhoods, and support legislation that reforms our campaign finance system and removes any specter of pay-to-play politics in the disbursement of TIF funds. I also support legislation to ensure TIF surplus dollars are more readily turned over to our city’s taxing bodies.

Chicago’s 35th Ward is a vibrant area on the city’s northwest side. The 35th Ward is socioeconomically diverse, and is home to transplants from across the nation and the globe. The ward’s main commercial corridors of Armitage, Fullerton, Diversey, Milwaukee, Belmont, Irving Park, and Lawrence are filled with family-owned small businesses. Addison hosts two big-box stores. As Alderman, I will work to support our ward’s small business owners. My ward service office will host a small business center that will help connect small businesses with the ward’s available commercial spaces and help small business owners cut through government red tape. As much as possible I will privilege the development of locally owned small businesses over big box stores or national retailers. I will explore the potential of a “micro currency” for the 35th Ward – to spur the circulation of local dollars, and will also work to attract a midsized boutique hotel to the 35th Ward’s Logan Square neighborhood.

I support a 25 member City Council. I believe that this will help reign in rising City Council salary expenses, and bring us in line with other major U.S. cities.

No, Chicago must move away from regressive fines that dig deeper in to regular Chicagoans’ pockets. Recent research and media coverage has made me concerned that the red light and speed cameras are not good for public safety, and my constituents support their elimination.

I have knocked thousands of doors in the 35th Ward since August 26th. My ward’s residents most readily complain about an unresponsive ward service office, a lack of city funding for neighborhood needs – like pothole repair and tree removal, and a City Council that continuously puts corporate and special interests before community needs. Ultimately, I am running on behalf of my ward’s working families to put our neighborhoods first and ensure that City Hall is working for working people, not big and powerful corporations or special interests.

Political/civic background: I was elected community representative to the Avondale-Logandale Local School Council, and previously served as a community representative on the Sullivan High School Local School Council. I have served as a high school debate coach, a tutor and mentor to Chicago Public School students, and have volunteered for various campaigns, including Miguel Del Valle for Mayor, Rudy Lozano Jr. for State Representative, Jesus ‘Chuy’ Garcia for Commissioner, Congressman Luis V. Gutierrez, and Ramon Ocasio for Judge. I organized to keep schools open, and I organized to keep families together by stopping deportations. I served two years as Democratic Committeeman for Cunningham Township Precinct 5 in Champaign County, IL, elected to that position in the 2008 primary. I previously worked as a congressional caseworker in the Fourth District of Illinois, and a community organizer with the Illinois Coalition for Immigrant and Refugee Rights.

Education:  B.A. in Political Science, University of Illinois at Urbana-Champaign, May 2011: 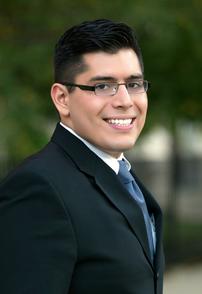