Q: Chicago's fire and police pensions are greatly underfunded, and the city is required by the state to make a $550 million payment into the pension funds by the end of 2015. Do you support restructuring the pension systems, inevitably reducing benefits, to put the funds on sound financial footing?
Yes or No: No
Please Explain:
A: I would like for us to be able to maintain the pension levels for our public servants.
Given the dire situation our city is in, we all need to come to the table and consider all of our options. I do not believe the brunt of the crisis should be put on their shoulders.
Chicago's pension systems for municipal workers and laborers already have been restructured, reducing benefits, but the city has yet to identify where it will find the revenue to sufficiently fund those systems.

Q: Large and growing payments required to keep the Chicago Teachers’ Pension Fund solvent are squeezing CPS' budget, forcing cuts elsewhere and limiting investment. The Chicago Board of Education has increased property taxes, but it is not enough to keep up with the high annual costs. What measures do you support to ensure a solvent retirement system and to improve the district's finances?
A: First of all reform has to be key to the solution. Part of the problem with the pension fund is mismanagement and corruption. I would like more oversight on contracts handed out by CPS. The days of clout contracts to high priced consultants need to end; we can no longer afford the “old ways” of doing business.
For revenue generating ideas I would be a proponent of a small local city income tax; several cities in Michigan, Indiana and New York have a similar local income tax. Taxes are never popular but just a .5 to 1% local city income tax would generate hundreds of millions of dollars a year. If more taxes are needed, I would rather it is shared by many in the workforce shouldering the burden instead of putting it all on property owners or commuters.

Q: In light of the financial issues discussed above, do you support any or all of the following measures, each of which would require, at a minimum, approval by the Illinois Legislature?
* A statewide expansion of the sales tax base to include more consumer services
Yes or No:Yes
* A tax on non-Chicago residents who work in the city
Yes or No:Yes
* A tax on electronic financial transactions on Chicago’s trading exchanges, known as the “LaSalle Street tax”
Yes or No: Yes

Please explain your views, if you wish, on any of these three revenue-generating measures.
A: At this time I think all options need to be on the table and considered like those referenced above. If we have to generate additional tax revenue, I would prefer a small, local income tax to the three options mentioned.

4) Crime
Q: Do you support hiring more police officers to combat crime and gun violence in Chicago?
Yes or No: Yes
Please explain:
Public safety city-wide could be improved with more boots on the ground and stronger police presence to counter crime. I don’t feel an ever-increasing overtime budget of $100 million is sustainable. The new 2nd ward in general is comprised of safe neighborhoods but no neighborhood is immune to acts of crime. In the 2nd ward, we have seen a rise in petty crimes we
need a strong police presence to deter that. We also
need to use creative approaches to crime, with the help of the police. In my experience as the liaison to the 18th police district while at the 2nd Ward office , we partnered to strengthen CAPS programs and increase neighborhood involvement with focus groups to target problem corners and areas in the ward.

Q: What legislation in Springfield would you support to try to stem the flow of illegal guns into Chicago?
A: One of the issues is that there are too many layers of gun enforcement laws at every level which makes it difficult to control the flow of illegal weapons into our city. One piece of legislation I would like to see passed is just simply the Firearms Registration Act, introduced by Rep. Cassidy, tying the weapon to that of its owner with the hope of eliminating straw purchases.

Q: An advisory referendum on switching Chicago to an elected school board, rather than an appointed board, is expected to be on the ballot in more than 30 wards on Feb. 24. Currently, the mayor appoints all seven board members and the Schools CEO. Do you support a change to an elected school board?
Yes or No: Yes
Please explain: I am in full support of an elected school board. There have been plenty of recent reasons in the press lately of bloated CPS contracts and board members the subject of possible “play to pay” allegations benefiting off of contracts to enrich their investments.
We need a board that is voted in by the public and held accountable to not only parents but taxpayers. School principals, LSC members and parents do not feel like they have a voice in any of the decision making going on with our neighborhood schools. I have been working toward an elected school board since 2012 when I personally worked to get it on the ballot as a citywide
referendum when typical shenanigans thrwarted the move. I then
assisted in the citywide organizing effort led by Raise Your Hand and CODE of getting it on precinct by precinct. I petitioned Mayor Emanuel’s precinct where I found the majority of his neighbors were in support of an elected board. Nationwide, there are many variations and I like the idea of a hybrid where the Mayor and Governor are each able to appoint a couple of positions and the majority would be elected.

Q:TIFs are the primary economic development tool of the city. In a TIF district, taxes from the growth in property values are set aside for 23 years to be used for public projects and private development. Do you support increasing the annual TIF surplus that the mayor and the City Council have declared in each of the last few years, money that goes to the schools and other city agencies?
Yes or No: Yes

A: First of all there needs to be a full comprehensive audit of every TIF project and every dollar spent that is overseen by an independent panel. This audit should then be made public. I feel that a TIF audit should be done before we look at any new additional taxes. The TIF surplus that is not attached to any project or specific debt could be used to restore monies needed for our pensions and assist with vital resources needed in our public schools. I also like Cook County Clerk David Orr’s recommendation to “pare down TIFS by removing say 10% of the properties and return them to the taxpayer rolls” which then go back to the city and our public schools. According to Orr, that one move could generate around $38 million dollars annually.

A: Other aldermen have had success requiring large projects to hire from their wards, and I will take the same approach. I plan to have job fairs comprised of employers in the 2nd ward, where local residents will have the opportunity to gain employment. On our
website, we will have a list of vacant properties ready for a new local business. We will do whatever we can to aid them in the process and promote their new business. We will also be happy to hold pop up satellite offices throughout the 2nd ward to highlight businesses. Neighborhood groups and residents will be encouraged to advocate for businesses and services that they believe they need in their communities. My experience in the ward office tells me that bringing the community together makes us stronger.

Q:The City Council has 50 members, but civic groups and other regularly argue for reducing the size of the Council. What should the size of the Council be? Please provide a specific number. And why?
A: Yes. I like the idea of a more compact and working council of 25 Alderman. We are one of the largest councils in the nation. A small council may allow for greater debate and lead to greater results in policies enacted. I don’t think the cost savings is huge but if we are looking to cut waste then all should be on the table included City Council. Now with smaller ward populations and more services on the grid a smaller council may make sense.

Q:Do you support, in general concept, establishing a gambling casino in Chicago?
Yes or No: No.
Please explain:
I oppose Casino gambling in the city of Chicago. From the research I’ve done, and in comparison of casinos that border us, it doesn’t seem to be the windfall it is made out to be. There are other more stable ways to raise revenue and create local jobs than through a casino, like developing light green manufacturing. Casinos prey on low income people through the elusive promise of a jackpot. Additionally, local area casinos such as in Joliet are losing money as of late.

Q:Does the city have an acceptable number of red light and speed cameras currently, and are they properly employed?
Yes or No : No
Please explain:
We have too many red light cameras and they are not properly employed. These traffic and red light cameras are a money making scheme rolled out in the guise of pedestrian safety. This latest instance where it was uncovered that 77,000 tickets were wrongly issued due to shortening the timing of the yellow lights just reaffirms my position of these cameras they are exploitative. The monies should have been returned in order to restore our residents’ faith in this technology and our government.

Q:What are the top three issues in your ward — the ones you talk about most on the campaign trail?
A: My top priorities include maintaining and running an accessible, transparent, efficient and communicative ward office, a community focused approach to economic development preventing more haphazard projects from going up without approval, and being the ward’s independent voice in council.

Political/civic background: In September 2014, I resigned from the 2nd Ward service office to launch my campaign for Alderman. Prior to my role as 2nd Ward Director of Community Outreach & Constituent Services, I devoted 7 years professionally towards grassroots efforts to maintain the historic character of Chicago’s neighborhoods working for Preservation Chicago. In addition to my hands-on experience in Chicago’s 2nd ward, I served as 32nd Ward Alderman Scott Waguespack’s political coordinator and fundraiser, and have volunteered for several campaigns favoring progressive leaders who strive toward a more transparent and accountable form of government. 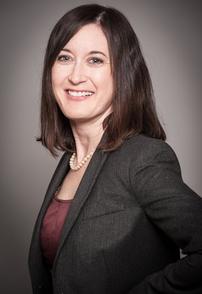