Please Explain:
I believe it is wrong to penalize the very people that are the victims to the the collective mismanagement and abuse this city has experienced. We as a city made a choice to avoid properly funding these pensions. We as a city made these brave men and woman a promise to support them after their working days are over, and we as a city should reassure them that we will not break our promises. This is a problem that we must tackle with the intention of finding the absolute best solutions that benefit the city and our city workers.

A: I understand that tough decisions need to be made. I will not rule out such an increase, but will reserve that as a last resort. As with any decision I make I would first look to new and alternative solutions such as, different revenue sources, and make sure that these, newly found revenues, are exclusively attached to solving our financial problems.

I think it is time to look towards TIF surplus for filling some of the funding shortages of CPS. I believe that funding in our educational system can realistically be considered an investment in the infrastructure of a blighted area.

* A tax on non-Chicago residents who work in the city
Yes or No:  YES!

A: I am not sure further legislation is the answer. By being illegal, we have already established that the transporters will are not following our laws. This is more of an enforcement issue.

I am excited by the idea of returning to an elected school board, which will bring balance and equality to our public education system. I believe a school board should be representative of the community and population of Chicago. This can be seen in the diversity of elected school boards of Atlanta, Dallas, Milwaukee, San Diego, Minneapolis, and San Francisco.

Q: TIFs are the primary economic development tool of the city. In a TIF district, taxes from the growth in property values are set aside for 23 years to be used for public projects and private development. Do you support increasing the annual TIF surplus that the mayor and the City Council have declared in each of the last few years, money that goes to the schools and other city agencies?
Yes or No: NO

A: I would like to see better oversight on TIFF spending to better apply to blighted areas rather then being used as incentives for developers in already vibrant areas.

A: In the 18th ward the biggest obstacle in the way of attracting new businesses and future employers is our infrastructure rather than location. We are conveniently located steps from Midway airport, a Metra one stop away from union station, freight train exchange, industrial space, public parks with golf courses, forest preserves, malls, and a City of Chicago community college. What we lack are the structures to house the jobs and service business need today. The 18th ward can easily serve as a down town satellite campus that can help alleviate inbound traffic from the south west, since most jobs in today’s industries are not restricted by geographic location.

I Imagine a large firm, bank, or insurance company entrepreneur incubator, or digital research facility housed on the 8th floor of a mid-rise or high-rise located behind Ford City Mall or Daily College.  In efforts to promote economic development I have founded and publish a monthly community newspaper that is distributed to over 13,000 homes and businesses in the 18th ward (www.TheNeighbor60652.com).  This paper features the community at large and highlights its offerings. We also showcase employment opportunities, highlight community heroes, and feature local businesses that are friendly to residents of the 18th ward.

It's clear that the proposal of a Chicago based Casino would be a huge new source of revenue that the city greatly needs. I feel this introduction can be done responsibly and increase tourism.

Yes or No: No and No

Please explain:
The influx of speed cameras has become an insult to the residents of our city. There advent was presented under the fear of public safety, but it is noticeably clear that revenue was the first priority. As a lawyer I believe in the right to face your accuser rather then relying on a machine to articulate individual circumstances. For a true increase in public safety, the cameras should be used as a deterrent rather then punitive. To achieve this the cameras should be reduced in number by removing them from areas and placed in areas to accomplish clear safety goals.

A:    1.    Increased crime that has entered our community
2.    A lack of Jobs and Economic development in our ward
3.    The lack of Accessibility in the Alderman’s office 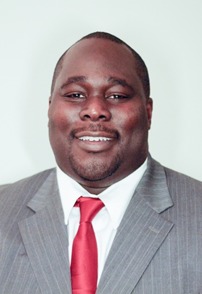 Education: I’ve had the privilege of earning degrees from Illinois flagship public university in both, The University of Illinois' MBA program with concentrations in Finance and The University of Illinois' College of Law. As for professional recognition and licensure, I hold an active license to practice law in the state of Illinois with active bar membership in good standing. In addition to these accomplishments, my technical background consists of a Bachelors of Science Degree in Mechanical Engineering with a minor in Mathematics from The University of Illinois. I feel that all my experience will be helpful in the office of alderman of the 18th ward.