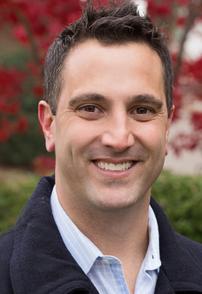 As a second generation Chicago First Responder, I have contributed from every pay check towards what we were told was our fair contribution towards our pensions.  The vast majority of Police and Fire personnel are unable to collect social security benefits.  I think an initial step would be for the administration to lobby Springfield to extend the period of time to make the pension funds whole.  2016 it too short of a period time to collect the funds needed.  It took about 15 years to create this mess and it will take more than a couple years to fix it.  I do not support the restructuring of the pension system.

Q: Chicago's pension systems for municipal workers and laborers have already been restructured, reducing benefits, but the city has yet to identify where it will find the revenue to sufficiently fund those systems.

A: I would suggest that we need another stream of revenue to be earmarked specifically for pensions.

As a proud parent of 3 children who attend Chicago Public Schools I am very pleased with their academic performance.  Lowering classroom sizes and providing funding for resources is of paramount importance for overall academic performance.  Supporting teachers and parental involvement is necessary for success.  Members of the Chicago Board of Education should absolutely be elected and not appointed by the administration.  As a civil servant it is my observation someone entering as an outsider is detrimental to moral and impacts stability as well as performance.  Beyond that an appointed board may not represent the direct interest for the body they represent and rather the administration from which they were appointed.  A longer school day based on performance would be ideal allowing students to attend tutoring for subjects they may be struggling with or excelling at.  With the new testing requirements meeting growth expectations can be difficult for both diverse learners as well as high growth learners.  To keep children on task for college ready status it is important to focus on individual curriculum.  This of course is difficult with large classrooms sizes which should be addressed and new testing requirements almost mandate it as a requirement in order to meet standards.  Charter Schools to this end are not necessary as demonstrated by the success with in the O’Hare Area 1 Schools performance. Elimination of substandard performing Charter Schools should be required with the City’s funding contributions returning to CPS without establishing new Charters.  In order to close the budget gaps we have to go back to the TIFs.  Chicago Public Schools would be the largest recipient of the $1.5B share of the TIF surplus and the $500M annual drain on all city revenues would create a steady stream of income.

We no longer have a manufacturing base and we have become a service based economy. I would support expanding the service tax for nonessential luxury items, looking to expand our tax base with a goal towards to future reduction of the sales tax.

* A tax on non-Chicago residents who work in the city
Yes or No: No
This would only encourage retribution from other municipalities and defeat the purpose.  The implementation would be impractical and it would be impact relationships with neighboring municipalities.  It would encourage nonresidents to spend money outside of our community and defeat the intention of the tax.  It is polarizing effort.

Yes or No: No
We want to encourage businesses and the financial benefits the city gains from these relationships.  Supporting this tax would encourage the departure of those entities to organize operations elsewhere.

Please explain:
Improvement of public safety would include the hiring of more Chicago police officers and allow them the proper training necessary to effectively police the city.  As a former Chicago police officer, I truly understand what these men and woman are going through each day they strap on that vest.  I also understand as a former Chicago police officer that taking officers from a low crime district and moving them to a high crime district, makes the low crime district more vulnerable.  This trend is directly affecting the 41st ward with burglaries and home invasions. The Chicago Police Department is doing an incredible job fighting crime given the limited manpower they have to work with.  The Chicago Police department is one of the strongest and most prideful departments in the entire country; I believe promoting a superintendent of police should be done from within the department.  I grew up knowing I wanted to be a civil servant, it’s a career that runs in my family.  I joined the Chicago Police Department in 2000 and worked the 015 district until I joined the Chicago Fire department in 2005.  Every day I’m looking to improve public safety in my ward. I believe in and practice a neighborhood crime watch as well as speak at the local schools about the importance of fire safety.

Please explain:
As a proud parent of 3 children who attend Chicago Public Schools I am very pleased with their academic performance.  Supporting teachers and parental involvement is necessary for success.  Members of the Chicago Board of Education should absolutely be elected and not appointed by the administration.  As a civil servant it is my observation someone entering as an outsider is detrimental to moral and impacts stability as well as performance.  Beyond that an appointed board may not represent the direct interest for the body they represent and rather the administration from which they were appointed.

Yes or No:  I do not believe this is a yes or no question.

I believe the annual surplus should be released to the appropriate governing agencies along with an audit of all TIF’s and since the 41st Ward is the only ward without a TIF it puts us at a great disadvantage.  Excess TIF funds should be declared and the Funds returned to appropriate governing bodies.  I absolutely do not support the $55M in TIF funds to such corporate giants as the Marriot and a well endowed DePaul University ($359M as of 2012).  TIFs were not created to subsidize these large entities.  Specifically TIF surplus, luxury service tax (nonessential), and one large casino revenue.  This would give consideration for lowering sales tax since we have become a service economy which would lower rates and broaden base.  Also limit the amount eligible for tax appeals on residential property over $600K as well as the first $10M on commercial value.   TIFs have a lack of transparency – it is a stealth slush fund.  The richest TIFs are in or near downtown.  There is approximately $1.5B in surplus controlled by the administration.  It is a boon to private corporation i.e. the $55M Marriot, DePaul project and $17M to expand elite Walter Payton High school.  This is a major drain on revenues for city budget and sister agencies i.e. Chicago Public Schools, Chicago Park District and Cook County approximately $500M in revenue per year (source Chicago Reader).

There are millions of dollars in union jobs available at O’Hare airport which has not been explored by our current alderman where local residents would get preferential hiring.  My office would work directly with unions on employing residents with existing available openings.  I would work with employers by assisting and navigating the city’s byzantine licensing and regulation requirements.   I would also personally interview any perspective zoning change applicants in regards to their policies on hiring local residents and facilitate their communication with the local zoning advisory board.  A relationship with the local Chamber of Commerce is also very important to educate and assist new and existing employers in the community. I would encourage employers to work with them tapping into available resources.  Currently we have approximately 50 plus empty/vacant store fronts within our ward.  Working with property owners and new businesses (or expansion of existing businesses) would be an assigned project within my office to find or initiate lower rent opportunities to get the buildings filled with appropriate occupants and bridge the startup expense gaps for business owners.

I believe the best local government is when it is closest to the voters.  The alderman is the probably the only elected official constituents can regularly interact with.  That being said, I would support a council of 35.

At this time the most stabile stream of revenue would be one large land based casino near downtown (nearest McCormick place) with convenient transportation.  One of Chicago’s largest revenue generators is from tourism and conventions which isn’t going away.  We directly compete for conventions with Orlando and Las Vegas.  Direct tax benefits from the casino are estimated from $450-$750M annually which would be that new revenue stream.  Indirect benefits would be new jobs, conventions, tourism and synergy would be in the billions (source Illinois Watchdog Gambling Casino and Chicago Chamber member).  I would also consider gambling machines at Midway and O’Hare Airports.

An audit should be performed on the red lights to determine which ones are reporting correctly.  Although the general use of red light and speed cameras are a source of much needed revenue for our City, it can’t come at the expense of our residents.

Noise pollution due to increase in flights and changes to flight patterns this ward is hit hard and the recording of O’Hare activity is not adequately represented in data collected and reported by ONCC.
Lack of adequate city services and infrastructure improvements due to the large geographical area of the ward and doesn’t qualify for TIF’s.
Police presence needs to be improved; the increase in property crimes is negatively impacting the quality of life in the 41st ward - additional lobbying for the 16th district needs to be lobbied for as a priority.