A: Currently, I am not in support of any restructuring that reduces benefits for retired or current workers.  I may consider restructuring for new hires.

The pension issue is huge and complicated.  I cannot in good conscience say I would not consider options that would be fair and at the same time help address the liabilities that threaten to burden the city for years to come.   However, I am not convinced we have looked at this issue as creatively as possible.  For example, we give a free pass to the state’s government officials, some of whom draw multiple pensions.   They should be required to live with whatever modifications they propose for first responders.  Their willingness to forgo partial – or even entire – pensions could help make money available for underfunded plans.

Given the severe underfunding of pensions for public servants overall, theoretical advocacy for dedicated revenue streams has faced many obstacles in reality.  We cannot continue relying on measures that place the burden of “reform” on the shoulders of those most negatively impacted by cutbacks and higher taxes.  We need “big picture” thinking about how to do deal with shortfalls in a more comprehensive, long-term manner.  One such approach would be City Hall’s support of the South Suburban Airport, a huge economic engine that could help us get past “nickel & dime” fixes.

Q: Chicago's pension systems for municipal workers and laborers already have been restructured, reducing benefits, but the city has yet to identify where it will find the revenue to sufficiently fund those systems. Under what circumstances would you support a property tax increase to raise the needed revenue for the fire and police pensions and/or the municipal workers and laborers pensions?
A: As mentioned above, I would first want to ensure we had looked at bigger picture ways to fund those systems.  Most of the remedies suggested tend to impact most the municipal workers and taxpayers who can least afford it.  We should also be looking at requiring funds from the financial institutions that have profited from questionable practices and ensuring corporations are current on their taxes.

A: See Q. 1.   The city of Chicago should support construction of the South Suburban Airport.  The FAA says that 10 airports the size of O’Hare are needed by 2020.  If Chicago is to remain the transportation hub of the nation, then we must be able to capture the increase in air travel instead of diverting it to other hubs such as St. Louis, Denver, and Dallas-Ft. Worth.  We have lost hundreds of jobs to Indianapolis and Cincinnati, because there wasn’t room at O’Hare and Midway for companies to expand.  The inaugural phase of the SSA will create 15,000 direct and indirect jobs at every skill level.  Many of these jobs will have a direct economic impact on South Side communities.  When people work, they spend money, which generates more revenue for the city.

We should be looking at such approaches that do not rely on either raising taxes or cutting services, just as the current city administration finds creative ways to fund a host of initiatives that benefit tourists and potential employers. This includes adding a $2 surcharge (per visit) to hotel guests.  The administration is expecting tourism to increase to 55 million over the next year. This alone will bring in $110 million instead of overtaxing working families.

A: Yes.   The City should not run a department reliant upon overtime or getting people from behind desks.  We need an adequate number of police and effective allocation of resources so that no part of the city feels abandoned.

The 17th Ward incorporates areas of the Englewood neighborhood, which has one of the city’s highest crime rates and violent deaths.  “Adequate” coverage there should reasonably mean greater police presence than in an area with lesser or more property-related activity.  “Shifting” resources should be less short-term, with more focus on allocating officers to problem areas they can become familiar with and establish rapport with the community.  It is also important that newly hired officers are more representative of the communities they serve.

A: I would support assault weapons ban, 10-round limit on high-capacity gun magazines, reporting of lost and stolen weapons, and universal background checks.

A: Yes.  An elected school board would be more responsive to the community and less open to patronage.  I would work toward this with my legislative representatives, the Chicago Teachers Union, community organizations and others committed to that goal.   My campaign collected close to 1,000 signatures to get the ESBR on the 17th Ward ballot for the February 24, 2015 election.

A: Before allowing any increases to the TIF surplus, I would want to see reforms, including more transparency and application only to blighted areas as intended. There is much development needed on the South and West Sides of Chicago.  Any surplus should be used to revitalize and put our communities back to work, not for downtown and projects that should be privately funded.

A: As a former development manager, I am familiar with ways to market “distressed” communities to living wage employers, which the city has failed to do.  I would also seek significant expansion of job training programs.  This would include ones that place workers in transitional, subsidized jobs that combine work experience with an array of support services.

As noted earlier, no amount of piece-meal efforts could offer greater long-term potential than the South Suburban Airport, especially for areas the city has virtually ignored when it comes to economic development.  It could play a huge role in training and re-training residents for the thousands of living-wage jobs associated with building, staffing and servicing the airport, in conjunction with local universities and apprentice programs.  Chicago’s last two mayors have unconscionably worked to sabotage the airport.  One of my priorities would be to seek the support of the city council, state legislators, organized labor, community activists, my constituents, and others in garnering the city administration’s active support for the airport.

Additionally, adjoining wards and aldermen must collectively do a Master Development Plan for our entire community and combine all resources to improve our communities.  I will be supporting Hillary Clinton in the upcoming Presidential election. In 2008, she had a detailed urban agenda.  I will be in the mix to ensure she has one that will bring more federal dollars to areas with double digit unemployment and excessive crime.

A: As it stands, each alderman serves about 50,000 residents.  In some wards, people rarely see their aldermen.  In others, there is a lot of day-to-day work dealing with crime, facilitating social services, advocacy for local schools, or educating people about their rights.   Residents in the latter wards would not benefit, if their alderman had to serve 5,000 – 10,000 more people.  The 17th Ward requires a full-time alderman who can give as much time as possible to individual concerns.  I could not recommend reducing the council, unless provisions were made not to increase the size of underserved wards.

A: No.  I oppose land-based casinos in Chicago.  Wages of the jobs created do not outweigh the potential of corruption or negative impact on individuals and families.  Studies show that for each $1 in revenue the city would get, it would pay out $3 for associated administrative and social-service costs.

A: No.  The acceptable number would be “zero.”  I recently pledged, if elected, to work toward eliminating this ineffective system.

A:
·    An aldermanic office accessible, responsive, transparent, and accountable to constituents, with multiple communication platforms to provide residents information about programs and services that benefit them.

·    A self-sufficient economy based on locally owned businesses, with support as needed from appropriate government and private resources that will create jobs for our youth and families.

·    Equal opportunity for all young people to attend a quality public school and have extensive programs and services to keep them positively engaged.

Political/civic background:  I have led or assisted a variety of political campaigns (e.g., mayoral, legislative, aldermanic), with duties that covered coordinating activities of more than 500 volunteers, door-to-door canvassing, get out the vote and registration drives, fundraising, and other outreach activities. I also served as director of field operations and precinct captain for the 17th Ward Democratic Organization, during which time we established several new block clubs, shut three drug houses and provided a range of services to over 33,000 residents in 64 precincts.

Occupation:  Government management, I am an assistant to the commissioner of the Cook County Board of Review.  Previously, I established a successful accounting career in the private sector at several Fortune 500 companies, as well as with Chicago’s Department of Aviation and Housing Authority.         Campaign website:    citizensformoore.com

Education:  I earned at Loyola University an MA in Urban Government, as well as completed the School of Business Administration Executive Education Program.  Through the City of Chicago, I earned a Chicago Intergovernmental Executive Development Program Certificate of Completion from Harold Washington College. From Western Illinois University I received my Bachelor of Business in Accounting and Operations Management. 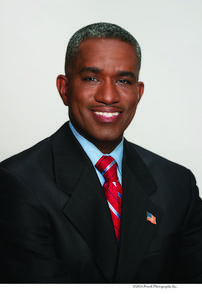