Greg Mitchell is endorsed by the Sun-Times Editorial Board. Read the endorsement here.

State and local pension systems around the country are under pressure due to rising healthcare costs, rising life expectancies, poor investment returns, increased government debt and economic uncertainty and Chicago’s pension system is not exempt from these circumstances.  As all four of Chicago’s pension plans are severely underfunded, restructuring strategies that focus on both near-term savings and long term costs merit close examination.  However, solutions seeking to effectively place state and local pension systems on sound financial footing through restructuring strategies must take into consideration the current legal, fiscal and economic framework and implemented without impacting retirement benefits promised to current retirees and workers or the city’s ability to finance necessary public services.

A: Increasing property taxes should not be the first or the only choice to raise revenue to sufficiently fund the underfunded pensions.  To increase property taxes would unduly burden homeowners.  I encourage the identification of other types of resources and revenues that are legal, sustainable and recurring.

As home values tend to represent a much larger share of net worth for middle and lower-income families than for the wealthy, property taxes are deemed regressive.  So, if faced with having to decide whether to support a property tax increase, the proposal must include suggestions/changes to make the property tax less regressive and target exemptions to the tax that will soften the blow of such an increase to homeowners. For example, Homestead exemptions and Circuit breakers.

A: We cannot secure the city's long-term financial future without solving the pension problem.  With the said, public pension/retirement systems must be reformed to maintain their solvency and to improve the fiscal health of the state and local government.  In addition to politics, pension reform is a matter of math, as such, measures toward a solvent retirement system should start with a review of the calculations and actuarial assumptions used by the state and local pension system's to determine future costs and necessary contributions to adequately fund retirement plans.  With this information and three essential goals in mind: controlling required annual contributions, reducing the overall costs of public pensions, and reducing the fiscal risks to taxpayers, the following adjustments should be considered: increasing employer contributions, increasing employee contributions, adjusting conservatively the expected rate of return on assets, adjusting retirement ages, increase in life expectancy, sensible changes to benefit levels and changes to pension rules to avoid the potential for abuse such as double-dipping.

As the public retirement system uses a defined-benefits plan, I support exploring the benefits of establishing a defined-contribution plan for new hires and existing employees as of a certain date allowing workers to keep what they have earned and direct future contributions to the new plan.

* A tax on non-Chicago residents who work in the city
Yes or No:    Yes

Imposing a tax on electronic financial transactions that clear Chicago’s trading exchanges could force these for profit companies to relocate their respective home offices to states where such a tax doesn’t exist.   Industry regulators require that these exchanges have backup sites (CME Group moved its primary backup data center to New York) that in the event of an occurrence that affects operations, the clearing function can be redirected to these sites and resume/maintain operations.  If a tax is imposed on electronic transactions, these exchanges may consider using their respective backup sites as their main site in effect avoiding the financial transaction tax and taking tax revenue with them.

I absolutely support an increase in police presence on the streets to combat crime and gun violence in Chicago especially since the 7th ward saw 16 homicides in 2013.  Though this is a decrease from the prior year (21 homicides in 2012), this rate still keeps the residents of my ward concerned.  With that said, before going down the road of hiring additional officers a review of the departments organizational structure should be conducted looking for inefficiencies including unnecessary and redundant staff positions.  From this review position can be eliminated and/or combined and staff/officers reassigned accordingly and deployed strategically.

Growing up in the 7th ward, I remember beat police officers being fixtures in the community.  They knew the neighborhood and the neighborhood knew them.  Issues were readily identified and addressed.  The community as a whole was safe and protected.  I am an advocate for the presence of beat police.  A consistent presence in the neighborhoods would transform into mutual trust and respect for the police officers as well as the police department and its system.  Residents will feel more comfortable with the officers, in effect opening up the lines of communication and engagement, thus improving public safety.

As this is the digital age, the city can benefit from the use of technology to combat crime and gun violence including broadband technology to create a virtual environment where law enforcement staff and citizens engage, collaborate and exchange information in real-time.  Technology investment and solutions to consider include: the development of software applications, mobile Wi-Fi video surveillances systems, the use of Wi-Fi technology in police cars and the use of Smartphone technology.

I am also an advocate of providing summer jobs to high risk youths which have proven to reduce crime (University of Chicago Crime Lab).

A: I would support legislation that seeks to promote transparency and improve the process of obtaining, maintaining, tracking recovering and holding gun dealers and owners accountable and responsible by imposing fines and other penalties.

To meet our long-term objectives for our students, there needs to be a process where the school board has elected representation.  This will allow for transparency, proper auditing and accountability against objectives and strategies and a well-rounded decision making process.

Q: TIFs are the primary economic development tool of the city. In a TIF district, taxes from the growth in property values are set aside for 23 years to be used for public projects and private development. Do you support increasing the annual TIF surplus that the mayor and the City Council have declared in each of the last few years, money that goes to the schools and other city agencies?
Yes or No:    Yes

A: I would propose reforms that seek to ensure the TIF program and funds are utilized as intended and would in effect provide full transparency, oversight and accountability for the receipts and spending of TIF funds.

A: Efforts to boost economic development and bring jobs to the community include collaboration with stakeholders to identifying and soliciting the types of businesses needed and wanted in the ward and work to bring the businesses into the ward by entering into mutually beneficial public/private partnerships.

A: I don’t believe that reducing the number Aldermen would be beneficial for the citizens of Chicago. The alderman is the steward and representative of their respective ward, community and constituents. All wards have their challenges, and these challenges are not easily addressed. I think increasing the number of constituents and neighborhoods the Alderman is responsible for will prove to be ineffective and counterproductive which will hinder progress in the wards and throughout the city.

Yes or No:    Yes, in general concept

Please explain:
As a casino could have both positive and negative effects on the city, the decision to establish a casino in Chicago would have to be carefully reviewed focusing on the net effect it could have on the city’s economy also taking into consideration the social ramifications inherent in the gambling industry.

Yes or No:    No, the acceptable amount would be none.

Please explain:
The installation of the red light camera program has been a controversial issue.  Though I agree in the objective of reducing accidents in high-traffic pedestrian zones, I believe the tactic of the red-light traffic camera program has proven to be unreliable and yields false results and is a misuse of resources.  In fact, as reported by Fox news in August, Judge Sussman “has been throwing out 70% of red light camera cases.”  As the program stands currently, I do not support the red light program.

A: I’ve lived in the 7th ward for over 40 years and from personal observations and experiences, along with discussions with neighbors, business owners and community leaders, the following have emerged as the most pressing issues impacting the quality of life of the residents in the 7th ward.  As such, I have prioritized my blueprint to Building a Better 7th ward accordingly:

1.    Be accessible and responsive to your needs: Emphasis on timely repairs and improvements of damaged streets, sidewalks, faulty lighting, and improvements to faulty/inadequate storm drainage systems and addressing service gaps that interfere with residents’ access to city services.

2.    Protect the interests of the 7th ward: Blighted, vacant and abandon property in the neighborhoods which has attracted vandalism, arson and other crimes.

Support efforts in improving opportunities for our children: Lack of activities, programs and facilities for youths and seniors including organized sports programs, after school programs, mentoring programs, tutoring programs, arts and crafts, skills training for job seekers and community centers. 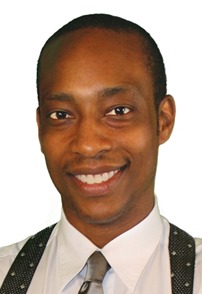