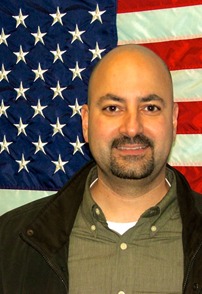 1) City Pensions:
The magnitude of the city pension crisis is massive. It impacts everyone and everything from the interest on our debt, to the tax load on taxpayers and city services. There is no quick fix and there is no one solution to this financial problem.
● City must stop borrowing against pension payments.
● Debt should be re-amortized.
● City will have to increase its payments (has to be changed in Springfield).
● Must have much more conservative realistic actuarial assumptions.
● The City must reexamine how and where pension funds are invested, no more “Russian Roulette” with these funds.There are many financial decisions being made by the City that are addressing only short term needs. I don’t believe the taxpayers are tolerant of increases in taxes, especially property taxes. We have a very serious unfunded tax liability that is causing a drag on everything from city services to our debt rating. I believe that we need to take a very close look at how we are spending our money before we raise taxes or cut services. I also believe there is a need to conduct a “forensic audit” for every city department and we also need to take a look at how and where we are investing our money and if possible refinancing our long term debt.
I do not believe that a property tax increase is something that homeowners can tolerate, it may also have a negative impact on our housing economy and I do not believe that it is sufficient to fill the void.

Do I support hiring more police officers to combat crime and gun violence in Chicago? Yes, While homicides are down, shootings and other forms of violence are up and people in my ward do not feel safe. The current Alderman sits on the Public Safety Committee which and we have seen our police force shrink. We used to have a Beat Officer on each of our commercial districts, they are gone and our business owners are losing business because people do not feel safe especially later in the day or evening. We are not able to maintain Beat integrity keeping our police units in their beats because we have a severe shortage. We are spending $100 million dollars in overtime, $25 million over budget, and our personnel is stressed and stretched.

We must find the resources such as using the overtime budget and even if need be redistribute some of the TIF funds to hire the 2,000 additional officers that we need or 80 per district and 26 officers per shift. I am also proposing implementing Community Radio Patrols trained by the Police Department to be an extra set of “eyes and ears” in the community. Legislation that I would support in Springfield to stem the flow of illegal guns: Fines, penalties and even the closing of those businesses that are selling those guns illegally.

Do I support the a change to an elected school board? Yes
It is apparent the boards with Mayoral appointees are beholden to the Mayor and his agenda. It has become apparent recently that some of them have very serious conflicts of interest. I believe in the democratic process and I believe that an elected school board would provide a diversity of ideas and talents that would have a positive impact on our city’s educational system.

We need to have transparency and accountability in spending and reporting of TIF funds. This is another issue that most voters are unaware of. There has to be some standard of when and how TIF dollars are utilized. Originally intended to be utilized in “blighted” areas we have seen these funds used as politicians own personal piggy banks. There are no standards and Alderman have access to these funds to do what they wish dependent upon their relationship with the Mayor. In the 10th Ward we have allocated $99 million + of for the USX Lakeside Redevelopment. I would like to see 10th Ward TIF dollars utilized to help remediate some of the most contaminated land in the 10th Ward, the old LTV Steel property on Avenue O for economic redevelopment and job creation.
● I believe that the City Council should report quarterly on the TIF funds and how they are being utilized in each ward.
● I believe that every Alderman has a duty and responsibility to report annually to his/her constituents on the various TIF districts in their wards and how those funds are allocated.

● Utilize TIF dollars and work with our Congressman to earmark Brownfield credits to
help remediate large tracts of contaminated land such as the Acme Steel facility and the LTV Steel property.
● Currently working with other community groups to help implement and Green Economic
Corridor design & a pilot project for Offshore Wind Farm in Lake Calumet.
● Go and meet with manufacturers and suppliers of Green Industry products, turbines, solar panels etc.
● We are going to have to provide tax incentives either property or other but, this must be done with some accountability. We must vet business entities that come to do business in the 10th Ward.
● For our smaller businesses on our commercial districts I will encourage a “Free Trade Zone” which calls for the reduction or elimination of the city sales tax for our small businesses in order to effectively compete with businesses right across the Indiana border.
● Issue a national Request for Design on large scale projects such as the aforementioned Acme and LTV Steel properties.
● Ensure that the Community’s “Environmental Justice Principles” are adopted for all
future development.
● Ensure that Community Benefit Agreements are negotiated on the front end on such projects.
● Lakeside Redevelopment: In order to spur the redevelopment I continue to advocate for bringing a Private University/Hospital campus to be the economic “anchor” of that development.
● I am also advocating for the creation of an International Steel Workers Museum which would properly honor the legacy of our Steel Working families as well as be a vehicle to bring tourism to Chicago’s Southeast side.
● Create a paradigm shift which goes from a less than mentality to a greater than mentality as far as economic development in the ward. No more Petcoke, Pawn Shops, Gold shops, “Chop Shops” (Adelmans Trucking) and BP related industries which produce a negative
Return on Investments (ROI).
8). Size of the Chicago City Council:
● As a former Legislative Aide in the Chicago City Council, I do not believe reducing the size of the Council would be effective. Overseeing a ward with 50,000 people which technically would be considered a city, is a huge task. The budgets for Aldermanic staff are already small not counting those Alderman who are Committee chairs. In my ward there are 7 different neighborhoods that make up the 50,000 people with many different eeds. Reducing the seats would stretch responsiveness to these needs albeit much of this is dependent on how an Alderman manages his/her office and staff.

● I remain consistent in opposing Casino and Video Gambling in the City of Chicago.
● In my research I have yet to find a city which has Casino gambling that is doing well
economically including Las Vegas, Nevada.

● Many good families have left the 10th Ward to NW Indiana and the South Suburbs. I
have asked the questions “Why?” The primary reason is that parents do not believe there is a hope and a future for their children and grandchildren:
● Public Safety: Less police, more crime, increased gang and drug activity. Police units
from Beats 432 and 433 constantly being pulled to the north end of the 4th District
leaving the largest neighborhoods the East Side and Hegewisch without any coverage and the “bad guys” know this.
● Education: While some of our elementary schools are thriving such as George
Washington and Grissom are flourishing many others are not. We have no magnet or
select enrollment schools in our ward and parents want to see an increase in educational opportunities for their children.
● Economic Development: Very little industry and job creation. Residents having to find work in Indiana or travel 2 hours each way somewhere else for gainful employment.
● Health/Environment: The 10th Ward has some of the highest rates of asthma, heart
disease and cancer across the City. On the East Side, almost every neighborhood school gets a visit from the County’s Asthma Mobile. These are the reasons that we have worked with IEPA and the Illinois Attorney General’s office to fight against the Leucadia Coal Gasification Plant, KCBX and Petcoke and have call for an increase in air monitors in our community. We must do a better job of protecting and defending the most vulnerable in our community, our children and Senior Citizens.
● Current Aldermanic Administration: Many people that I have spoken with are frustrated and upset with the lack of respect and communication that the current Alderman has with constituents in the ward. Over the last 15 years there have been several accusations of threats and intimidation either by himself or a particular staff member. In addition, they feel that he has been totally unresponsive to the issues in the community over the last several years. Government should help the people, not harm the people.