The city absolutely should not go back on its promised agreements with police officers and firefighters or any other city employee that has been promised a pension. These individuals entered into an agreement with the city and that agreement is constitutionally protected by the Illinois State Constitution. The city must do everything in its power exploring appropriate spending cuts and revenue increases that do not negatively impact the residents of the city and those who’s pensions should have been funded properly to begin with. It is not the fault of the pensioners that city and state officials have been so irresponsible and haven’t funded the pension system. Going forward we need to adjust new employee pensions, with everyone having a seat at the table, while still making them worthwhile enough to encourage the best people to apply for the job.

A: We need to reform the TIF system in the city and eliminate wasteful spending throughout the city budget, including repetitive and wasteful management positions. We need to have a comprehensive plan to address empty storefronts and bring small businesses back to the communities, thus increasing tax revenue, as opposed to tax incentives for major corporations who bring little job creation. Only when all acceptable options have been expended should we look at increasing the property tax and only to raise the revenue for the fire and police pensions.

I would support a tax on certain services that are not essential services that people need in their everyday lives. These taxes need to be fair and reasonable so that they don’t negatively impact the businesses.

While I’m not supportive of taxing people who work in the city I am supportive of a form of revenue generation based on non-residents using city assets.

I support the hiring of more police officers as well as increased training to combat crime and gun violence. We can’t continue to take police from areas of low crime and move them elsewhere. We continue to see response times rise in our district with many unmanned cars due to redeployment. I think the Police department has done an excellent job with all the man power issues. The city is spending over $100 million on police overtime each year, hiring more officers will alleviate some of this cost.

A: I would support laws requiring that gun owners report the theft, loss or sale of a firearm, universal background checks, and mandatory sentencing for illegal gun possession. I would work with the Superintendent to make sure that the city has the resources to fight the illegal flow of guns. I would also encourage cooperation between the city, ATF, and FBI and work with them to get the legislature to appropriate funds or resources to help stop the flow of illegal guns.

Q: TIFs are the primary economic development tool of the city. In a TIF district, taxes from the growth in property values are set aside for 23 years to be used for public projects and private development. Do you support increasing the annual TIF surplus that the mayor and the City Council have declared in each of the last few years, money that goes to the schools and other city agencies?
Yes or No: Yes

A: TIF funds should expire when the project or redevelopment is accomplished and if any bonds were taken out, repaid. 23 years is a long time to leave the tax level at the rate it was when it was created, I believe in the long term it hurts the city as it has siphoned off much needed revenue and we cannot continue to put the burden on working families and homeowners. The TIF funds need to receive a forensic audit to determine how much is in each TIF district, where the money is going and whether or not what the TIF district is meant for is being abused. Excess TIF funds should be diverted back to community schools or toward paying our unfunded pension liability and city debt.

A: As a current business owner I understand the process for opening up a business in the city of Chicago. I would use this experience to help walk new/potential business owners through the ins and outs. I would work with the local Chambers of Commerce to identify businesses that would be beneficial to the community and actively recruit them to establish themselves in the 41st Ward. I would also help businesses with any city incentives to help start their business such as the micro loan program.

A: I believe the City Council should be reduced to 30 members. This would enable the city to save nearly $7 million while having each alderman represent approximately 93,000 residents; an increase of 38,000 residents more than under the current system. Not only would reducing the size of the council help save the city money but it could also help resolve situations where a neighborhood is split among multiple wards. Such a change to 30 aldermen would put Chicago in line with other cities across the nation.

Please explain:
I’m open to exploring casino gambling in the City of Chicago. I’m of course interested in more union jobs and the potential revenue that would be gained from such a venture, however, I would want to make sure the gambling would be heavily regulated and monitored. I would want to establish what any revenue gained from such a casino would be used for prior to approval.

Please explain:
I think we have too many and in light of recent news reports they have raised more questions about safety and their effectiveness. Any speed and red light camera program that is run should be completely transparent and all cameras need to operate under uniformed standards.

A: Airport Noise, Pensions and Ward Services are issues that are brought up the most by residents of the 41st ward.

Political/civic background:I have been an elected school board official three times at St. Francis Xavier and am currently the Finance Committee Chairman at Resurrection Church in Avondale. I am active in East Lakeview Neighbors and Sheridan Triangle Gardens near my business and I volunteer at Stock School in the 41st Ward. 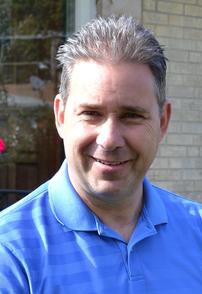