Video
Print
Chicago's fire and police pensions are greatly underfunded, and the city is required by the state to make a $550 million payment into the pension funds by the end of 2015. Do you support restructuring the pension systems, inevitably reducing benefits, to put the funds on sound financial footing?

Yes or No: Yes, I do support restructuring the pension system but not reducing benefits. We will be judged by how we treat our children and our seniors, in this case, our seniors should not have to pay.

Please Explain: Having served us, decades of solid service, we should provide those retirees with a solid pension. I believe that we need to look at those on 'Wall Street'-- LaSalle Street tax—as well as those that invest in this city (make their living off this city)  but don't live here. We must take a more innovative approach, thinking and working outside the box.

A:  do not believe that at this time, without considering options that are innovative and out of the box can I support any more property tax hikes.
2) Chicago Public Schools pensions

Q: Large and growing payments required to keep the Chicago Teachers’ Pension Fund solvent are squeezing CPS' budget, forcing cuts elsewhere and limiting investment. The Chicago Board of Education has increased property taxes, but it is not enough to keep up with the high annual costs. What measures do you support to ensure a solvent retirement system and to improve the district's finances?
In order to get the Chicago Teachers' Pension Fund solvent we need to take a look at the original plans for the State lottery revenue along with the gambling laws that are in place, today.

No, I don't support a statewide expansion of the sales tax base to include more consumer services. I will support an increase on the prepared food tax. I believe that if we are to make any increases, it is in this area that we should do this.

No, I do not believe that a tax on non-chicago residents would be a sensible tax.

Yes or No: The LaSalle Street Tax is the best option to raise revenue for proper pension funding—all the city pension funds.  This is a new revenue option that could address pension and health care contributions.

Yes or No: Yes, I support hiring more police officers to combat crime and gun violence in Chicago. However, this should be done in a more detailed manner starting with a top-down approach by administer the promotional exam more often; possibly change some criteria (qualifications) so more officers could take the exam; and supporting increased funding to hire more lieutenants. Hiring more officers is the focus but the first step in combating crime should be in fully utilizing the officers we, now, have. Instead of shifting officers, I would propose an option to rotate officers between high and low crime areas.  This could make police coverage proactive, instead of being reactive to crime rates.  This option might equalize coverage in more areas.

A: At this time, the carrying of concealed firearms, that law that permit conceal carry of a firearm, there is a 'tool' that is intended to help law enforcement  by giving the police the right to object to individuals whose backgrounds suggest they should not have a concealed-carry permit even if they meet the legal requirements. The biggest problem, here is that the police can not access the FBI's LEADS, an electronic database that lists past arrests, partly because the FBI does not recognize concealed-carry permits as a criminal justice purpose. This create or stand to create a dilemma that can result in the loss of life when a handgun is in the wrong hand.
I believe that the way to curb the flow of Illegal guns is to create “no gun zones” throughout the city. Just as we have “dry zones”, when it come to alcoho, we have to acknowledge the current laws, the 'right to bear arms' but if we consider the zoning—it's only a step below a nuclear free zone and it would be limited to various areas.

Yes or No: Yes, I support a change to an elected school board.

Please explain: The cost of running elections and the inability to act quickly when state money becomes available versus accountability is what we are deciding on. I, strongly believe in electing the school board. These members should be held accountable for their work. In all of Chicagos' public school history, these members have never had to answer for their actions and, today, our school system is in trouble. Therefore, let us change it and maybe we will, finally, see some positive change.

Q: TIFs are the primary economic development tool of the city. In a TIF district, taxes from the growth in property values are set aside for 23 years to be used for public projects and private development. Do you support increasing the annual TIF surplus that the mayor and the City Council have declared in each of the last few years, money that goes to the schools and other city agencies?
Yes or No: No, I do not, at this time.

A: I don't believe the TIF money known as chicago's tax increment financing has been spent wisely and I doubt if there has been sincere representation from the residents of the 24th ward. Our alderman, for the past four years, has been MIA or missing in action. My first step, in this area, will be to evaluate the TIF program, as it relate to the 24th ward. It has not been spent wisely for affordable housing in the 24th ward. We have, approx.10,000+ vacant lots in the ward.I feel the mayor should have less control over spending of TIF monies and a referendum should be attached to the ballot to allow residents(voters)to vote on how TIF money and ordinance's should be proposed.

Education: Graduated from George Westinghouse Vocational School,went on to Jackson State University,Mississippi and received a bachelor of science in biology,with a minor in chemistry. 9 credit hours from obtaining her Masters in Administration. . National Certified Recovery Specialist. (NCRS) 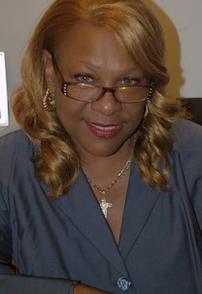