Political/civic background:  Former community member of the Roosevelt HS Local School Council, served on the Lake View LGBT/Police Advisory Panel, Former Board Member of TPAN. Founding Member of the Part-time Faculty Assoc at Columbia College, an IEA/NEA local, where I served in many different roles over the years, the most relevant as Chief Negotiator for our union contracts.

We must adhere to the Illinois Constitution, while we find ways to make the Pension System fiscally stable. We face hard choices. I am willing to make them, preferring good government over getting re-elected.

A: I think there are a great number of unspoken ways to raise revenue. As a property owner (my home) I cringe when the bill comes as do most people. On the other hand, protection (fire and police), education (Public Schools) and various social and health services are necessary for the well being of any city.
What is necessary here is to use a fine-toothed comb to eliminate waste and creative, out-of the-box ideas to find more revenue such as from a stock transaction tax or a graduated income tax. Let’s see how other comparable cities are handling this huge problem.

A: The same as listed above. Additionally we must look at restructuring the TIF program, returning unspent TIF revenue and prioritizing expenditures so our students get the quality education they need.

As an educator I am painfully aware of the failure of modern society to properly and fully educate our children as productive citizens in our city’s future.

Yes or No:   Yes, though I think it need be minimal, but enough to cover on a per capita basis, the city services that commuters use and need (police, fire, transportation, etc)

We must correct the regressive nature of today’s tax policies.

Please explain:  It is more than just “numbers.” The police department is horribly understaffed. Overtime might make for larger paychecks at “lower” cost but it is also a morale, health and quality question.

I think, too, that we must have citizen oversight of the police department, utilize more policemen on the streets and out of cars, and stop moving policemen around the city. Doing so causes low crime areas (which lose cops) to experience increased crime. Robbing Peter to pay Paul doesn’t solve problems any better than kicking the can down the street does.

Q:What legislation in Springfield would you support to try to stem the flow of illegal guns into Chicago?

A: Whatever is constitutional. What are other cities doing? Yes it is a gun problem, but it is also an unemployment, gang, and drug war problem.

We must return control of Public Schools to voting citizens, not millionaires who rubber stamp the Mayor’s one  percent, corporate-enriching money schemes.

Q: TIFs are the primary economic development tool of the city. In a TIF district, taxes from the growth in property values are set aside for 23 years to be used for public projects and private development. Do you support increasing the annual TIF surplus that the mayor and the City Council have declared in each of the last few years, money that goes to the schools and other city agencies?
Yes or No:   Yes

A: The whole program needs serious reform, including returning unspent fund to the taxing bodies from which it was taken, writing stricter definitions about “blight” and overseeing that it is spent on blighted areas, not the high rent districts of the Loop. I am also opposed to moving TIF money from one TIF area to the other so that eventually it all ends up somewhere else.
Sunset TIF projects when their goals are met, not on some strict 23 year schedule. Ask BGA what to do.

A: Hire a dedicated staffer to work at making Ward 39 more business friendly and encouraging Neighborhood Associations to have a significant role in planning and implementing neighborhood development

A: A smaller Council sounds like a good idea but it only centralizes power in hands of the fewer.  We must find ways to make City Hall more responsive to the will of the voters, not of moneyed interests.  Move committee meetings into the neighborhoods. Hold them at times more convenient for voters. Find constitutional ways to penalize Aldermen who fail to perform their committee duties. Change the rules so meetings are more parliamentarian and less cloud-filled and obstructive.

We are losing lots of tax income to Indiana and Wisconsin. A casino would make us an even friendlier convention destination.

On a similar note let’s join with other cities to legalize, sell, ensure good quality and tax marijuana.

Please explain:
Read the reports in The Sun-Times. There two many. They cause more accidents than they stop. They are ill-installed. They are not there for safety, they are there for dollars, simply because sitting Alderman do what is best for their own re-election, not the health and well being of citizens.

Send the cameras back where they came from and prosecute the bribe takers and payers.

A: O’Hare Noise, NEIU eminent domain and the shrinking of Chicago's working class. 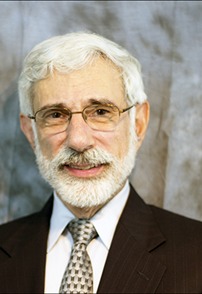