Q:  Chicago's fire and police pensions are greatly underfunded, and the city is required by the state to make a $550 million payment into the pension funds by the end of 2015. Do you support restructuring the pension systems, inevitably reducing benefits, to put the funds on sound financial footing?

I support continued efforts to reform the pension system to ensure its long term sustainability. Representatives of unions and public employee groups must be involved in negotiations to ensure fairness, and any agreement reached must be constitutional. I do not support breaking a promise made to current public employees and annuitants who honored their side of the contract by working at their jobs and paying their required contribution into the system.

Q:  Chicago's pension systems for municipal workers and laborers already have been restructured, reducing benefits, but the city has yet to identify where it will find the revenue to sufficiently fund those systems. Under what circumstances would you support a property tax increase to raise the needed revenue for the fire and police pensions and/or the municipal workers and laborers pensions?
A: Raising property taxes to fund the public pensions is akin to asking hard-working Chicago families, students, or individuals living on fixed incomes, to loan the city money that they will be returned after retirement with zero interest. I will not support a property tax increase.

Q:Large and growing payments required to keep the Chicago Teachers’ Pension Fund solvent are squeezing CPS' budget, forcing cuts elsewhere and limiting investment. The Chicago Board of Education has increased property taxes, but it is not enough to keep up with the high annual costs. What measures do you support to ensure a solvent retirement system and to improve the district's finances?

A: I would suggest looking into ways to reduce district-wide administrative costs and reduce job redundancies through streamlining roles in the central office. It would be prudent to examine each school within the district and determine how money is being spent or wasted in delivering education to students.

Q: Please explain your views, if you wish, on any of these three revenue-generating measures.

Q:  Do you support hiring more police officers to combat crime and gun violence in Chicago?

Please explain: I support an elected school board, with a hybrid modification to ensure continued mayoral accountability. Chicago residents should be given the opportunity to elect members to the Board. The mayor should retain some participation in the process by appointing a Board President, so that there is accountability shared between the Mayor’s Office and the Board. Elected officials become accountable to the citizens they represent – and keeping some appointment powers with the Mayor’s Office ensures that the Mayor and the Board are accountable to each other.

Q: What reforms would you propose for the city's TIF program?
A: The TIF program must be reformed to bring it back into compliance with its original purpose; to promote recovery in economically blighted areas. I support reforms that add objective criteria and formula driven designations for what constitutes economic blight. I also support reforms that help protect taxpayers from subsidizing projects that would have occurred even without the subsidy. Further, I believe that a single TIF in a specific geographic area should not be subject to renewal.

·    Reducing the cost of doing businesses in Chicago for small businesses. Streamlined licensing and inspections. Revisions of city code to bring it up to 21st century standards and to help incorporate new business models and strategies.
·    Work with retailers in the ward to sell or feature products made in Chicago over big brand products.
·    Chicago does not have a Small Business Ombudsman. As alderman, I will create an office within the City Council to help small business owners navigate through Chicago’s bureaucracy.
·    Expand government partnerships between Chicago and Cook County. Both government bodies would benefit from expanded partnerships. Sharing financial resources to promote economic development will allow the city to be synergistic with the county
·    Expanding programs like the 1871 technology incubator across the city using existing infrastructure.

A: I will support an ordinance to reduce the city council to 25 Alderman. The staffing resources for an alderman should be commensurate with the service demand – whether for one alderman or for 50. One alderman could serve a larger constituency if the resources are allocated appropriately.

I am skeptical of the promised economic benefits from expanded gambling. Casinos do provide revenue for cash-starved governments, but they can also place a burden on those same governments with increased social costs. Casinos can take discretionary spending away from other entertainment alternatives, rather than adding to the overall economy. I would consider supporting a new casino in Chicago if the site were appropriate (not Navy Pier), and if the city were the primary beneficiary of the revenue generated by the expanded gambling, and not a private entity.

Q:Does the city have an acceptable number of red light and speed cameras currently, and are they properly employed?

Please explain:
The city has too many red light and speed cameras. The program needs to be overhauled and redesigned with safety in mind – not revenue generation. With the hefty fines, questions about the integrity of the program, and the concerns with the placement in areas where traffic incidents have been historically low, the program has lost its credibility. An appropriate traffic study should be performed with collision data to help assess where speed cameras should be placed, and there should be a specific criteria to determine which intersections are given red light cameras.

Q:What are the top three issues in your ward — the ones you talk about most on the campaign trail?
A: Investing in stronger public education. I support efforts that will better fund public education, hiring more teachers to help reduce classroom size, and supporting the expansion of early childhood education.
Building safer communities. Chicago is a city defined by its neighborhoods – neighbors identify with and take pride in the section of Chicago call home, and it is vitally important that they feel safe in their own neighborhood.  As a longtime CAPS volunteer, I understand the importance of community involvement in law enforcement, and will make neighborhood safety a top priority.
Strengthening ethics and transparency practices within city government. I will work to ensure that residents of the 2nd Ward have more access and opportunity to voice opinions towards programs, projects, and developments that will impact our neighborhoods. Opening government decision making to greater transparency will further hold elected officials accountable to Chicago’s residents. 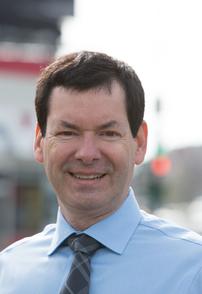